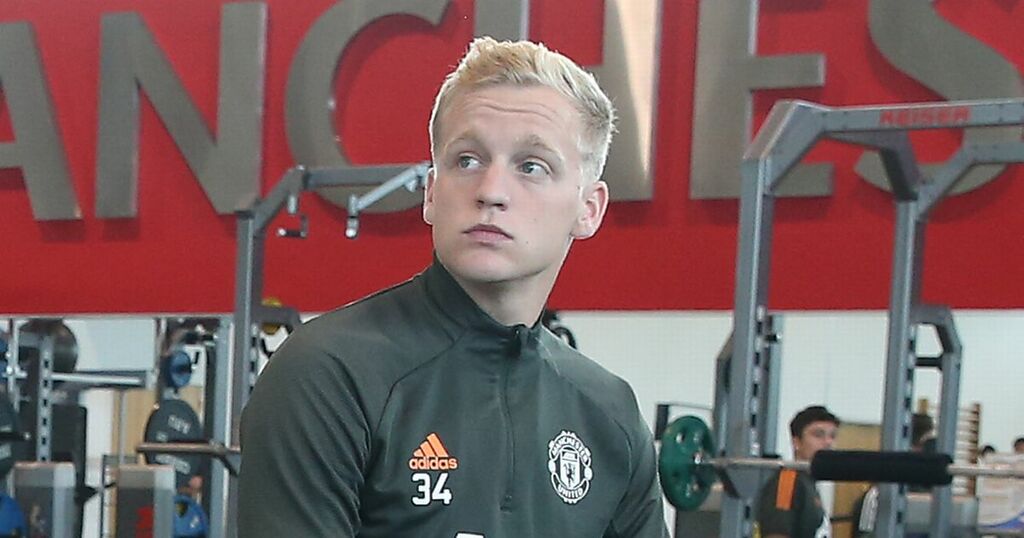 Donny van de Beek is one of a few Manchester United players conducting himself professionally behind the scenes at Old Trafford despite his lack of game time, according to Rio Ferdinand.

United have been rocked by reports of huge problems behind the scenes in recent weeks, with claims the dressing room has become divided into two factions.

Worrying claims that certain individuals want out at United and are causing trouble to orchestrate moves away have also emerged.

But Van de Beek, despite being on the peripheral at Old Trafford and playing very little football since his £35million transfer from Ajax in the summer of 2020, is said to be conducting himself very well amid the turmoil.

Have Your Say! Does Van de Beek deserve more game time at Man Utd? Tell us in the comments.

"There are types of players in these situations," said Ferdinand, referring to how individuals at Manchester United have been behaving amid the current turmoil on his Rio Ferdinand Presents FIVE YouTube channel.

"A player like a Donny van de Beek, who is conducting himself very well from what I hear from people on the inside, who just isn't getting game time.

"You're happy for those guys to go and find time to play.

"And there are other players who understand being a sub and being on the peripheral of a squad and that they're impact players at times of the season. They know they're going to get minimal time and accept it.

"And there's a third type who is sitting there and they're saying I'm not playing and I'm going to cause havoc to get out. Cause ructions, leak stuff in the media, be a disruption in the changing room and training ground.

"They're a bad egg and you want them to get out.

"You go to the manager and say get rid of that quick because we don't need that in here. They're going to destabilise this changing room and they're not going to get any better. They're not good people to have around."