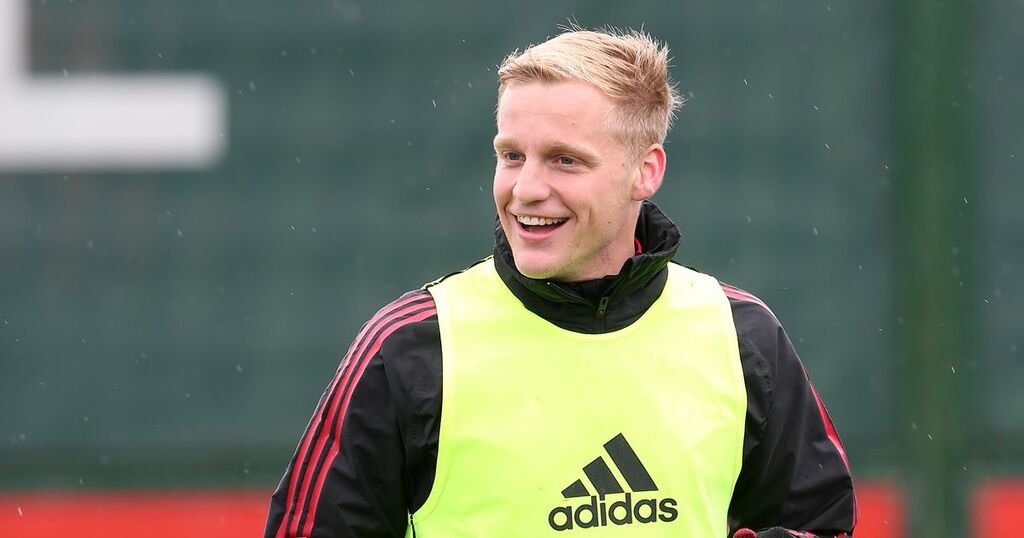 Juventus have reportedly contacted Donny van de Beek’s agent to gauge the interest in a move for the Manchester United midfielder in the January transfer window.

The 24-year-old made 36 appearances in the 2020/21 campaign, but just four were Premier League starts, and that situation is yet to improve this season, with Ole Gunnar Solskjaer handing him just three appearances so far.

He showed his disappointment by reacting angrily on the substitutes’ bench after being overlooked in United’s 2-1 win over Villarreal in the Champions League on September 29.

Van de Beek’s irritation at a lack of game time has manifested itself in links with other clubs and Juventus are reportedly interested in signing him in January.

La Stampa reports that Juve director Federico Cherubini has ‘made contact’ with the Dutchman’s agent to discuss the possibility of a mid-season transfer.

Van de Beek is a close friend of Juventus centre-back Matthijs de Ligt and their relationship could be key to any move away from Old Trafford.

The duo both came through the Ajax academy to play for the Amsterdam club before moving away, with De Ligt joining Juve a year before Van de Beek went to United.

According to the report, this is not new interest because Juventus were also in contact with Van de Beek’s entourage over the summer.

Calciomercato have provided more detail behind the transfer links, claiming Juve will be looking to sell both Aaron Ramsey and Weston McKennie in January to make room for Van de Beek.

The Turin club hope Newcastle and Everton will be interested in former Arsenal midfielder Ramsey, while Tottenham could provide a home for USA international McKennie.

Should Manchester United sell Donny van de Beek in January? Have your say in the comments section below.

Juve would try to sign Van de Beek on loan with an option or obligation to buy because Manuel Locatelli’s arrival from Sassuolo has not solved their midfield problems.

Juventus have also reportedly got their eye on Monaco star Aurelien Tchouameni, who helped France win the Nations League final on Sunday.

Tchouameni is still only 21 years old and has won just five caps, but played alongside Paul Pogba in midfield as France came from behind to beat Spain 2-1 in the final.

He is under contract with Monaco until June 2024, but Calciomercato reports that the youngster could be available for just £29.75m (€35m).

Juventus’ other pressing concern is to find a new centre-forward and there is one clear option there: Fiorentina’s Dusan Vlahovic.

The 21-year-old Serbian striker is currently under contract with Fiorentina until June 2023, but has recently rejected the offer of a club-record five-year extension put forward by club president Rocco Commisso.