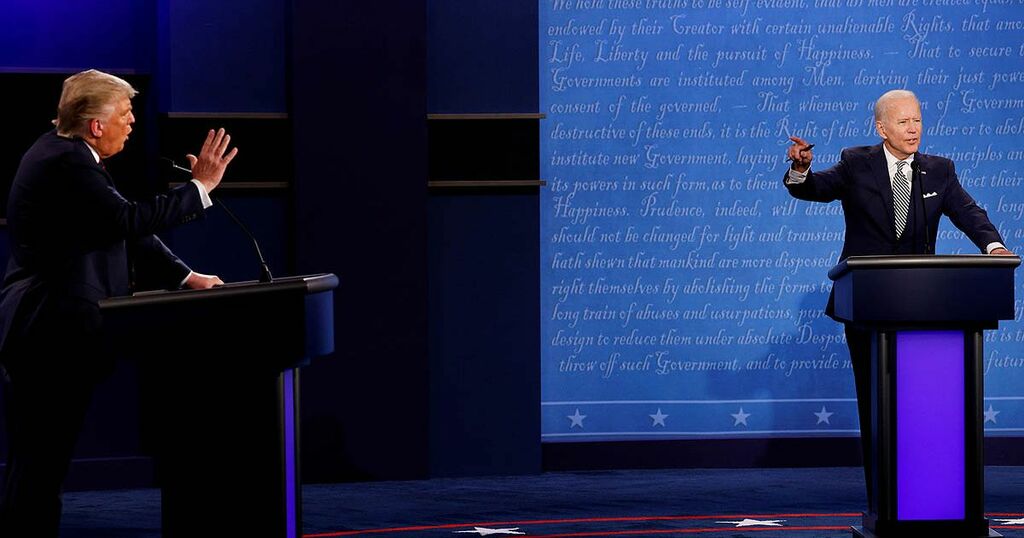 Trump, who served as the 45th President of the United States from 2017 until the start of this year, made the call out for a fight with Biden as part of a promotional event for Saturday night's Evander Holyfield comeback bout against Vitor Belfort.

Former President Trump, 75 was asked if he had to box anybody in the world on the boxing card, and he responded with his typical gusto, offering a match-up to President Biden, 78.

"Well if I had to pick somebody in the world, I'd take a pass on the professional boxers," he said.

"I think probably my easiest fight would be Joe Biden, because I think he'd go down very very quickly.

"He once said he'd like to take me behind the bar and that I'd be in big trouble - I think Biden would go down in the first few seconds."

Trump will commentate on Holyfield vs Belfort as part of a special "gamecast" on the fight card which includes David Haye's comeback bout against Joe Fournier.

Who would win in a boxing match between Trump and Biden? Let us know in the comments.

“I love great fighters and great fights,” Trump said of the event. “I look forward to seeing both this Saturday night and sharing my thoughts ringside.

"You won’t want to miss this special event.”

Holyfield's fight against Belfort will now be classified as a professional contest on his record after the card was moved to Florida from California to get the fight sanctioned.

And his comeback has now been officially confirmed as taking place at the Seminole Hard Rock Hotel and Casino in Florida, with the contest scheduled over eight two-minute rounds.

The 58-year-old former heavyweight champion stepped in as a late replacement for Oscar De La Hoya, who had to pull out of the bout due to coronavirus.

De La Hoya was hospitalised with the illness, despite being double-vaccinated.

The legendary American has not fought since his 2011 victory over Bryan Nielsen that signalled the end of his career, having won 44 contests across the cruiserweight and heavyweight divisions.

Trump has always had an involvement in combat sports, after staging his own UFC shows in a successful business venture with Dana White, who later backed his second term campaigning for presidential office.

He also hosted a number of high-profile boxing matches at his casinos in Atlantic City during his time as a businessman, before running for office in 2016.

Trump defied the odds to defeat Deomcratic candidate Hillary Clinton in the 2016 Presidential election, but lost his bid for re-election to Biden last year.

It is unsure if he will run again in 2024, approaching the age of 80, but he has re-emerged in the public eye of late as the mid-terms approach next year.