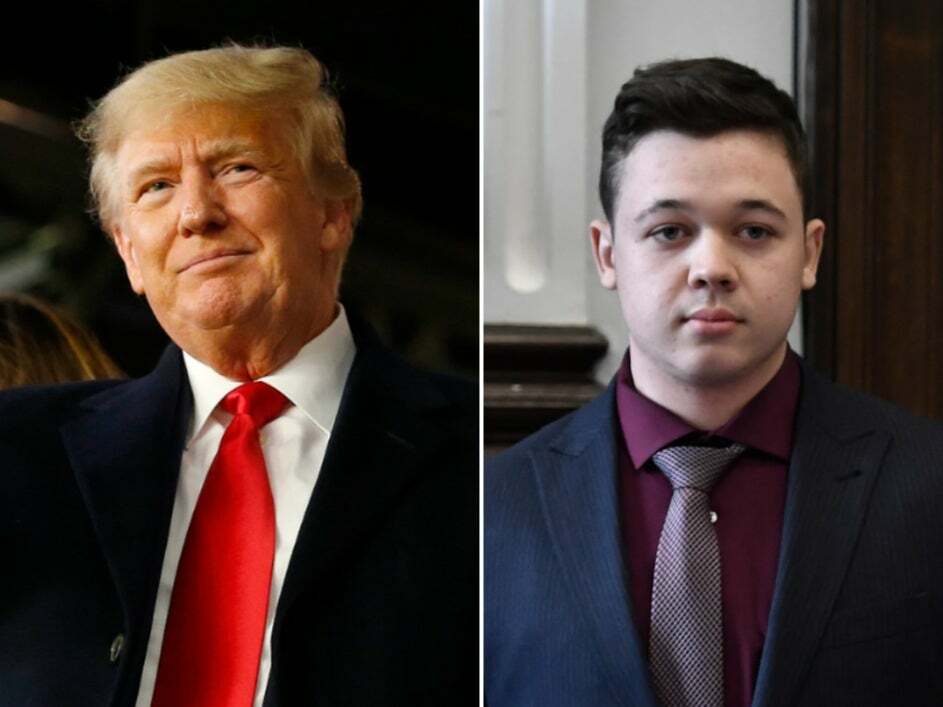 Donald Trump has weighed in with his thoughts on Kyle Rittenhouse being acquitted of homicide after he fatally shot two men and wounded another at an anti-racism protest.

Rittenhouse was found not guilty on all five charges in his homicide trial.

He claimed to have shot the men in self-defence, and his acquittal has sparked right-wing celebrations online.

In a tweet posted by spokesperson Liz Harrington, Trump’s statement said: “Congratulations to Kyle Rittenhouse for being found INNOCENT of all charges. It’s called being found NOT GUILTY—And by the way, if that’s not self defense, nothing is!”

"Congratulations to Kyle Rittenhouse for being found INNOCENT of all charges. It’s called being found NOT GUILTY—And by the way, if that’s not self defense, nothing is!" - President Donald J. Trump pic.twitter.com/D56gd2K56f

Meanwhile, the not guilty verdict has led to protests in the US, according to Sky News.

Briefly chatting with reporters on Friday, President Joe Biden said of the verdict: “I just heard it [the verdict] a moment ago. I didn’t watch the trial.”

Full Q and A on the Rittenhouse verdict and President Biden on South Lawn this afternoon. pic.twitter.com/JVO4m3mY8v

When asked by a reporter if he stood by a past comment he made “equating [Rittenhouse] to white supremacy,” Biden replied: “Well look, I stand by what the jury has concluded. The jury system works and we have to abide by it.”

In a later statement, Biden said: “While the verdict in Kenosha will leave many Americans feeling angry and concerned, myself included, we must acknowledge that the jury has spoken.”

“I know that we’re not going to heal our country’s wounds overnight, but I remain steadfast in my commitment to do everything in my power to ensure that every American is treated equally, with fairness and dignity, under the law.”

He added: “I urge everyone to express their views peacefully, consistent with the rule of law. Violence and destruction of property have no place in our democracy.”