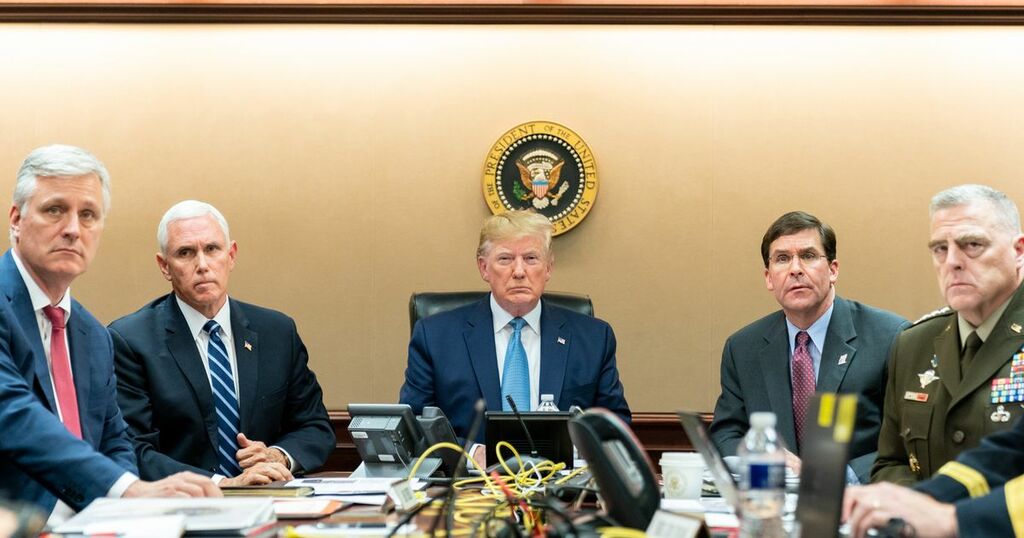 Donald Trump’s top military advisor stepped in to limit the former-president’s ability to launch nuclear weapons following the US Capitol attack on January 6, due to a worry he could "go rogue", it is claimed in a new book.

The military boss was so worried by Trump’s mental state that he limited his powers over the military including launching nuclear weapons, it is said in the new book “Peril”.

It states that Milley was “certain that Trump had gone into a serious mental decline in the aftermath of the election, with Trump now all but manic, screaming at officials and constructing his own alternate reality about endless election conspiracies.'

Milley feared that Trump could “go rogue” it is alleged.

The top military advisor is alleged to have called a secret meeting in his Pentagon office on January 8 and told officials not to take orders from anyone unless he was consulted.

The book which is based on more than 200 interviews gives a disturbing account of Trump being out of control.

Famed journalist Woodward and Costa, of the Washington Post, have had access to documents and other records in the lead up to the Capitol Hill attack and its aftermath.

It is also claimed in the book that Milley saw an “extraordinary risk” to national security from Trump and he had two back-channel phone calls with China’s top general who was on high alert over what was happening in the United States.

The book details a conversation between Milley and House Speak Nancy Pelosi where he tries to tell her not to worry about a nuclear threat from Trump.

Pelusi is claimed to have said: "What I'm saying to you is that if they couldn't even stop him from an assault on the Capitol, who even knows what else he may do? And is there anybody in charge at the White House who was doing anything but kissing his fat butt all over this?"

She continued: "You know he's crazy. He's been crazy for a long time."

According to the book, Milley responded: "Madam Speaker, I agree with you on everything."

It was after the call that Milley decided he had to take action and be vigilant over any military action.

"Milley was overseeing the mobilization of America's national security state without the knowledge of the American people or the rest of the world,” said the book.

It is alleged that the fear was a “wag the dog” move where Trump could try and launch a domestic or international crisis to distract from his election defeat.

Trump continues to baselessly claim the election was rigged.