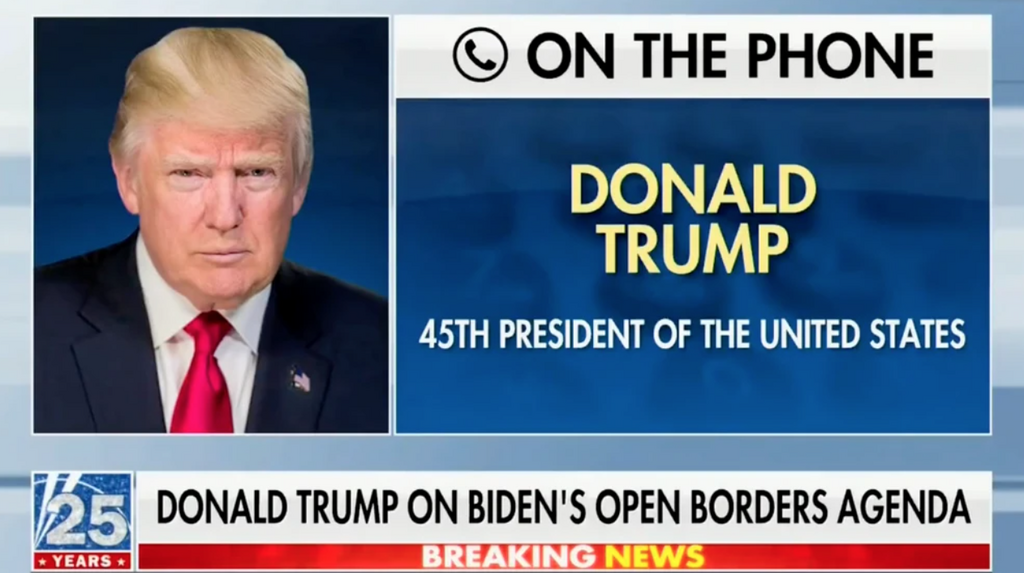 Hannity, who claimed he was “pro-immigration,” asked Trump whether he believed the migrants attempting to enter the country should be required to have a Covid test, a security check to make sure they don’t have “radical associations,” and provide proof that they “won’t be a financial burden on the American people.”

The Fox News host himself deemed these as “pretty fair conditions” which Trump also supported before he brought up “one other thing that nobody talks about.”

“So, we have hundreds of thousands of people flowing in from Haiti. Haiti has a tremendous AIDS problem. AIDS is a step beyond. AIDS is a real bad problem,” he rambled.

Trump continued to rant, “Many of those people will probably have AIDS and they’re coming into our country. And we don’t do anything about it. We let everybody come in.”

“It’s like a death wish for our country,” the former President added.

As it turns out, Trump’s claim that “hundreds of thousands” of Haitians are seeking asylum at U.S. borders is wrong. As of last week, Homeland Security Secretary Alejandro Mayorkas said during an online legal conference that 13,000 migrants in Del Rio, Texas are waiting to have their asylum cases heard before a U.S. immigration judge.

Many people decided to flee Haiti after experiencing two deadly earthquakes and after Haitian President Jovenel Moïse was assassinated in July.

The number of migrants is now estimated to have reached 15,000. However, since September 19, the U.S. government has expelled more than 7,000 migrants on flights back to Haiti.

This isn’t the first time Trump has made racist comments about Haiti. In 2018, Trump made headlines for calling Haiti and African nations “shithole countries” during an Oval Office meeting with lawmakers and suggested the U.S admit more immigrants from places like Norway instead.