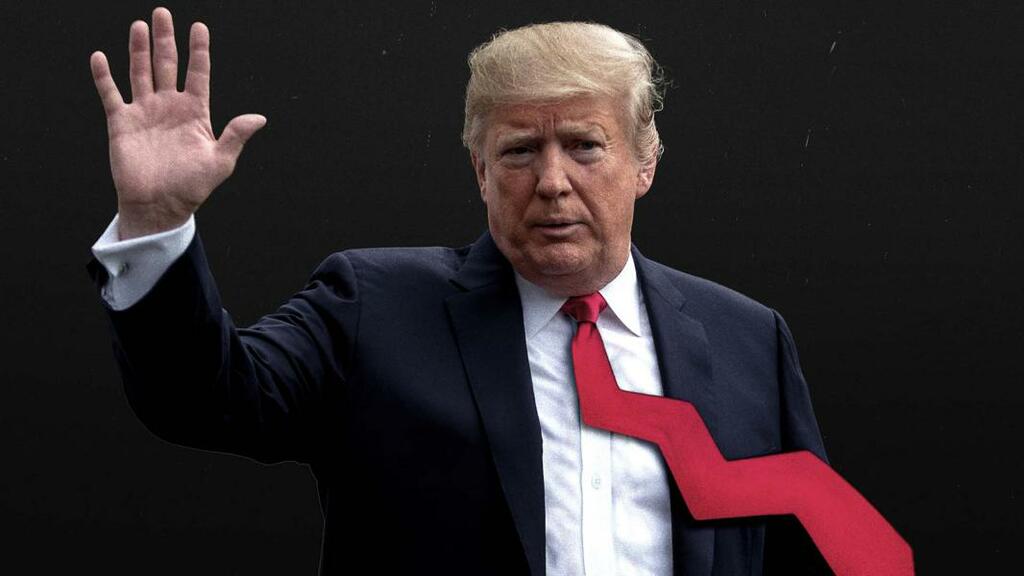 Donald Trump is worth an estimated $2.5 billion, leaving him $400 million short of the cutoff to make this year’s Forbes 400 list of America’s richest people. The real estate mogul is just as wealthy as he was a year ago, when he stood at No. 339 on the ranking, but he is down $600 million since the start of the pandemic. Technology stocks, cryptocurrencies and other assets have thrived in the Covid era. But big-city properties—which make up the bulk of Trump’s fortune—have languished, knocking the former president out of the nation’s most exclusive club.

If Trump is looking for someone to blame, he can start with himself. Five years ago, he had a golden opportunity to diversify his fortune. Fresh off the 2016 election, federal ethics officials were pushing Trump to divest his real estate assets. That would have allowed him to reinvest the proceeds into broad-based index funds and assume office free of conflicts of interest.

TUMBLING OFF THE FORBES 400

From 1997 to 2016, Donald Trump maintained a spot in the top half of The Forbes 400. But things took a turn for the worse the year he won the presidency. After five years of dropping in the rankings, he’s now off the list entirely.

Others in the executive branch have little choice but to listen to ethics officials. People who hold assets that might conflict with their day jobs in government run the risk of violating the criminal conflicts-of-interest law. The president, however, is exempt from that statute, as Trump proudly noted during a press conference nine days before entering the White House. “I could actually run my business and run government at the same time,” he told a crowd of reporters assembled in Trump Tower. “I don’t like the way that looks, but I would be able to do that if I wanted to. I would be the only one that would be able to do that.”

Trump decided to hang onto his assets. At the time, they were worth an estimated $3.5 billion, after subtracting debt. If he had instead chosen to sell off everything, there is a chance that he would have had to pay significant capital gains taxes. Trump acquired his five most valuable holdings long ago, so he likely has huge untaxed gains locked in each of them. If he paid the maximum possible capital gains tax—23.8% to the federal government, plus 8.8% to the New York State authorities on every penny he owned—that would have shaved about $1.1 billion off his fortune, leaving him with $2.4 billion on the first day of his presidency. But what would have appeared to be a huge sacrifice at first could have turned into a lucrative realignment. By plowing that $2.4 billion in an index fund tracking the S&P 500, for example, Trump’s fortune would have ballooned to $4.5 billion by now, leaving him 80% richer than he is today. His refusal to divest, in other words, cost him $2 billion.

TRUMP’S NET WORTH OVER TIME

And that’s a conservative estimate—it could have cost him far more. A little-known section in the federal tax code allows government workers who get rid of their holdings to obtain a document called a certificate of divestiture, which enables them to avoid paying capital gains taxes. Think of it as the government’s way of enticing officials to do the right thing and avoid conflicts of interest. Since Trump was not subject to the conflict-of-interest statute, however, he may not have been able to secure the perk. Walter Shaub, who ran the Office of Government Ethics at the time Trump was transitioning into his new role, told Forbes he would have been happy to hand Trump a certificate of divestiture, but it’s not clear whether officials inside the Internal Revenue Service would have honored the document. Trump’s team didn’t even ask about it, according to Shaub. “They never showed any interest in divestiture,” he said.

Close-mindedness has its costs. If Trump had managed to avoid capital gains taxes, he could have theoretically reinvested $3.5 billion into the S&P 500 on the day he entered the White House. In that alternate scenario, Trump would have been worth an estimated $7 billion by this September, when Forbes locked in estimates for its annual list, enough to earn a spot as the 133rd-richest person in the country. Instead, he’s off The Forbes 400 for the first time in a quarter-century.

SEE THE RICHEST PEOPLE IN AMERICA IN 2021