Florence Pugh and Harry Styles go back in time in "Don't Worry Darling," Allison Janney has a very special set of skills in "Lou," and Tyler Perry tackles his passion project in "A Jazzman's Blues," all of which are among this week's new movies and streaming titles.

Here's a look at what's new in theaters and at home this week, where to find them and whether they're worth your time.

"Don't Worry Darling": It's one of the year's most talked-about movies, for reasons that don't have anything to do with what's on screen. The backstage drama from the making of "Don't Worry Darling," director Olivia Wilde's Palm Springs-set psychological thriller, has all but engulfed the conversation surrounding the film, and after seeing the movie itself, well, the backstage drama is a lot more interesting than what happens front and center. At least the desert looks magnificent. In theaters.

"Lou": Academy Award-winner Allison Janney — she won for "I, Tonya" — is a hardcore survivalist in the Pacific Northwest who helps her neighbor (Jurnee Smollett) track down the man who kidnapped her daughter, and along the way she beats some guys senseless using a can of food as a weapon. If this is Allison Janney starting her Liam Neeson phase, who's going to tell her no? On Netflix.

"A Jazzman's Blues": Tyler Perry wrote the script for this epic drama back in 1995, put it in a drawer, and is revisiting it now. Call it his passion project, his story of love and music and racism, set in the Deep South over a 10-year period in the 1930s and 1940s. It's more earnest and serious than many of Perry's productions, and at times it's clunky, but the filmmaker's sincerity shines through in the end. On Netflix.

"Catherine Called Birdy": Writer-director Lena Dunham goes back to the '90s — the 1290s, that is — in this rather delightful coming of (middle) ages comedy about a teenager (Bella Ramsey) fighting for her independence against the order of the day. In theaters, on Prime Video Oct. 7.

"Sidney": The life and legacy of the magnificent Sidney Poitier is examined in this respectful if by-the-numbers documentary from director Reginald Hudlin. On Apple TV+.

"Athena": An incendiary French drama with a breathtaking visual sweep and a sometimes muddled sense of purpose. On Netflix.

"Avatar": The 2009 blockbuster is back on screens this weekend, ahead of the December launch of its sequel, "Avatar: The Way of Water." In theaters. 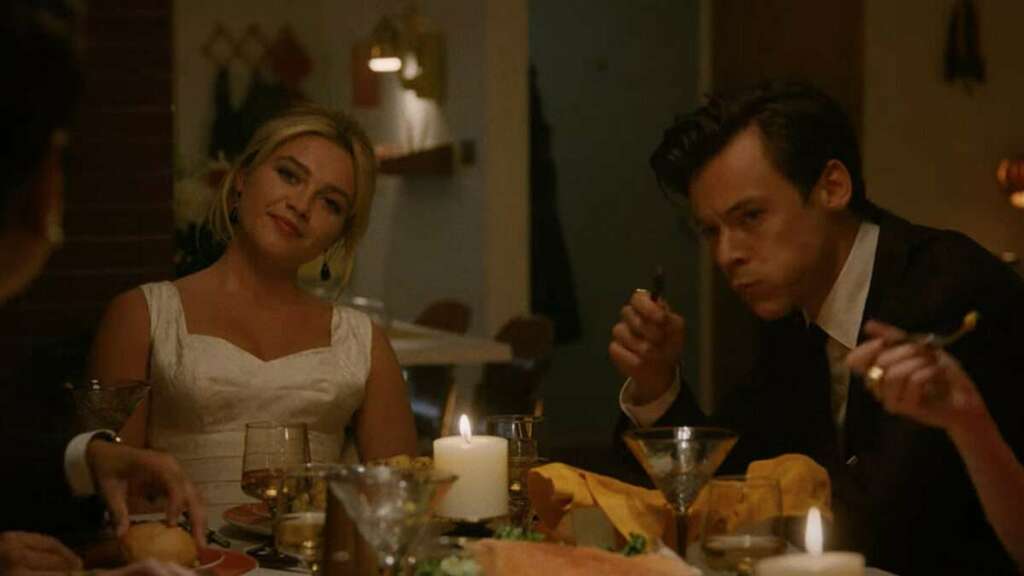 Reason
From analysis to the latest developments in health, read the most diverse news in one place.
Tyler Perry goes back in time for his latest Netflix flick ‘A Jazzman’s Blues’
ATLANTA — In 1995, Tyler Perry was a broke, struggling screenwriter who would sneak into Alliance Theatre plays during intermission,…

Tribune News Service
Movie review: 'Don't Worry Darling' dazzling, but murky beneath the surface
There didn’t seem to be any reason for worry, darling, when it was announced that actress-director Olivia Wilde would follow…

The divisive multi-hyphenate has delivered a surprisingly stirring period romance, a passion project for him that could spark a drastic…

The Guardian - US
Review: With 'A Jazzman's Blues,' Tyler Perry looks forward by looking back
Forbidden love, the racism of the Deep South and a thorny murder-mystery are the ingredients of Tyler Perry's "A Jazzman's…

Tribune News Service
One place to find news on any topic, from hundreds of sites.
Lou review – Allison Janney gets her Taken but leaves us wanting