Don't take our eyes off the ball 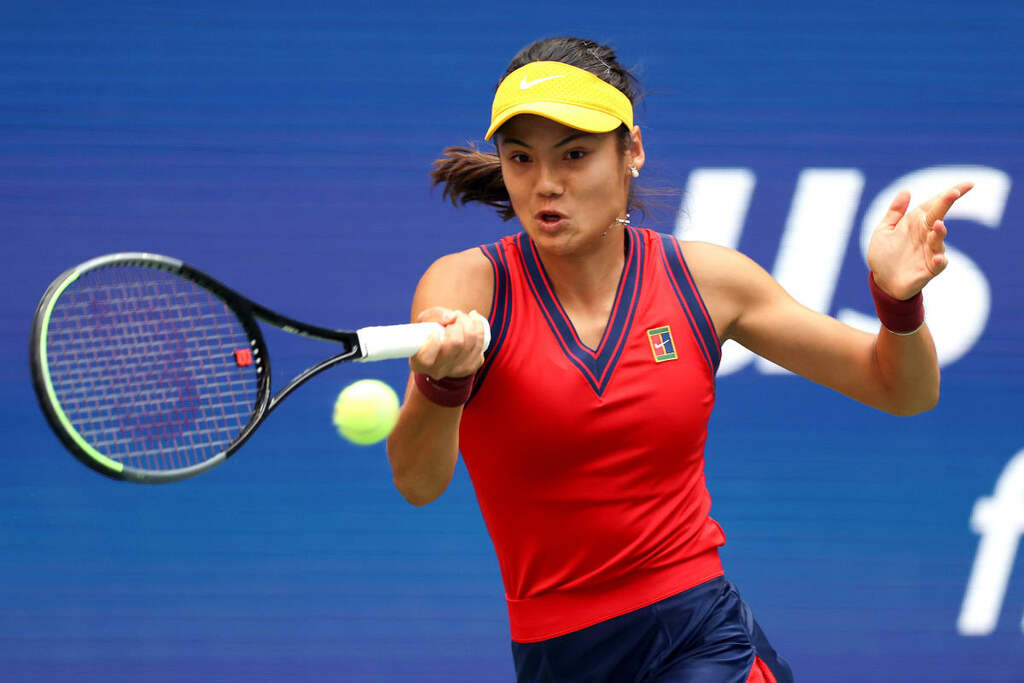 From football to sailing, netball to tennis - in the space of one week, sport made some important steps towards equality. But, Suzanne McFadden writes, there were also stark reminders of the global problems facing women's sport.

I took a week off work – sure, there aren't a lot of places to go in a lockdown - but I've returned to find a small shift in the sporting landscape, taking it that much closer to equality.

In a week when we were coming down off the Olympic-Paralympic double high, when the country wasn’t yet ready to take to the field again thanks to Covid-19, so much still happened in women’s sport.

There was the revelation of a women's America's Cup - where every team who contests the next America’s Cup (venue still unknown) must field a four-woman crew to race on a scaled-down 40ft foiling monohull in their own regatta. Opening the door for more women to sail for the holy grail of yachting has been something LockerRoom has pushed for over a few years now. At least the AC37 women's event is a step in the right direction.

The Wellington Phoenix will finally field a semi-professional female team in Australia’s W-League this summer, a move which will no doubt boost the women’s game here, and help prepare our Football Ferns for the 2023 World Cup co-hosted by New Zealand. It comes with restrictions: the team must be based in Australia and field at least seven Australians. But, again, they're on the right track.

There were smaller wins, too: Gold medalist Holly Robinson collecting the award for a Paralympic moment of gratitude, after thanking the officials for their hard work when she won the javelin F46 in Tokyo.

And with the Constellation Cup between the Silver Ferns and Australia in October postponed last week because of the pandemic, Netball NZ showed their adaptability, quickly organising a three-match series for the Ferns against the NZ Men instead. Not only does it help the Ferns with their Commonwealth Games preparation, it bolsters the growing relationship between the men's and women's games.

Then on Sunday, we watched two teens battle out an extraordinary women’s final of the US Open, stealing a good deal of the limelight away from Novak Djokovic’s bid to become the first man in half a century to win a calendar-year Grand Slam. It gave us an insight into the future of women’s tennis – hopefully for the better.

But there were reminders during the past week, too, that we can’t take our eye off the ball.

The Afghanistan women's soccer team were "saved from a nightmare" - evacuated from Kabul, and given humanitarian visas to live in Australia - after the Taliban took control of their country. But other Afghan athletes have not been so fortunate.

A Taliban spokesperson told Australia's SBS TV that women's sport - including women's cricket - would now be banned in Afghanistan. They do not allow women to be seen with their face or body uncovered.

Cricket Australia say if this stance proves to be true they will have no alternative but to cancel the first-ever men's test between Australia and Afghanistan in November. "Our vision for cricket is that it is a sport for all and we support the game unequivocally for women at every level," their statement read.

And here, where our sportswomen increasingly have a voice, some of our top female athletes spoke up on Suicide Prevention Day. World junior BMX champion Jessie Smith (below) wrote on her social media accounts how much she misses her friend, Olympic cyclist Olivia Podmore, a month after her death, and admitted she still struggles with her own mental health most days.

Paddler Kayla Imrie shared how heavily the past two years have compounded on her mental wellbeing: missing Olympic selection and having her wedding plans postponed twice by the pandemic.

And while the US Open showdown was a historic celebration of a new generation of strong young women, it was also served up a reminder of the importance of keeping them safe.

Brit Emma Raducanu is 18; her opponent Canadian Leylah Fernandez, 19.  Drawn on the side of the court in the Arthur Ashe Stadium were the numbers 9/11/01 – a date so deeply and painfully etched in New York City’s history; a date before either player was born.

The ESPN commentators chose to call them mostly by their first names and kept returning to just how special the moment was. “There’s not going to be a loser in this match,” tennis great Chris Evert said.

No woman in the Open era has ever won in only their second Grand Slam (she made the fourth round of Wimbledon this year). She didn’t drop a set in 10 matches on the bounce. And it was also the 18-year-old’s first long trip away from home, and without her parents, who couldn’t get to New York because of Covid travel restrictions.

Raducanu and Fernandez, both unseeded, played with the kind of physical power, athleticism, speed and shot selection you’d expect from world tour veterans. Players they’d stepped over to reach the final.

For just shy of two hours, they played out long, dramatic rallies, swinging the momentum back and forth, but with a lightness – not weighed down with expectation.

During the tournament, Fernandez often spoke about having fun, producing a game the crowd would enjoy. Raducanu’s team kept having to change the date on her airline ticket home.

And they both spoke with a maturity that belied their youth. Especially when a disheartened Fernandez took the microphone to address the crowd afterwards, acknowledging the 20th anniversary of 9/11. “I just hope I can be as strong and as resilient as New York has been these last 20 years,” she said, and the crowd erupted.

Raducanu and Fernandez came through the junior Grand Slam ranks together. They both have roots in Canada, and come from multicultural backgrounds. (Raducanu has a Romanian dad and a Chinese mum, was born in Canada and moved to England aged two; Fernandez’ dad – and coach – is from Ecuador, while her maternal grandparents are from the Philippines.)

It was the first all-teen Grand Slam final, men’s or women’s, since 1999 when Martina Hingis was upset by a 17-year-old Serena Williams. Both those women, though, were already in the top 10 in the world.

Fernandez turned up at Flushing Meadows ranked #73 in the world; she’d never been further than the third round at a major tournament. Raducanu was ranked 150th as she stepped up for the qualifiers on the back courts of the Billie Jean King National Tennis Center; today she’s No.23. And US$2.5m (NZ$3.5m) richer. She can now buy a new pair of air pods after annoyingly misplacing hers before her first qualifying game.

That’s a priority for Raducanu right now, and long may that be the case. Tennis needs to protect its very young stars, and let them be teenagers.

This is a sport where you're constantly seeded and ranked, the numbers next to your name predicting where you should finish. Where players are on the road for months at a time, expected to turn up and turn it on week after week. Where there is such a high rate of burn out, injuries, suffocating media attention, and public and sponsor expectation.

Even this week we saw four-time Grand Slam champion Naomi Osaka, a leader of the last next-gen, lose her cool in her loss to Fernandez, and then announce she wanted to take a break from tennis for a while.

American Sloane Stephens, the 2017 US Open champion, received more than 2000 “vile messages” on her social media after her third-round exit from this tournament. It was nothing new, she said, just part of the wave of “never-ending hate” directed at her.

Evert, who played in her first Grand Slam at 16, had her own wish for Raducanu and Fernandez.

“What I hope for these two young ladies in the future, they have people who are going to protect them and have a good team around them who are going to give them the space they need. Who are going to let them be teenagers and live a normal life and not get overloaded with endorsements and over-playing tournaments. You want to seem them healthy first.”

And her advice to the players themselves: “Enjoy it, because life will never be the same.”

Hopefully, with the help of all of us surrounding our sportswomen, it will just get better.