'Don't move unless you want to get shot': Dramatic moment armed police arrest teens suspected of having a gun 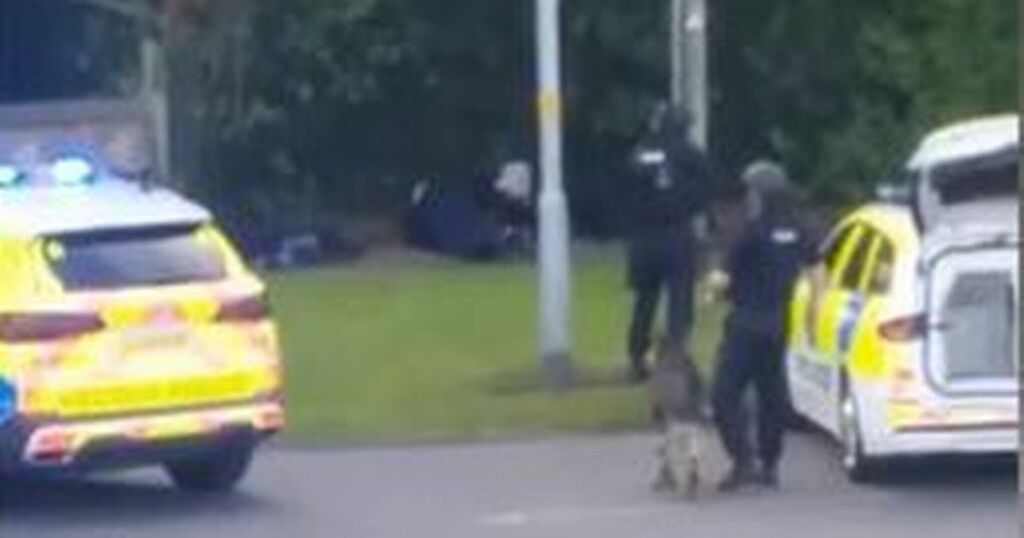 This is the dramatic moment armed police arrested three teenagers suspected of having a gun.

Mobile phone footage shows firearms and dog units in Warrington after reports were received of three men - possibly armed with a pistol - nearby.

In the video, officers can be heard ordering the suspects to lie face down on the ground, amid shouts of 'Get on the floor - do it now!', the Liverpool Echo reports.

They can also be heard saying 'Arms on your head, every single one of you, don't talk to each other,' and 'Don't move unless you want to get shot'.

Witness Sarah Delooze said: "It happened just outside my house. There were three boys cornered by police with dogs.

"It was pretty dramatic with all the shouting. It's a scary world with that all that going on on your doorstep. I was really shaken up."

A Cheshire Police spokesperson said: "At 1.35pm on Sunday (October 10), police were called to reports of three men who were possibly armed with a pistol on the central reservation of Winwick Road, Warrington.

"Local officers, supported by the firearms unit, were dispatched to the scene and three teenagers, two aged 16 and one age 19, were subsequently arrested on Poplars Avenue on suspicion of possession of a firearm with intent to cause fear or harm.

"Two of the teenagers have since been released under investigation pending further enquiries, while the third teenager, aged 16, remains in custody at this time."