Don't mount your iPhone to a motorcycle, or risk breaking the cameras 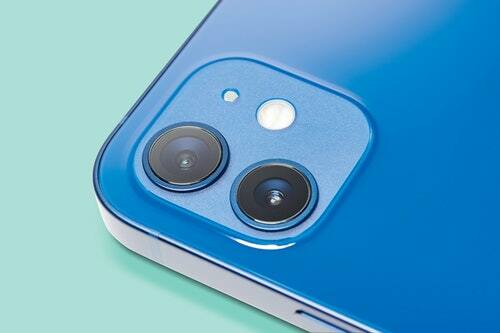 Apple is warning motorcyclists not to mount iPhones to a bike’s handlebars or chassis because doing so could degrade the devices’ camera system. In particular, devices from the iPhone 6 Plus and onward feature an optical image stabilization sensor (OIS) that can be affected by prolonged exposure to high-amplitude vibrations.

The iPhone isn’t the only phone sensitive to the impact of motorcycle vibrations. Ask just about any rider and they’ll tell you that the moving parts in a phone with OIS, like Google’s Pixel line, are susceptible to damage from harsh motorcycle vibrations. The sensors are mounted onto cradles that move according to the angle of a gyroscope, ensuring there’s no blurriness if your hand shakes while taking a picture or recording a video (the camera will remain pointing in the direction of the gyroscope even if your hand is moving slightly). But the cradles can only tolerate so much harsh movement before they break.

Despite its commonality, however, it appears that Apple is the only company that’s been brave enough to come out and acknowledge the weakness.

Riders typically avoid the issue by leaving their phones in a pocket, but there are also new vibration dampening tools on the market to muffle harmful vibrations. Apple recommends buying one of these mounts, like this popular one from Quad Lock, which says that its dampener uses a suspension system to reduce over 90 percent of vibrations.

Another idea? Buy an electric motorcycle. They don’t use combustion engines, and therefore don’t vibrate like gas bikes. The lack of vibrations also just makes for a more comfortable riding experience in general.