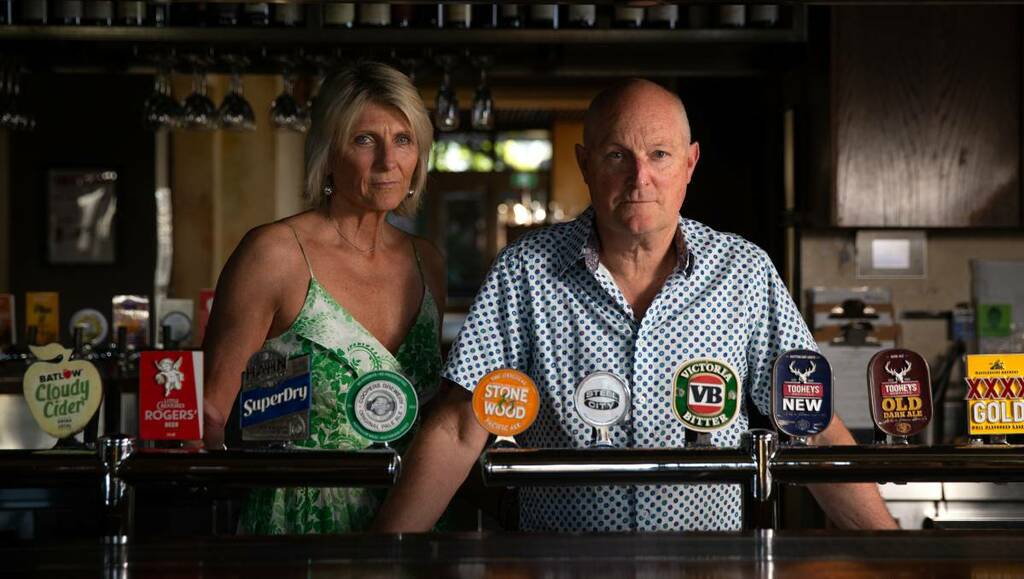 I CAN'T say that I blame Burwood Inn co-owners Tony and Sandra Dart, Stag and Hunter Hotel and Customs House owners for having apprehensions about the vaccine roadmap, ("Roadmap rules a high bar to clear for pubs", Newcastle Herald 10/9). It seems that for too long now, licensed premises in NSW, and especially in Newcastle, have been given a raw deal.

The lockout laws both in Sydney and Newcastle dealt a very hard blow for businesses. Unreasonable and unrealistic noise restrictions continue to force live music venues to have to change their business models (and lose plenty of money in the process), and now pubs and clubs are suffering even further with extremely difficult expectations put on them regarding the terms of which they may reopen.

I find it nothing short of completely and utterly ridiculous that pubs and clubs should be subject to one person per four square metres inside when the same conditions do not apply to supermarkets. While social distancing and masks may be mandatory in supermarkets, I can't recall anyone in a supermarket enforcing either, or even refusing entry to anyone without a mask, despite masks being one of main conditions of entry into any licensed premises.

WALLSEND electorate is so privileged to have a wonderful and tireless worker in Sonia Hornery. She and her team are constantly updating important information relating to COVID, lockdown, vaccinations, exposure sites and answering to the needs of her community. Ms Hornery and her team answer hundreds of questions daily to a grateful audience.

Ms Hornery always knows and delivers the latest information. Thank you for your fantastic commitment to all the people in Newcastle. You are a really good person, a great example of a politician and a worthy role model for all. You are a true humanist and we are all lucky to have you as our representative.

WHAT can you say about the intelligence of some of our politicians, I ask? They are a gift that just keeps on giving. Two examples of complete stupidity displayed this weekend. Firstly, Tony Abbott being caught out not wearing a mask and standing still talking to someone. His response was similar to asking what are we coming to, dobbing in people and becoming health police.

This was closely followed by NSW Health Minister Brad Hazzard being asked to comment on the huge crowds seen lazing about on several Sydney beaches. His response was basically that he's not too worried about that, and we know that getting out into the fresh air is good for us. I mean, what the hell is going on here? We have had COVID laws drawn up to protect us and this is the tripe coming out of the mouths of our so-called leaders. I'm sure the police are impressed with all that and it should make their difficult job so much easier, don't you think?

NEWCASTLE Basketball have asked for a deferral in the development application of their building of the new Basketball Stadium in Hillsborough/Charlestown. This decision was gut-wrenching for the residents living near the proposed site.

The reason the residents are so concerned is because if the development should be approved many believe they will have to sell their homes, that their parking on Waratah Avenue will go if the stadium is approved.

Many of the residents are seniors or residents with chronic illnesses who need parking on the street.

READING Michelle Grattan's analysis of the conflict within the federal Liberal-National coalition that is preventing federal government action on climate change, it is almost impossible to believe that Australia has Scott Morrison and Barnaby Joyce leading the country, ("PM between Biden and Barnaby", Opinion 11/9).

Both are in my belief so determined to retain their own positions in government that they are prepared to ignore this "existential threat to our lives" (to quote another political opportunist, Kevin Rudd), just so that they can hang on to their positions. To Mr Morrison and Mr Joyce it is all about numbers; not the number of degrees increase in temperature that the planet can withstand but the numbers of supporters that they can count on in their respective parties.

In my opinion their behaviour and actions demonstrate that they are unfit to be in parliament, let alone lead the government.

THE UN, NASA and leading world scientists have been warning the world loudly and clearly for many years, and of late with even greater emphasis, that unless the burning of coal to produce energy ceases very quickly Earth will no longer be capable of supporting life.

The Scott Morrison-Barnaby Joyce Federal Coalition Government has inexplicably made it clear that they will continue to mine, burn and export coal in the long term because it earns billions of export dollars for Australia. There is a saying that anyone who says that money is not important is either a fool or a liar, or most likely both. But common sense dictates of course that there must be a sensible limit.

The warnings from the UN, NASA and scientists concerning climate change are of an incredibly serious nature. Can our Coalition government really believe that Australia's earnings from mining and exporting coal are more important than life itself?

Perhaps the only plausible explanation is that many members of the federal Coalition do not either understand or believe that climate change is a proven scientific fact. This is the only explanation that makes any sense and will be the cause of great worry for many Australians.

Get handle on bike lane clash

YESTERDAY I was getting out of a bus in Hunter Street at the Steel St south stop near Marketown East. That stop has now also been moved back several metres from Steel St. making it further to walk but that just means more exercise!!

As I stepped down off the bus I was very nearly knocked down by a bicycle rider. The rider did apologise but the bicycle lane is parallel to and right next to the footpath.What are riders meant to do at bus stops? Surely there must be a better/safer way.

What is done in other cities/countries?.And this is here in Newcastle, apparently before the bike lanes are a week old.

DUE to the fact the federal government will not mandate the compulsory vaccination for COVID-19, in my view it could be illegal for any business to refuse entry to patrons based on the fact they are not vaccinated. It would be a case of blatant discrimination. It should be left up to individual patrons of said business to decide whether they are comfortable being in the company of unvaccinated people. The government cannot pass the buck onto individual businesses.

THE NSW QR check-in process is only good for locations in NSW. The proposed COVID Vaccine Passports will be the same - only good for use in NSW. It seems that each state will be developing their own unique passport. The Commonwealth Government is also intending to create COVID Vaccine Passports. Why can we not have just one passport that is recognised throughout Australia? It seems a huge waste of time and money for each state to be competing to be the first in almost everything nowadays.

PEOPLE who are not vaccinated will not be able to enter any establishments so if you live in the Supercars circuit and are not vaccinated there's nowhere you can go. So Christine Everingham's question about what the council intends to do doesn't need to be answered. No jab, no go as per NSW GOV recommendations.

THINK of this for a bit: the $750 net disaster payment in a lot of cases has increased the net wages of a lot of employees between $190-300 a week in a time when a lot of businesses are struggling.I get disappointed that staff can keep their jobs, work 18 hours a week, be excessively better off weekly and lay on the beach in a blatant breach of COVID restrictions. I guess Richard Clapton in the 70's was right; we're doing fine in the lucky country.

CAROL Selmeci (Short Takes, 14/9) there is a simple answer to your question "Why is it that we have so many selfish, self-righteous people living amongst us?": John Howard's Australia.

IF as Peter Davey insists) Scott Morrison is such a "family man", why did he choose to break with logic and tradition and not move his family to Canberra? Mr Morrison instead chose to be FIFO and opted for Josh Frydenberg as a housemate. He then proceeded to rub every father's face in it.

WHY can't the federal government do something aboutfuel prices? If and when we get out of lockdown at the current fuel price I believe it would cost a lot to travel anywhere, probably as much as your accommodation. The government seems powerless.