Don't give up: festivals are coming back 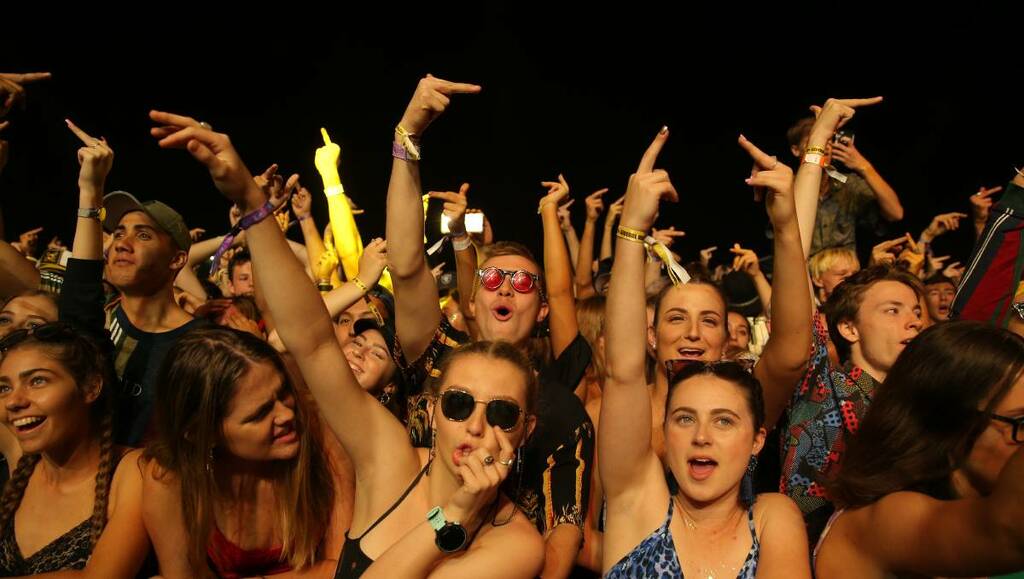 THAT sensation of swaying side by side in a sea of bodies as you sing along to your favourite act under the stars is one that feels like a distant memory since Covid-19 came knocking in 2020.

Live music has been stopped in its tracks and large-scale outdoor festivals have been few and far between, with many cancelling and rescheduling events multiple times as they face the ongoing challenges that the pandemic has placed on the industry.

Festivals are poised to make a comeback this year and there is plenty to choose from including the return of Byron Bay Bluesfest and Splendour In The Grass, so here are 10 of our top picks - it's time to get planning and remain optimistic.

The touring festival takes in venues across the country from January to March with 13 shows in locations in the Hunter Valley, Ballarat, Wollongong, Fremantle, Cronulla, Hobart, Glenelg, Coffs Harbour, St Kilda, Mildura, Coolangatta and Canberra. The line up varies at each event which features the likes of Missy Higgins, Xavier Rudd, Birds of Tokyo, The Waifs, Pete Murray, John Butler, The Teskey Brothers, Holy Holy and Boy & Bear. For full details and tickets visit summersaltmusic.com.au

This That festival is hitting two states this year as it makes a long-awaited comeback after delays due to you-know-what. Kicking off in Newcastle at Wickham Park on February 26 before moving to Sandstone Point in Queensland on March 5, This That pulls together an eclectic line-up of electronic, hip-hop, rock and pop artists across two stages with the likes of Polish Club, Client Liaison, The Presets, The Rubens, San Sisco, Meg Mac, Spacey Jane, Jack River, Dune Rats and Illy. Line ups vary at the two locations so check the website for details. Visit thisthat.com.au

In the same way that Bluesfest is much more than a blues festival, the annual four day Port Fairy Folk Festival is back to prove that it's more than just folk music when it returns to the seaside town of Port Fairy in Victoria. The festival has attracted a long list of high profile names since its inception in 1977 and this year brings together Australian acts such as Bob Evans, Ash Grunwald and Lior alongside international names including Irish Mythen and Cedric Burnside. In addition to music, the festival offers workshops, forums, music theatre, film and a children's program of events. Visit portfairyfolkfestival.com

Wollongong's Yours and Owls Festival is returning bigger and better this year, with a larger site and bigger capacity when the event is held at Stuart Park. The line-up is huge, with around 70 acts performing including headliners Hilltop Hoods, Bliss n Eso, The Jungle Giants, Flight Facilities, Peking Duck, BENEE and Violent Soho alongside Jack River, San Cisco, Ruby Fields, The Meanies, L D R U, Lucas Brasi and the return of reformed Sydney indie rock band Faker. Camping is available. Tickets at moshtix.com.au

Bluesfest organisers are hoping third time's a charm for the upcoming event which has been plagued by a run of bad luck with cancellations due to Covid since 2020. The 33rd edition of the festival stars more than 100 acts and heavily features homegrown artists this year, including Paul Kelly, Midnight Oil, The Teskey Brothers, The Waifs, John Butler, Xavier Rudd and honorary Aussies Crowded House. Promoter Peter Noble promised that international acts would be on the bill too and that he has done with George Benson, The Wailers, Marcus King and Morcheeba flying in for the four-day event over the Easter long weekend at Byron Events Farm in Tyagarah. Camp - or "glamp" - on-site at the festival or find accommodation in nearby Byron Bay. Visit bluesfest.com.au

The travelling music festival is returning after a lengthy break and while it is doing so at a reduced capacity with three events this year instead of six as planned in 2020, there has never been a better excuse for a road trip to head to your nearest show. The line-up is expected to be announced this month and if past years are anything to go by, there should be plenty of good stuff to get excited about. Artists who have previously played at the Moo include Tame Impala, Billie Eilish, Hilltop Hoods, The Black Keys and Flume. Groovin the Moo lands at Maitland Showground, NSW on April 23, Exhibition Park in Canberra on April 24 and the Prince of Wales Showgrounds in Bendigo, Victoria on April 30. Keep an eye on gtm.net.au for announcements.

Live music on the water at the Gold Coast sounds good, right? Even better is the fact that the entire event is free to enjoy. Now in its 20th year, Blues On Broadbeach spans four days and nights with performers playing across multiple stages and venues around the Broadbeach precinct which means you can catch a show and stop in at a cafe, bar or restaurant in between sets. This year's event includes Bondi Cigars, 8 Ball Aitken, Emma Donovan and The Putbacks, Mia Dyson, The Soul Movers and The James Morrison Motown Experience. No ticket is required for entry. Visit bluesonbroadbeach.com

SPLENDOUR IN THE GRASS

Splendour is the closest thing Australia has to England's iconic Glastonbury Festival in terms of line-up and experience. After delaying its 20th anniversary celebrations in 2020 (and again in 2021) Splendour In The Grass makes a long awaited return to the event's bushland site at North Byron Parklands in July. International headline acts at the three-day festival are Gorillaz, The Strokes and Tyler, The Creator who join the likes of Yeah Yeah Yeahs, Liam Gallagher, Kasey Musgraves and Jack Harlow. Homegrown talent includes DMA's, Ruby Fields, Genesis Owusu, Baker Boy, The Chats and Violent Soho. As well as music, Splendour has a bunch of weird and wonderful distractions to ensure the weekend is an unforgettable one. Tickets are sold out but a resale facility will be in operation prior to the event, so keep an eye out at splendourinthegrass.com

A DAY ON THE GREEN

Various locations and dates across Australia

The long-running chilled out A Day On The Green events are finally back in 2022 with a huge line-up of international and Australian acts gracing the stages throughout the year at wineries across the country including Midnight Oil, Crowded House, Rod Stewart and The Killers. An all-Aussie festival featuring Lime Cordiale, Thelma Plum, Client Liaison, The Vanns, Merci Mercy and Teenage Dads is also part of the A Day On The Green offering this year, taking in Peter Lehmann Wines in the Barossa Valley on April 10, Mt Duneed Estate in Geelong on April 16, and Heifer Station Wines in Orange on April 24. For info about events and tickets, visit adayonthegreen.com.au