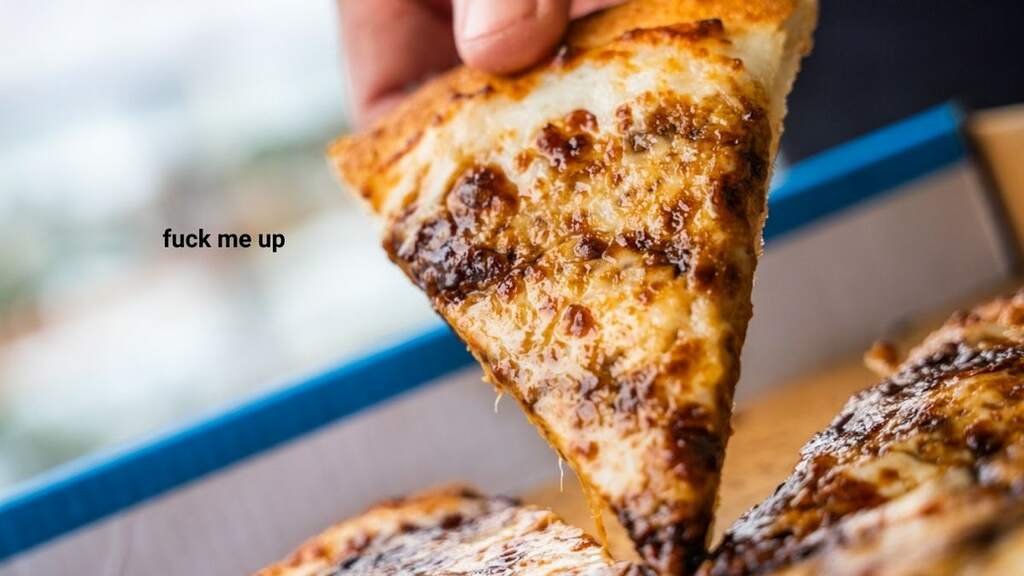 Unlike some recent chaotic pizza-fusion abominations (KFC, I’m looking at your pizza doubles), Domino’s has dropped a new limited edition item that is the most overdue collab of our time — a cheese and Vegemite pizza.

Look, as much as I do enjoy a funky food fusion, lately some of these deliciously heart attack-inducing creations just haven’t been doing it for me. Maybe it’s because I’ve spent the last three months of lockdown trying every vile combination of my guilty pleasures possible, or maybe it’s because the constant competition is overwhelming.

I’ve become a hermit, not just in the physical sense, but in a spiritual one — right down to what I eat, which is just a repeated cycle of all my simplest comfort foods.

Clearly Domino’s knows my soul though, because their new mozzarella Vegemite pizza, beautiful in its simplicity, is exactly what I’ve been wanting when I’m craving a snacc but don’t actually want anything that’s ~too much~. (Yes, I am a nightmare when it comes to deciding what to eat).

This Vegemite/Domino’s baby is a result of the people’s desires, after the pizza giant asked if fans they would give the the salty goodness a go.

Obviously everyone freaked out and practically screamed “YES” (we’re talking 30,000 likes and 12,000 comments celebrating this potential creation) and Domino’s delivered. Well, not literally. Or maybe, if you order one. Anyway.

Domino’s Cheesy Vegemite Pizza is available for three weeks only starting today, across stores all over Australia for pick up and delivery. Unless they sell out, in which case this blessed time in our lives will be over even sooner.

So, if you want one, get in quick!

The post Domino’s Has Created A Limited Edition Vegemite Pizza & We Vege-Might Just Love This appeared first on Pedestrian TV.