By Yuthika Bhargava and Jagriti Chandra 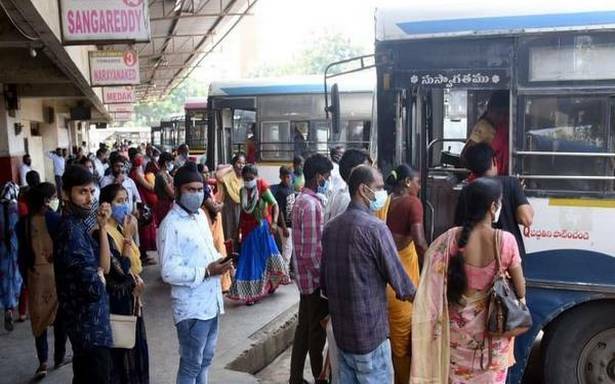 The festival season is upon us and domestic travel is speeding up. Rail bookings in October have surpassed pre-COVID-19 levels, and demand for air travel too has recovered from the impact of the second wave of the pandemic.

Long queues, a crowded terminal building, machines breaking down, missed flights and frayed tempers — this is how passengers described the scenes at Mumbai airport last week. On Sunday, passengers posted pictures on social media of Delhi airport with serpentine queues at the entrance to the airport building.

Numbers tell the story behind these images.

As on October 8, the Indian Railways was running 1,701 mail/express trains daily on an average, including holiday specials, which is only marginally behind pre-COVID-19 average of 1,768 trains.

The Indian Railway Catering and Tourism Corporation (IRCTC), which is the sole entity authorised to offer online railway ticket booking services, has also seen average daily reservations cross 13 lakh in the first week of October as against the pre-COVID-19 average of 9 lakh reservations per day. An IRCTC official added that with the festive season beginning, the average daily figure is expected to increase to 14 lakh reservations.

“We recently restored tour packages that were offered pre-COVID-19. Initially, there was good demand for packages for Leh, Ladakh, Kashmir, Goa, and Andaman and Nicobar Islands. We are currently seeing a slight shift from leisure tourism to pilgrimage tourism,” the official said.

The official added that when the company announced the recommencement of the ‘Ramayana Yatra Train Tours’, the entire train was booked within five days. The strong demand has led to the decision to run three additional trains for this tour.

Up in the air

This upswing coincides with another landmark achievement in air travel. On Saturday, October 9, air travellers on domestic routes in India breached the 3-lakh mark — a feat unseen since the second wave of COVID-19 dampened enthusiasm for travel.

Following the chaotic scenes in Mumbai last Friday, both Delhi and Mumbai announced their decision to reopen passenger terminal buildings they had closed because of the dip in traffic. Mumbai decided to reopen Terminal 2 from October 13 instead of October 20, and Delhi airport said that it would resume flights from Terminal 1 from November 1. This is the first time since May 2020 that Delhi has decided to reopen Terminal 1, in addition to its other two passenger terminal buildings — Terminal 2 and Terminal 3.

The government, too, recently decided to remove the limits on the minimum and maximum fares an airline can offer if a traveller is booking a ticket more than 15 days in advance.

As a result, airfares tumble down if you book well in advance, with airlines seeking to further spur demand and fill their aircraft to shore up revenues from advance bookings. Sample this — a Delhi-Bengaluru flight that costs ₹7,422 on October 11 is priced at ₹3,170 on November 11; a Mumbai-Ahmedabad flight at ₹4,262 today will cost a mere ₹1,760 a month from now; a Delhi-Goa flight at ₹15,045 today is priced at ₹8,058 a month from now.