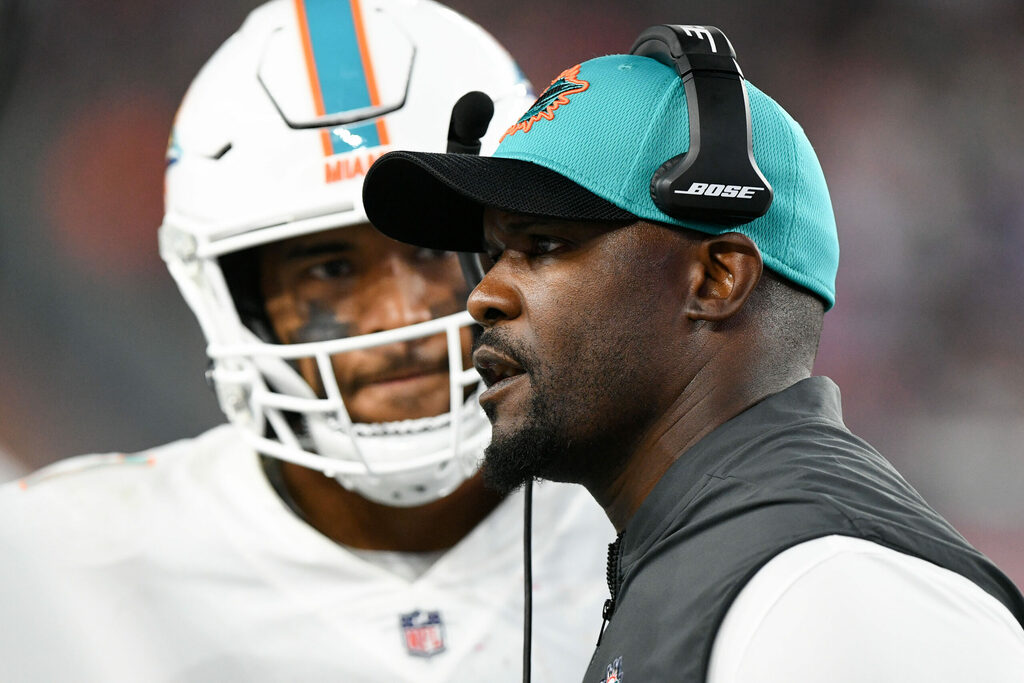 The Miami Dolphins flew up to New England and took on the long-time dominant force in the AFC East, the Patriots, for the second consecutive season with their season opening game. Like when these teams met last year in this situation, it was a closely contested football game. But, unlike last year, this time the Dolphins won the turnover battle and, more importantly, won the game, 17-16.

This is an important notch in the belt of head coach Brian Flores.

Believe it. Flores’ Dolphins started 0-7 in 2019, highlighted by blowout losses to the Ravens, Patriots, Cowboys and Chargers to open the year. Last year, Miami coughed the ball up three times against New England to lose 21-11 and then folded late against the Buffalo Bills to fall into an 0-2 hole in the AFC East that would eventually cost the team a playoff spot.

This year’s schedule offers some similarities — but the script has been flipped for Flores this time around as his team managed to do what they couldn’t last year: win the critical early season matchup. It wasn’t pretty at times. But Flores understands that the early-season dynamics make it harder to play a ‘beautiful’ game.

“There is never been a perfect game played. That’s just never happened. So there is always corrections to make, always things you can improve on, especially early in the year trying to find the things you do well. I mean, there is a little bit of trial and error at this point in the year. I think that’s every team. I think every coach is going to get up there and say there is a lot of corrections we need to make,” said Flores after the game.

With just his second career win in September in hand, the Dolphins are hopeful to continue the reversal of their fortunes next week when the Bills come visiting South Florida after making those corrections as best as they can. This team has been focused on starting fast; and they’ve now done that with a critical win against the Patriots to open the year. Now the question isn’t can the team start fast, but how fast can this team potentially start?