Discount chains Dollar Tree and Dollar General rallied after reporting upbeat quarterly results and outlooks, erasing most or all of their losses from last week's bloodbath, despite concerns over rising prices and their potential impact on consumers.

The results arrived amid signs that some customers were diverting more spending to groceries, as higher prices force more customers to prioritize basics and the benefits of pandemic stimulus cash a year ago fall away. However, department store chain Macy's on Thursday raised its outlook.

"Despite tough comparisons to last year and the absence of stimulus dollars, Dollar General's and Dollar Tree's better than expected Q1 results demonstrates that the consumer is trading down and looking for the best value, amid an unprecedented inflationary environment that is causing disposable income to shrink, especially for the lower end income demographic," Moody's retail analyst Mickey Chadha said in an email.

Dollar Tree and the other specialty discounters reported in the wake of last week's massive retail stocks sell-off, led by Walmart and Target.

The two big-box giants missed earnings estimates, guided lower on profit and reported bigger stockpiles of unsold goods, as more customers try to cover rising grocery prices. And they cited difficulties managing fuel, food and staffing costs along with faltering or shifting demand, raising concerns about the road ahead for their smaller rivals.

As with Walmart and Target last week, Dollar Tree, Dollar General and Burlington reported rising inventories, with some of the extra baggage due to higher prices and more expensive goods.

Dollar Tree, which also owns Family Dollar, earned $2.31 a share during its first quarter. That was above estimates for $2 per share. Revenue rose 6.5% to $6.9 billion. That topped estimates for $6.762 billion.

Same-store sales climbed 4.4%, above forecasts for a 2.2% gain. Operating income margin rose to 10.6%, helped by Dollar Tree's recent decision to sell most items for $1.25 at its namesake U.S. stores.

Shoppers, it said, were "responding favorably" to that higher price. And the company also said other strategies, like an expanded selection of items sold at $3 and $5, were "working." Still, as with Walmart and Target, inventories were well up from a year ago.

Dollar Tree said it expected full-year earnings per share of $7.80 to $8.20, up from a prior forecast. Wall Street expected $7.96 for the full year.

The chain also raised its full-year sales forecasts to a range of $27.76 billion to $28.14 billion. The midpoint was slightly below analyst expectations.

Dollar Tree said it expected a "a mid-single-digit" same-store sales gain for the year, led by gains in its namesake stores. That appeared to be above Street estimates for a 3.6% gain.

Shares spiked 22% in the stock market today, reclaming its 50-day line. The advance helped it regain all the losses it suffered last week. DLTR stock plunged nearly 20% at that time.

With prices rising for essentials like gas and groceries, retail stock analysts have grown more concerned about the impact on demand from consumers, who benefited from pandemic-related stimulus cash last year.

Inflation might steer some customers toward off-price stores. But lower-income shoppers are likelier to be hit hardest by price increases and a possible recession.

Dollar Tree has said raising prices on most items to $1.25 would help it broaden its product offerings. But the company also made that decision after a spike in shipping costs.

Russia's invasion of Ukraine, along with pandemic-related bottlenecks in the world's supply chains, have made it more expensive for companies to buy and ship goods to store shelves. Both nations also produce or export a big chunk of the world's oil and grains, and the supply and trade disruptions have raised the price of food and gasoline.

Unlike the other two retail stocks here, Dollar Tree has also been the target of an activist investor. That investor, Mantle Ridge, has taken a stake in Dollar Tree, reportedly with hopes of strengthening the performance of Family Dollar, a chain that Dollar Tree owns. Mantle Ridge has also shaken up Dollar Tree's board.

Shares have a 71 Composite Rating. Their EPS Rating is 60.

Same-store sales also weren't as bad as expected. That figure fell 0.1%, compared to expectations for a 1.3% dip.

However, gross profit as a percentage of sales slipped during the quarter. The company attributed that shift to "a greater proportion of sales" from consumable products, which include food, paper and cleaning products. Those products have a lower gross profit rate.

The company's merchandise inventories, per store, rose 13.3%. Dollar General attributed that increase to rising prices and "a greater mix of higher-value products."

Dollar General forecast sales gains of around 10% to 10.5%, up from prior expectations of roughly 10%. It stuck with its per-share profit outlook for a 12% to 14% gain. The company said it expected same-store sales growth of around 3% to 3.5%, up from earlier expectations for a 2.5% increase. All those forecasts were above Wall Street's expectations.

The stock has a 68 Composite Rating. Its EPS Rating is 81.

They noted that Dollar General grew same-store sales, on average, 8% in the 2001 recession and through the Great Recession. And they said they believed the company had retained new customers as a result of the hit the economy took after Covid-related restrictions.

Same-store sales tumbled 18%. That was worse than expectations for a 14.1% drop.

The company said it was "disappointed" with the results. And it said it was up against strong same-store sales growth last year, and that those sales fell more than anticipated.

"The biggest driver of this sales miss was that inventories were too low and unbalanced in February and March," CEO Michael O'Sullivan said in a statement.

Those trends improved during the quarter, helped by efforts to raise inventories. But the company said sales trends remained downcast.

"We had anticipated that 2022 would be a difficult year in retail but the economic environment, especially the impact of inflation on lower income shoppers, is having a greater impact than we had expected," he said. Merchandise inventories were up 64%.

Burlington said it expected same-store sales to fall between 6% to 9% for its full year. It expected earnings per share of $6 to $7. Both were worse than FactSet estimates.

Burlington stock has a 32 Composite Rating. Its EPS Rating is 59.

Target said it hadn't expected the drop in demand for bigger-ticket purchases, leaving it with things like TVs, sporting goods and appliances that it couldn't sell.

Walmart said its inventories had jumped around 33% during the first quarter, due to rising food prices and "aggressive" purchases of things like clothing. But it expressed confidence that it could roll back prices to thin out those levels. While it said it catered to a wide variety of customers, some were switching to cheaper, private-brand groceries in some cases.

CEO Doug McMillan, during Walmart's earnings call, said that in the U.S., "we knew that we were up against stimulus dollars from last year, but the rate of inflation in food pulled more dollars away from (general merchandise) than we expected as customers needed to pay for the inflation in food."

"We like the fact that our inventory is up because so much of it is needed to be in-stock on our side counters, but (the) increase is higher than we want." 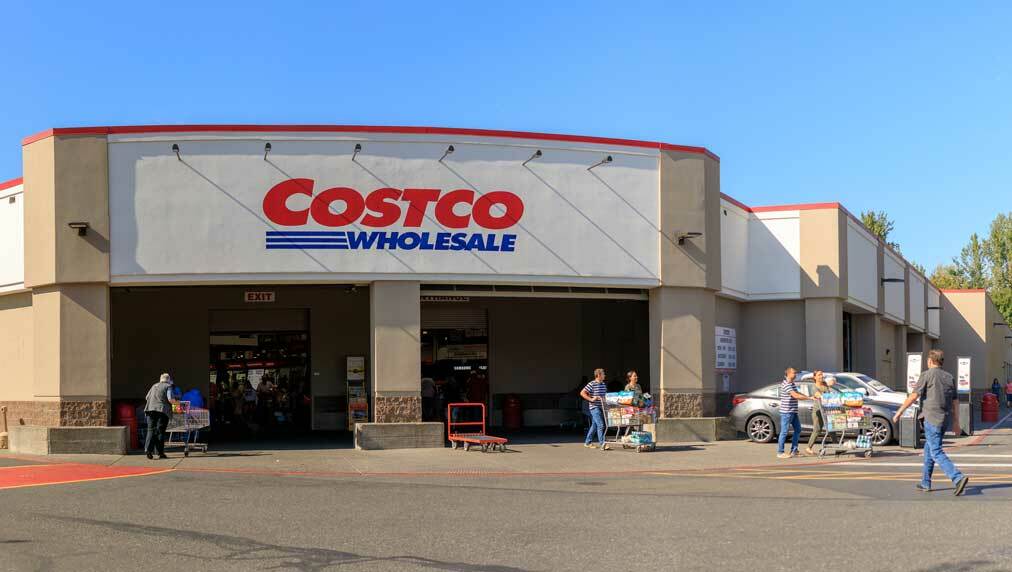 Indexes climbed more than 1% Thursday morning, as the stock market extended a rebound, and pleasant surprises in the retail…