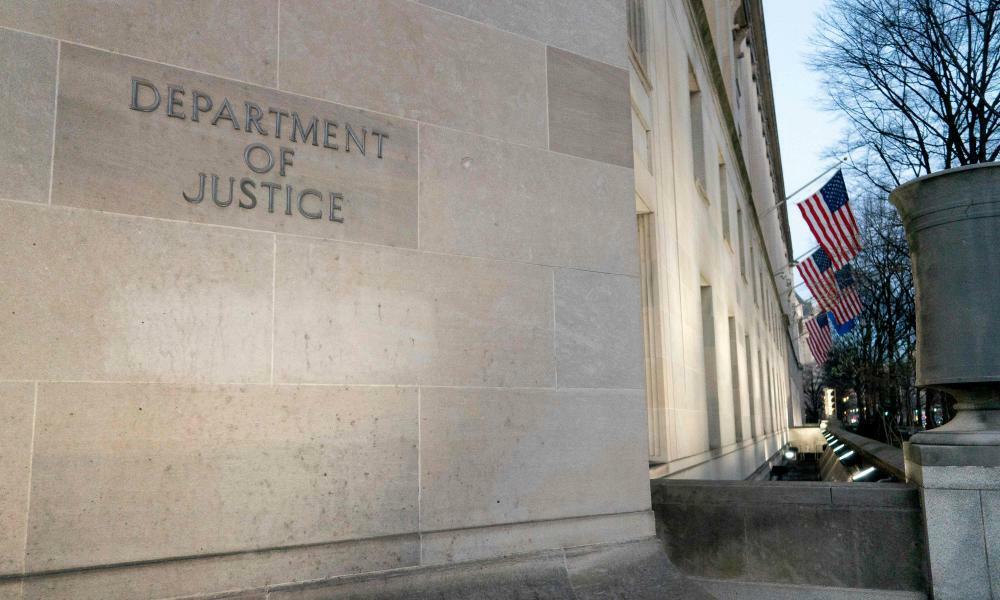 Politico
One subscription that gives you access to news from hundreds of sites
First Thing: first war crimes trial in Ukraine begins

The Department of Justice under former President Donald Trump reportedly issued a subpoena to obtain a reporter’s phone number amid a review of the administration’s border policy on child separation.

The Guardian reported on Thursday that Stephanie Kirchgaessner, its investigative correspondent in Washington DC, had her phone number handed over to former US President’s justice department (DoJ) without her or her employer knowing.

The newspaper said it had asked the DoJ for an explanation after a freedom of information request revealed the subpoena on Thursday. Subpoenas are very rarely issued for reporters.

It came in the wake of articles about a DoJ review of the Trump administration’s border policy on child separation, with estimates suggest saw 3,000 minors separated from adults.

The DoJ’s inspector general, Michael Horowitz, was in charge of the review into the policy. A report was published in January 2021 which found the department “failed to effectively prepare for and manage the policy’s implementation”.

Prior to that report, The Guardian,The New York Times and NBC News were handed information by DoJ officials about the ongoing probe into the Trump policy. The leaks were the subject of an internal review that saw Ms Kirchgaessner’s phone number subpoenaed.

More than 100 calls between DoJ officials and Ms Kirchgaessner viewed by the department as evidence. Another 130 calls were identified as being with a phone number associated with The Guardian .

Katharine Viner, The Guardian’s editor-in-chief, said in a statement on Thursday that it was “an egregious example of infringement on press freedom and public interest journalism by the US Department of Justice”.

“We will be asking the DoJ urgently for an explanation for why and how this could have occurred, and for an apology,” she continued. “We will also be seeking assurances that our reporter’s details will be erased from DoJ systems and will not be used for any further infringements of press freedom.”

The revelations came after a reporter, Jason Leopold, submitted a freedom of information for documents related to the DoJ’s investigation into the leaks from its review of Mr Trump’s “zero tolerance” policy on the southern border.

It comes after Politico reported on Wednesday that an employee from the DoJ inspector general’s office “abruptly resigned” after bering connected to the same probe into media leaks.

Politico
One subscription that gives you access to news from hundreds of sites
First Thing: first war crimes trial in Ukraine begins