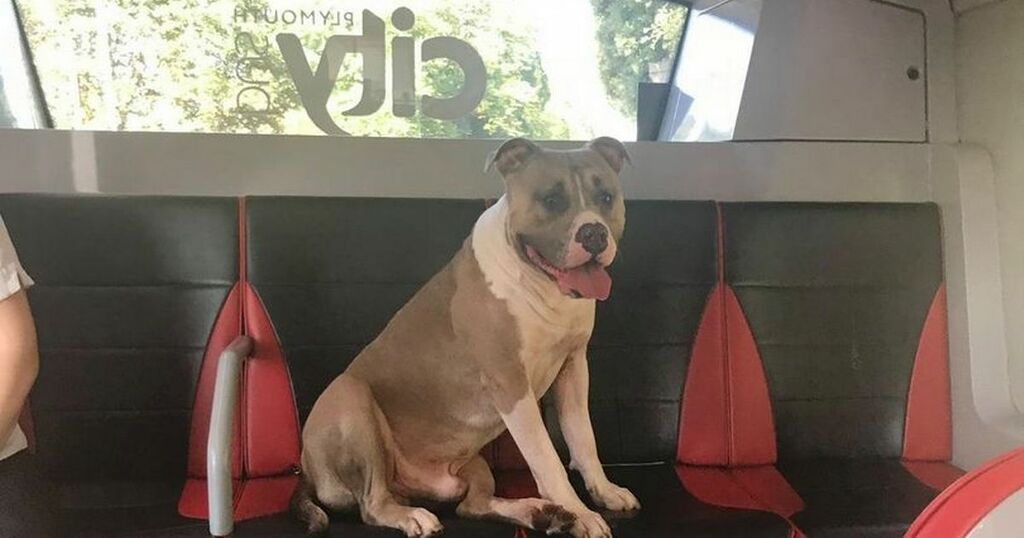 An dog had quite the day out after escaping on his own - before getting on the bus.

Passengers noticed him get on the bus with someone, who they believed to be his owner.

It soon transpired he was alone.

A woman appealed for help to Patch's owners - before the adorable pooch was reunited.

The kind-hearted woman even popped into a shop to buy Patch some water.

She posted: "This dog got on the bus earlier with who I thought was his owner but he belongs to no-one on the bus....Anyone know who owns him? Got on at Saltash Road!

"Currently on his way to town on the 21, beautiful boy!"

Sharing the message on 'Plymouth (UK) pets lost & found' group on Facebook, group founder Dawn Lapthorn later confirmed that the dog had been reunited with his owners: "Reunited. Dog is safe being looked after by CityBus," she said.

Sharing a photo of Patch on the bus, a spokesperson for Plymouth Citybus joked: "We get some odd things in lost property, but today was a particularly odd tail!

"Patch escaped from his owners and decided to take a trip on the 21.

"After passengers noticed he hadn't brought his human with him, he spent some time at our Royal Parade Travel Centre before being reunited with his owner and taken back to fur-miliar surroundings."

What's the strangest thing you've seen on a Greater Manchester bus? Tell us in the comments!