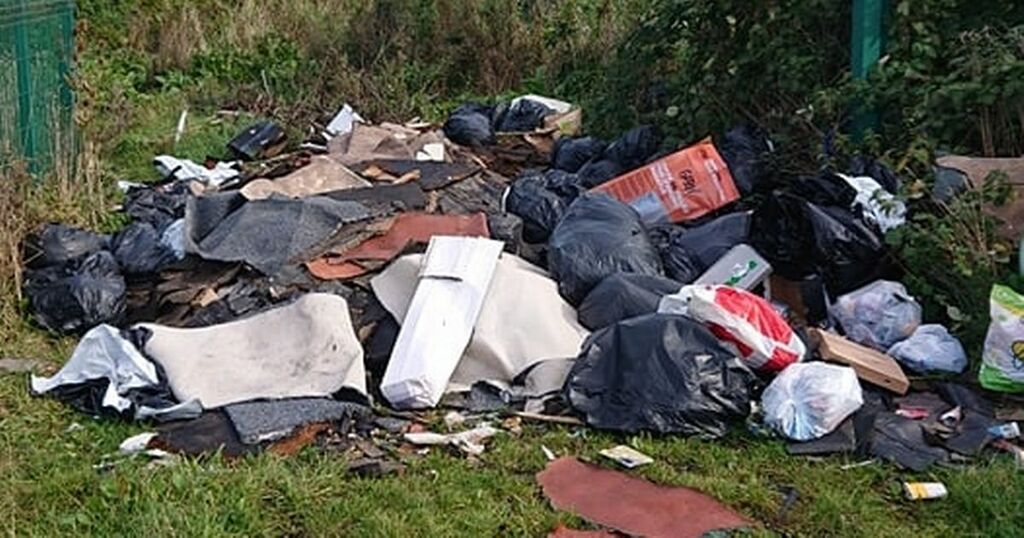 A pensioner from Southport was "annoyed" after his dog walk was blighted by litter.

Paul Sperrin has lived on Wennington Road in Southport for more than 40 years and claims he has repeatedly encountered fly tipping on Foul Lane.

Over the weekend the 70-year-old was walking his son's beagle, Harley, when he had to walk past mountains of bin bags and rubble.

The retired mechanic and garage owner told the ECHO : "It's happening on a regular basis. I walked my dog for years down there and I now walk my son's dog down there.

"I walk down there to cut onto Meols Cop field and basically every time you go down there, mostly at weekends, someone has dumped vast amounts of stuff down there.

"It looks to me it could be house clearance stuff. It could do with a camera up there to catch them because it's about a wagon load I would've thought.

"I feel b****y annoyed. They've actually driven past the tip to dump stuff. They're obviously doing it at night when the tip's closed because if I ever saw anyone down there I'd photograph their face."

A spokesperson for Sefton Council said: "We are aware of an incident of flytipping on private land in Foul Lane in Southport.

“An investigation has now been launched and we are working with partners and information from witnesses to find those responsible.

"People illegally dumping rubbish costs the council hundreds of thousands of pounds a year to clean up and dispose of.

"No matter if its a small bin bag or a huge pile of garden waste, it's still flytipping and you will be fined heavily for irresponsibly disposing of your rubbish.

"This includes hiring unlicensed third parties - if you cannot identify who you have hired, you may well be liable for a fine or face prosecution.

“Make sure you check who you are hiring to dispose of your waste. All reputable and licensed firms will be able to provide evidence of their Environment Agency permissions.

"Please dispose of your waste in the proper fashion and make Sefton a cleaner and greener place to live, work and visit."