A mountain rescue team has been called up to Britain’s highest mountain to save a dog that refused to go any further.

Maggie, a 35kg Turkish Akbash dog, was unable to continue the descent from Ben Nevis with her owners because her paws were in pain.

The three women walking with the dog had tried carrying her down the 4,413ft mountain but were forced to admit defeat around the halfway mark.

Lochaber Mountain Rescue came to the dog’s rescue on Saturday night, despite already facing multiple callouts for other emergencies.

Donald Paterson, the team leader, told the BBC: “It had given up and the ladies were struggling to help it down.

“It had a few cuts to its paws, but I think with the heat and soreness it decided it wasn’t going any further.”

The women had managed to make it halfway down the mountain when they were met by the rescuers who used a stretcher to transport Maggie.

“The owners were struggling and would certainly have been up there all night if they didn’t get any assistance,” said Mr Paterson.

He added that he would not expect his team to go out for an animal, but they insisted.

The mountain rescue team had already had four other callouts -  to assist someone with a head injury, another with an ankle injury and two cases related to the hot weather.

They finally finished their five-hour mission to save Maggie at 1am on Sunday.

Lochaber Mountain Rescue said in a statement: “With everyone out enjoying the scorching weather across Lochaber yesterday, the team were out attending to five call-outs. The first four shouts ranged from fractures to heat-related illness, with the fifth casualty of the day being a little furrier than usual.

“Maggie, a 35kg Akbash dog, came into difficulty with sore paws high on the Ben path and was unable to move. A stretcher party, complete with a casualty carer and chicken stick treats, were dispatched to assist. Once Maggie was secured into the stretcher she was able to be transported down the hill for a well-earned rest.

“Big thanks to Rescue 151 who assisted through the day, and to Wolfhouse Gym for the much-needed sandwiches!” 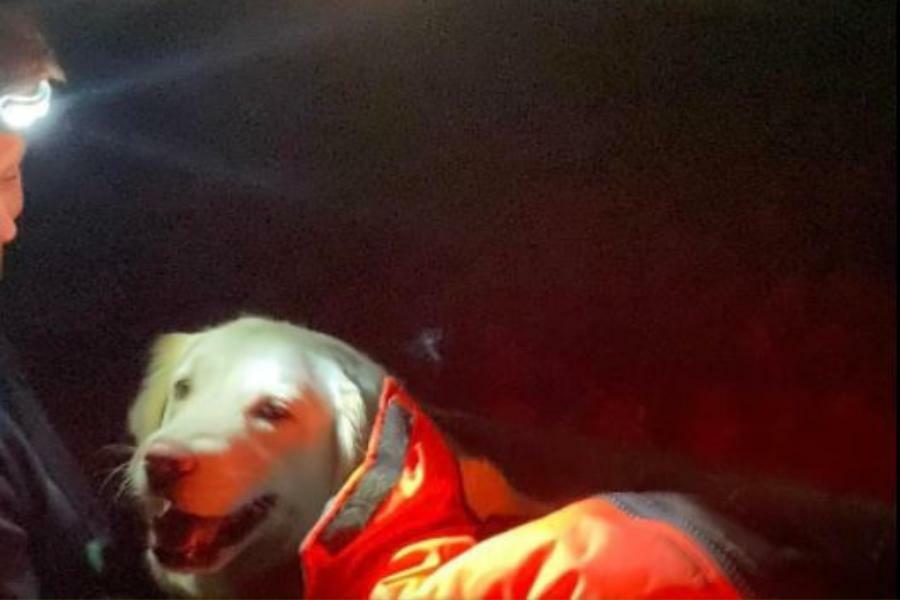 The National (Scotland)
From analysis to the latest developments in health, read the most diverse news in one place.
Tired dog stretchered down Ben Nevis in five-hour rescue operation

Canine named Maggie struggled to get back down 1,345m peak

Rescue crews scrambled to the scene after Maggie, a 35kg Akbash, got into difficulty high on the path up Scotland's…

A mountain rescue team had to stretcher a 35kg dog named Maggie down Scotland's largest mountain, Ben Nevis, during the…

While a day in the hills with your dog can be a rewarding experience, it's very different to laps around…

Daily Record
One place to find news on any topic, from hundreds of sites.
Man suffers suspected broken legs and spinal injuries after waterfall jump