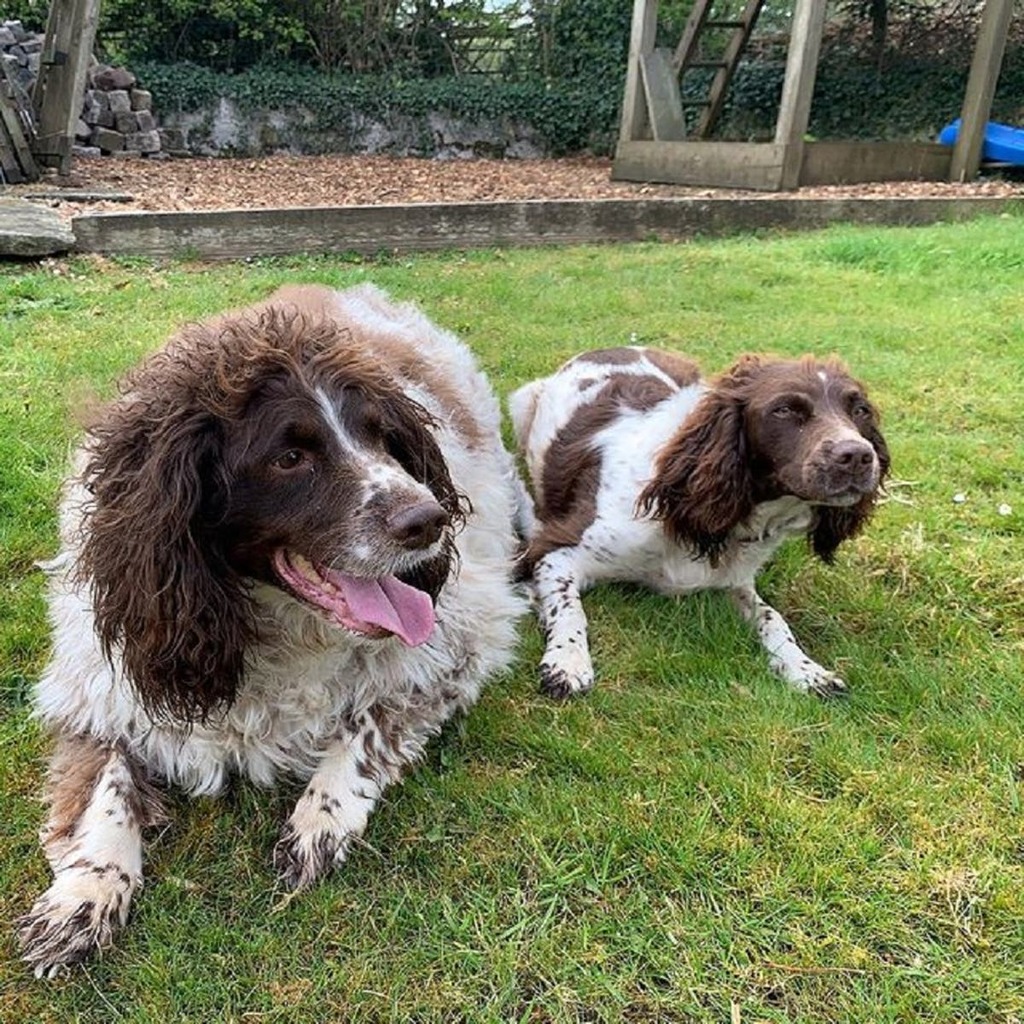 A springer spaniel who could barely walk more than 10 feet without collapsing has found a new lease of life after losing more than half his bodyweight.

Nine-year-old Philip was brought to Cheshire Pet vets in April by his owner, who worried the dog might have to be put down after his weight ballooned to 65.9kg (10st 5lb) – more than three times his recommended weight.

Philip, who had put on the pounds through eating cakes, biscuits and other human food, was adopted by Edward Davies, a vet and clinical director at the practice, who put him on a special diet for six months.

He said: “I’ve been a vet for 30 years and I’ve never seen a dog as overweight as Philip. It was amazing that his legs could hold him up at all, and he was so big it was hard to even examine him to find out what was wrong.

“He could have had a football-sized mass in his abdomen, and we wouldn’t have felt it underneath all the fat. But his blood tests actually came back surprisingly clear.”

When Philip arrived at Cheshire Pet, part of the My Family Vets network, he had stopped eating completely and Mr Davies “thought he might have reached the end of the road”.

Mr Davies said: “Although his quality of life was virtually non-existent, we’d never want to put a dog to sleep when we feel we can treat and rehome it.”

Initially, Philip could not join Mr Davies’ other dogs, Archie and Tilly, on walks because he was so unfit, so Mr Davies built up his stamina by doing circuits of the garden.

Mr Davies described a big moment in Philip’s transformation, saying he remembers when one of the other dogs dropped a ball, and Philip brought it to him.

“It was as if he was learning to play again, or maybe even for the first time. Now he’ll chase balls and pick up sticks,” he said.

“We often go to a reservoir, and it was unbelievable to see him really take to the water. He absolutely loves swimming, and that’s been great for burning off calories.”

Losing the excess weight has improved Philip’s arthritis and his quality of life has greatly increased, according to Mr Davies.

“His personality has really come out,” he said. “He’s such a friendly dog, and you just didn’t see that before.

“His tail is always wagging, and it’s lovely to see him happy.”