A Murray Mallee woman accused of keeping 300 dogs in squalid conditions on a puppy farm has told an Adelaide court the animals' maintenance was her ex-partner's responsibility.

Kerrie Fitzpatrick, 45, is charged with animal cruelty offences including ill-treating an animal and failing to comply with animal welfare notices in 2018.

She and her former partner Colin Ross were allegedly found in possession of over 300 animals during an RSPCA inspection in October 2018, despite the local council permitting the breeders to own no more than 100.

Ms Lewis told the court inspectors found most of the enclosures had inadequate shelter and bedding, insufficient water, and spoiled food.

She also said that inspectors had found decomposing rats among the kennels and that there were "multiple piles of dog faeces" in most of the dogs' enclosures.

Ms Lewis said most of the enclosures were too small for the number of animals kept in them, with one photograph depicting seven border collie dogs in a kennel about two metres by one metre in size.

While admitting the dogs were not malnourished, Ms Lewis told the court between "75 and 80 per cent" of the animals appeared fearful of humans.

She described an incident where a seven-week-old French bulldog puppy "went stiff in the hand and gasped for air" when handled by inspectors, indicating neglect.

"About 70 to 85 per cent of the animals were not comfortable being close to humans," Ms Lewis told the court.

"That's quite unusual. Most dogs that are used to being socialised would approach humans and not be fearful."

The court previously heard the RSPCA seized 10 dogs from the property due to their poor condition, with eight being euthanased due to mental distress.

Of those, four gave birth to 27 puppies, including five that were stillborn and four that were euthanased shortly after birth due to defects.

RSPCA veterinarian Emma Kilgour told the court that all the seized dogs had fleas, conjunctivitis, severe cases of intestinal worm infestations, and that all were placed on behavioural medication.

Ms Kilgour testified that, in her 16-year veterinary career, she had never seen dogs in that "level of shutdown".

"The behaviour I saw in those dogs suggested they did not have good socialisation … and were in an inappropriate condition to be bred from," she said.

Accused says partner was responsible for care of dogs

Taking the stand for the first time, Ms Fitzpatrick told the court that it was her former partner's idea to breed show dogs on the Parrakie property, and that he was responsible for caring for the dogs.

"I just had a couple of pet dogs — a little Maltese and a border collie and a labrador," Ms Fitzpatrick told the court.

Ms Fitzpatrick said she assisted in the care of "some" of the dogs living on her property, including cleaning their facilities, and testified they were all fed and given water on a daily basis.

She rejected that there were ever 300 animals on the property, but told the court the population grew after many puppies contracted kennel cough and were unable to be sold.

"Colin sold one pup that looked healthy but it developed pneumonia the next day," she said.

Ms Fitzpatrick said he never sold any more puppies after that.

"Colin ended up with all these pups, he never sold them. Once they got over it, people didn't want them anymore — they want a pup at six weeks, not 16 weeks," she said.

Ms Fitzpatrick told the court that sick dogs were taken to the vet and that her former partner was responsible for giving the dogs anti-worming and anti-flea medications.

"They were all treated for fleas and it wasn't a huge problem — I didn't even see fleas on the dogs," she said.

In 2019, Ross pleaded guilty to six counts of failing to comply with the direction of an animal welfare notice and ill-treating 10 border collies and was fined $8,000 in August 2021.

Responding to allegations that the animals were not socialised or exercised, Ms Fitzpatrick said Ross had hired two people to help look after the animals.

"[One] would feed the dogs, water the dogs, pat the dogs. Sometimes she would clean or let the dogs out for a run," she said. 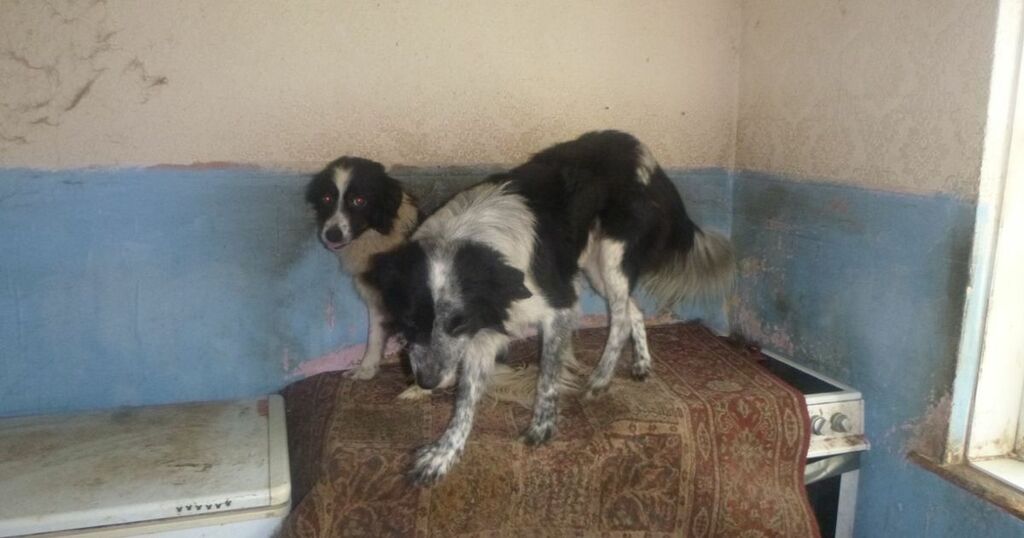 WARNING: DISTRESSING IMAGES An RSPCA inspector was hit with the "overpowering stench" of death when she entered a property linked…