Dog 'at death's door' after picking up common household item 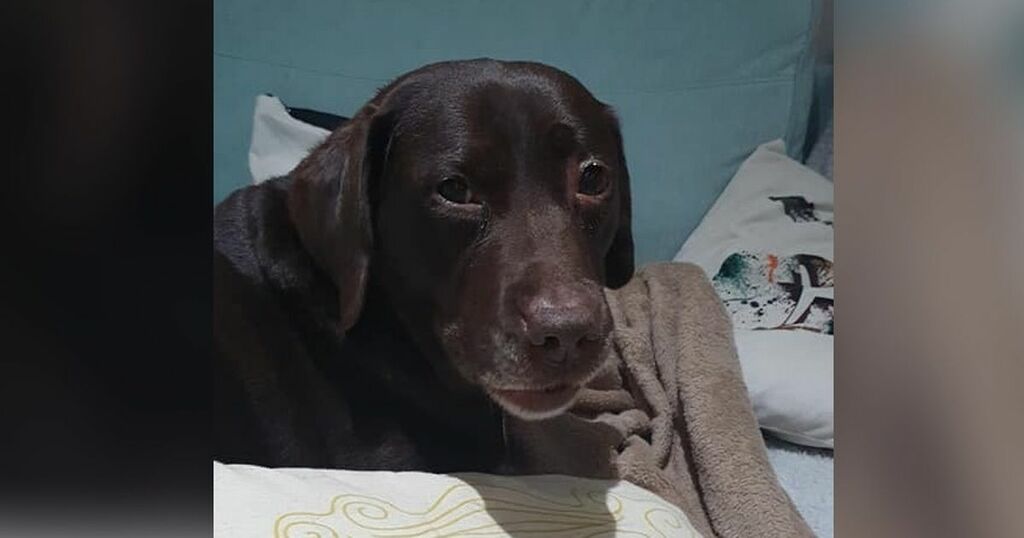 A woman came home to find her Labrador had become seriously ill after picking up a common household item.

Claire rushed her beloved dog to the vets after finding her suddenly lethargic, breathing rapidly and unable to open her eyes.

Posting on Facebook, Claire said there were no signs that her dog, Pickles, had eaten anything and she had only popped out of the house for an hour-and-a-half.

READ MORE: Legal age of marriage set to be raised from 16 to 18 in UK

Claire posted: "[The] vet was unsure exactly what was wrong but said she had a lot of pain. She just flaked out on the vet's floor and her waggy tail stayed very still."

The vet told Claire that Pickles needed to go to an animal hospital due to the severity of her condition.

Claire added: "Within two hours of her symptoms the vet called and said they were struggling to stabilise her and an ultrasound showed fluid around her heart and a heart murmur.

"So they said we needed to pick her up and get her to a specialist hospital an hour and a half away.

"They believed it was either a heart disease or a tumour around her heart and warned me they may have to perform open heart surgery on her".

Fearing the worst, the vet told Claire that they wanted to double check that she hadn't eaten anything toxic, as "Labrador's are known as scavengers and she is no exception!"

The vet then asked if Pickles had come into contact with any inhalers, saying: "I've treated quite a few Labradors with these symptoms when they've had Salbutamol toxins".

Claire said three people in her household use blue inhalers for asthma (which contain Salbutamol) so she went looking around the house for a chewed up inhaler.

She said: "I then see one in a tub we have in our hall way up on a shelf we didn't think she could possibly reach!!!

"But when I looked there was a small puncture hole!

"She had got up on the shelf and bitten into the canister, as its pressurised it immediately released all of its doses at ones (close to 200) and she must of dropped it back in the pot!"

Claire added: "The vet then said she wouldn't have lasted the journey to the specialist hospital and they'd transport her to one 20 mins away. She was still unstable and deteriorating.

"We were told it was a watch and wait situation for 24 to 48 hours.

"She had IV fluids and meds for her heart rate and potassium levels.....she survived the journey and at 7a.m they phoned to say she was doing so much better than expected and had already had breakfast!!! (Typical Picky! Lol) she is now at home!

"Very tired and her eyes are still puffy from where it went in them but the murmur and fluid have gone and they are confident she will make a full recovery!"

Claire, from Suffolk, posted about her ordeal on Facebook as a warning to other dog owners who may not be aware of the dangers posed to their pets by asthma inhalers.

The post had over 3.4k likes and over 1.7k comments and has so far been shared 6.8k times.

Claire added: "I never knew how dangerous inhalers were, and whilst we never thought she could ever reach them, we also thought they weren't attractive to dogs but apparently the vets see this a lot in all breeds!

"They take them from bags and tables etc. As they smell sweet to dogs!"

According to petpoisonhelpline.com : "Asthma inhalers often contain beta-agonist drugs (that expand the lungs) or steroids (that decrease inflammation in the lungs). When asthma inhalers are chewed on and punctured by dogs, it can result in severe, acute poisoning.

"Because inhalers contain many doses (often 200 doses in one small vial), dogs that chew into them are exposed to massive amounts of the drug all at once.

"This can result in severe poisoning to pets, and often results in heart arrhythmia’s, a life-threatening elevated heart rate, agitation, vomiting, acute collapse and death."