Does everyone need a Covid-19 booster shot? Here’s what scientists say 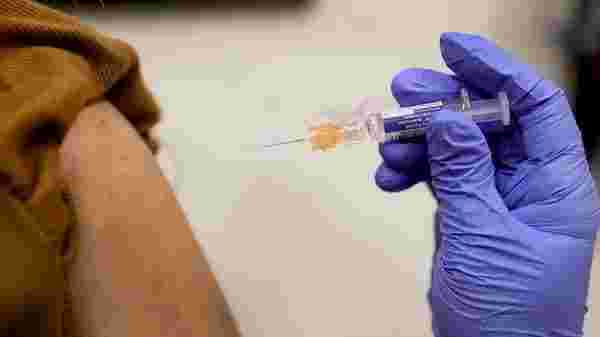 Some people are trying to get Covid-19 booster shots. Others aren’t sure if they need them. Mixed public health messages aren’t making personal-health decisions any clearer.

So far, the U.S. has authorized booster shots—an extra dose of the mRNA vaccines made by Pfizer Inc. and its partner BioNTech SE, and by Moderna Inc.—only for people who are immunocompromised, although others have managed to get them.

In August, the Biden administration indicated boosters would be available for the wider population starting Sept. 20. Regulators have since indicated they may take longer to review the data and may limit approval to specific groups or vaccines.

While scientists and doctors say there is likely no harm in getting a booster, a debate is under way about how helpful the shots are for people who aren’t immunocompromised. Many scientists say that because the vaccines are still providing good protection against severe illness and death—the increase in breakthrough infections aside—the need for widespread boosters is less clear. Others say that a booster’s additional protection provides even healthy people with meaningful benefits.

Stronger protection for the elderly

Studies indicate that a decline in vaccine effectiveness is leading to a rising number of mild to moderate breakthrough cases. What is unclear is whether the decline is due to time or the highly contagious Delta variant—or both. There is no conclusive evidence suggesting that vaccinated people’s decline in immunity is leading to a major rise in Covid-19 hospitalizations or death, many scientists say.

People who are elderly, frail or otherwise in high-risk groups have the clearest need for boosters, scientists say. “Older people tend to respond less vigorously to the first doses, which suggests that their immunity may wane more quickly," says David Topham, a professor of microbiology and immunology at the University of Rochester Medical Center. That population also represents the majority of hospitalized breakthrough infections—still a small portion of overall hospitalizations.

Robert Wachter, chair of the department of medicine at the University of California, San Francisco, says there is enough data showing a third dose of the Pfizer vaccine can help protect those who are at risk of a worse outcome, such as people over age 60, as well as those at risk of spreading it to vulnerable people, such as healthcare and nursing-home employees.

“If you got Pfizer more than six months ago, as I did, and you’re at more than a moderate risk of a bad outcome if you got infected, I think it’s a pretty clear call," says Dr. Wachter.

Less clear-cut is whether younger, healthier people need boosters. Without a significant rise in severe complications from breakthrough cases, some scientists advise waiting. “We don’t know if there are any disadvantages of receiving too many doses too early," says Saad Omer, director of the Yale Institute for Global Health.

The complexity of the body’s immune system makes the impact of a booster shot difficult to assess. Antibody levels from any vaccine or natural infection will decline over time, says Deepta Bhattacharya, a professor of immunobiology at the University of Arizona College of Medicine in Tucson. Yet “the ones that are left tend to be of higher quality, so it takes far fewer of them to protect against disease," he says, adding that it is difficult to tell exactly how much additional protection a booster shot would provide.

Dr. Bhattacharya also notes that companies are working on other boosters that specifically target the Delta variant.

“Any new variants coming up soon are likely to be derivatives of Delta," he says. “So there’s some questions as to whether or not we should maybe be thinking about waiting for a Delta-matched booster."

Others say any additional protection provides benefits, with little risk. Even a mild or moderate case of Covid-19 can make a person miserable for a week and can lead to persistent symptoms, or so-called long Covid, notes Dr. Wachter.

With boosters, “Why would you not do it if you can at zero cost and essentially zero risk," says Dr. Wachter.

Protecting the unvaccinated, including children

Boosters could also help reduce transmission to children who aren’t yet eligible for vaccination. Ali Ellebedy, an associate professor of pathology and immunology at Washington University School of Medicine in St. Louis, says the rise of the Delta variant has convinced him of the benefit of an additional vaccine dose. As a father of three children under 12 who aren’t yet eligible for the shots, Dr. Ellebedy says that an additional dose could help prevent him from getting a mild infection that he could pass on to his children, who could develop more serious cases.

Some public health advisers say governments should give priority to vaccinating the unvaccinated, both in the U.S. and abroad.

“We’re not safe until the world is safe," says Rebecca Wurtz, director of public health administration and policy at the University of Minnesota School of Public Health. “Variants are more likely to arise in unvaccinated populations and we’ve seen how quickly those variants can spread."

Ultimately, it is likely that the virus that causes Covid-19 will become part of the fabric of seasonal respiratory infections, like other coronaviruses, says Dr. Topham.

“Eventually we hope it becomes a routine thing and everybody acquires a level of immunity that prevents them from getting severe disease," he says. “Eventually children will acquire immunity that will carry into adulthood without needing to get a booster."