Does a refusal to recast iconic roles mean more dodgy deepfakes are set for the Star Wars universe?

In 2012, when Disney first bought Lucasfilm and its sprawling Star Wars universe, there were those who thought the $4bn price tag represented something of a gamble. If it was, it’s a bet that’s paid off handsomely for Mickey Mouse and Co. By 2018 they’d already recouped their outlay by releasing four new Star Wars films which together brought in $4.8bn, leading CNBC to call the deal: “One of the smartest acquisitions ever made in corporate America.”

However, a decade is a long time in the heady business of intergalactic space westerns, and Lucasfilm president Kathleen Kennedy now says the future of Star Wars could look very different from its big screen past. In the age of streaming, even the concept of film trilogies has become somewhat passé. “I hesitate to use the word ‘trilogies’ anymore,” Kennedy this week told Vanity Fair. “Because Star Wars is much more about persistent storytelling”.

What that means is a whole galaxy of new Star Wars spin-offs; shows purpose built to fill endless hours on Disney+. The gigantic success of Pedro Pascal’s space-age gunslinger series The Mandalorian, which first debuted in 2019, paved the way for last year’s The Book of Boba Fett and a slew of new shows set to arrive this year. Along with season three of The Mandalorian, on 27 May Ewan McGregor will return as the titular Jedi master in Obi Wan Kenobi, reprising his role from the prequel trilogy. This summer will also see the arrival of Andor, which sees Diego Luna fleshing out the history of his heroic Rogue One character Cassian Andor.

The prospect of all these linking, interwoven stories coming to our screens is as welcome to Star Wars fans as a nourishing glass of green milk is to Luke Skywalker, but there are certain unavoidable problems which inevitably arise whenever you start telling new stories about characters from a franchise that this year marks its 45th anniversary. Namely: do you recast, or do you reach for the computer?

In that same Vanity Fair interview, Kennedy pointed to the relatively dismal returns brought in by 2018’s Han Solo origin story Solo ($390m against a reported $300m budget) as evidence that fans don’t want to see their heroes recast. “There should be moments along the way when you learn things,” she said. “Now it does seem so abundantly clear that we can’t do that.” Fans online weren’t so sure. Solo had its problems – not least the fact that the film’s original directors, The Lego Movie duo Phil Lord and Christopher Miller, were fired over “creative differences” after principal photography had already begun – but new actors playing already popular heroes was really the least of them. Donald Glover’s turn as Lando Calrissian, a role originated by Billy Dee Williams in 1980’s The Empire Strikes Back, was widely praised as one of the best things about the film. “Alden Ehrenreich and Donald Glover deserve all the praise for playing Han and Lando,” commented one fan in a viral tweet. “Solo’s problems had nothing to do with them.”

There is an alternative to recasting fan favourite characters, and it’s one that Lucasfilm has fervently embraced: CGI deepfakes. Ever since Peter Cushing, who died in 1994, was resurrected to resume his role as Grand Moff Tarkin in 2016’s Rogue One, death has no longer been viewed as an end to your acting career. Certainly old age has proven no barrier. In both The Mandalorian and The Book of Boba Fett, 70-year-old Mark Hamill has delivered performances as a 30-something Luke Skywalker, with younger actors performing Luke’s movements while deepfake de-aging technology replaced the face. Hamill’s appearance in Season Two finale of The Mandalorian proved so jarringly creepy that a YouTuber named Shamook quickly went viral sharing a clip that proved he could do a better job at home. Wisely, Lucasfilm’s next move was to hire Shamook for their visual effects company Industrial Light and Magic.

Technology is improving all the time, but it would be a real shame if Lucasfilm decided on the basis of Solo alone that the way forward was to keep on reanimating the dead and deaging the elderly. Sometimes audiences just need a bit of time to adjust to seeing a new actor in a role – look at Daniel Craig’s journey from blonde misfit to beloved James Bond.

There’s a particular irony to Kennedy questioning the value of recasting classic parts while also promoting the new Obi Wan Kenobi series. When the first Star Wars prequel The Phantom Menace was released in 1999, many wondered whether Ewan McGregor could ever convincingly inhabit a character that Alec Guinness had played so forcefully. Today, McGregor has made the character his own, which means we get to enjoy new tales of Obi Wan Kenobi while letting Guinness rest in peace. Both onscreen and off, that’s a triumph for humanity. 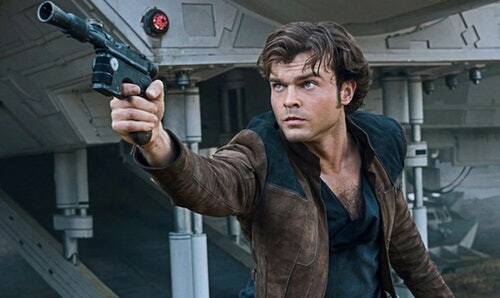 Lucasfilm won't recast any more Star Wars characters. Here's why that's a problem.
Is Alden Ehrenreich the Ewan McGregor of our time? Lucasfilm has recently made it sound like new actors can't play…

The studio has decided never to recast familiar old characters – but does this misunderstand the space saga’s very appeal?