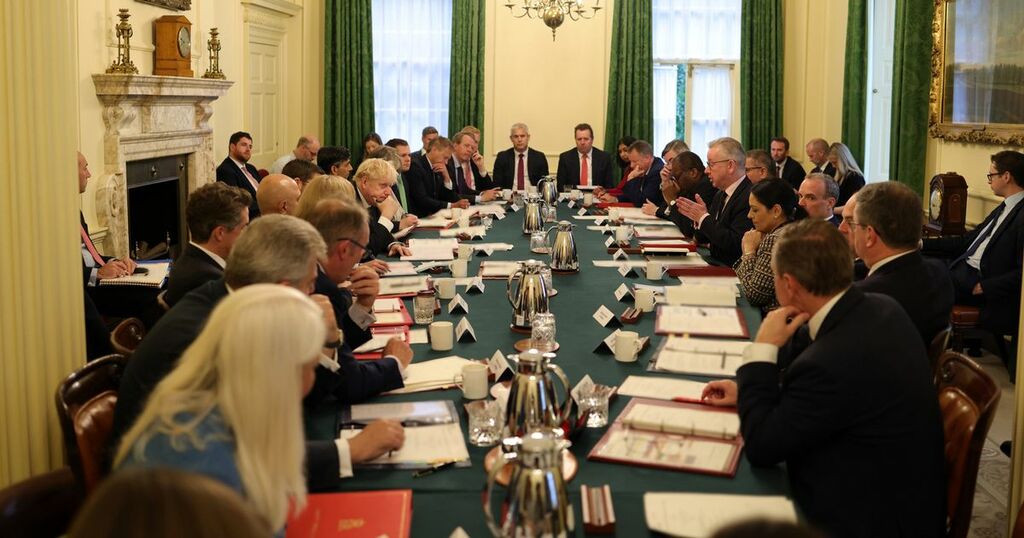 Doctors’ leaders have slammed Sajid Javid for saying that Tory MPs no longer refusing to wear face masks was fine because “they’re not strangers”.

The Health Secretary was accused of failing to understand his own Covid guidance after he defended his Conservative colleagues for ignoring official advice.

There has been widespread criticism of Tory MPs from Opposition parties and Parliamentary staff for ignoring advice to wear face coverings in the Commons chamber.

Downing Street then released images of Boris Johnson ’s Cabinet meeting on Tuesday with ministers not wearing masks or socially distancing inside No10.

Government guidance says: “You are expected and recommended to continue wearing a face covering in crowded and enclosed spaces where you come into contact with people you don’t usually meet.”

Dr Chaand Nagpaul, chair of the British Medical Association, said: “We are at a critical moment in the development of the pandemic.

“Ministers should be leading by example. Covid-19 is no less likely to pass between loved ones and friends than it is between strangers; it doesn’t discriminate.”

He added: “What is even worse is the dangerous message these comments and photographs send out to all of us as members of the public.

“A message that says the pandemic is over, life can go back to as it was before, and all will be well.

“This is far from the truth and the evidence shows that in no uncertain terms.”

Shadow Health Minister Justin Madders said: “It’s a worrying state of affairs if the Health Secretary believes Covid is only transmitted by strangers.

Modelling prepared for SAGE said there is still “the potential for another large wave of hospitalisations” with more than 6,000 a day, higher than during the lockdown in January.

Even the most optimistic scenario puts hospital admissions at “up to”

around 2,000 per day in England, double the current rate.

The Government’s scientific advisors have warned the PM to “go hard and go early” if there is a surge in cases to avoid tougher restrictions.

Mr Javid’s own Covid Winter Plan recommends face coverings in “crowded and enclosed settings” - and they could become compulsory on public transport and in shops if infections surge.

The Health Secretary refused to rule out another lockdown as he said that pressures on A&E and increasing hospital admissions could trigger the Government’s Plan B.

But he was unable to put an exact number on what would lead to the introduction of compulsory vaccine passports and face masks, as well as advice that people should work from home.