Doctor Strange in the Multiverse of Madness: Benedict Cumberbatch and Sam Raimi team up for Marvel's crowd-pleasing but creatively lacklustre latest

Last year's monster-hit Spider-Man: No Way Home unleashed the limitless – or terrifying, depending on your perspective – possibilities of the MCU's multiverse, a world in which every character you've ever known, loved, or rolled your eyes at could be employed in franchise perpetuity; where old villains and heroes could be resurrected, and the only real mortality came at the hands of an actor's expired contract.

Marvel's latest, Doctor Strange in the Multiverse of Madness, is here to double down on that feeling of either delight or terror, delivering another trip into the infinitely expanding, if curiously unimaginative, realm of multiple realities and franchise favourites dusted off for renewed screen service (at least until their deepfake doppelgangers can be perfected).

It's been six years since the first Doctor Strange, though we've seen plenty of the character since: in Thor: Ragnarok, Avengers: Infinity War and Endgame, and in No Way Home, where Benedict Cumberbatch's goateed sorcerer – who throws magic hand shapes like a reject from a ballroom voguing contest – played a pivotal if accidental role in opening the portal to the MCU's multiple realities.

In Multiverse of Madness, Strange is brooding at the marriage of his ex, Dr Christine Palmer (Rachel McAdams), when a gigantic one-eyed octopus – not unlike the goofy starfish that enlivened last year's Suicide Squad – crashes into Midtown Manhattan, hell-bent on capturing a teenage girl, America Chavez (Xochitl Gomez).

Decked out in a faded denim jacket emblazoned with stars, stripes, and a rainbow flag pin – Chavez is canonically queer, much to the chagrin of Disney's international accountants – she's an all-powerful entity in the shape of a girl, gifted with the ability to move through the multiverse.

Naturally, nefarious parties want a piece of America's talent, especially Scarlet Witch (Elizabeth Olsen), the villainous alter ego of ex-Avenger Wanda Maximoff, whose would-be peaceful suburban life is about to be disrupted by her old, evil self.

In pursuit of her prize, Scarlet Witch manages to kidnap Strange's mentor, Wong (Benedict Wong), but the Doctor and America escape her clutches, tumbling through a kaleidoscopic montage and into the New York of another universe – an oddly utopian city that resembles the future as imagined by an 80s movie.

Unlike the CGI-soaked tedium and misshapen auteurism of much of the recent MCU, Multiverse of Madness is elevated – if barely – by the singular spirit of director Sam Raimi, the kinetic filmmaker behind the Evil Dead series, Drag Me to Hell and, of course, the 2002-2007 trilogy of Spider-Man movies that helped jump-start this century's superhero cinema cycle.

Multiverse of Madness is at its best – unsurprisingly – when it yields to Raimi's flourishes: canted angles, jump-scare eyeballs, a Bruce Campbell cameo (that's not a spoiler – he's not an MCU character, at least not yet).

The darker the film gets, the more Raimi it is: a sequence involving zombie possession and a sorcerous lair stalked by demons and dark souls is as close to Evil Dead as we're ever likely to get in a movie of this budget, while Raimi's Spider-Man composer Danny Elfman returns with a stomping score that, on occasion, manages to give the visuals some operatic ballast.

"I'm going to show those kids how to make a superhero picture," Raimi joked to Rolling Stone of his return to the Marvel fold, and in these moments, well, you really want to believe him.

But Raimi has become a stranger in a not-so-strange land.

The filmmaker, who with Darkman (1990) demonstrated a feel for the tragedy inherent in the genre, can't compete with the rote procession of one-liners and franchise call-backs in Loki writer Michael Waldron's screenplay, or a convoluted plot that fails to raise any compelling stakes, set in a world where everything seems to exist for Pavlovian fan response.

Granted, it's a movie for the fans, but the crowd-pleasing comes at the expense of developing its characters and allowing its actors to explore; of finding interesting dimensions and conflict in the story.

The film's dive into the multiverse should up-end all of our expectations and challenge an audience's familiarity with this franchise, but it mostly just functions as another quest to be checked off, a safe moral battleground between good and evil in which the heroes and villains are never in doubt.

There's not even an alternate-universe cameo from Bronco Henry.

Compared with that other recent trip to the multiverse, Daniels's scatological but heartfelt Everything Everywhere All at Once, Multiverse of Madness looks pedestrian in its conceit; narratively and visually, it fails to imagine a world that feels surreal or dangerous, turning the head-spinning possibilities of the infinite into a diagrammatic action dirge where characters bark clunkers like "Get out of my universe!"

As America, trapped in a cell in an alternate world, snaps at one point: "This universe sucks!"

Cumberbatch, Wong, and Chiwetel Ejiofor, returning as Strange's mystic rival Mordo, are all charismatic performers who bring moments of wit and levity, but they're not playing characters as much as they are performing exposition, action figures, cynical soda cup portraits. (Attempting to enlist Wanda in his mission, Strange even promises her, "We'll get you back on a lunchbox.")

Gomez is a spirited addition to the film, even if America Chavez seems more like a set-up for future instalments; at the same time, her character's name does provide some of the film's best unintentional laughs ("America, I've come here to tell you to trust yourself," says Strange at one point, with a bravely straight face).

The one vaguely interesting performance comes from Olsen, who's given some material to chew as the split-personality villain of the piece. Still, there's something deeply discomfiting, almost misogynistic, about the way her character is written – a tiresome variation on wholesome, maternal purity versus the pagan 'other' – that undermines the actor's best attempts to elicit empathy. Moments in which various men doubt the authenticity of the character's claims to motherhood land with an unpleasant odour – not the kind of reaction the movie would hope to court in the current charged climate.

It's enough to make you want Scarlet Witch to run away with the film, and take down some of these virtuous, wisecracking bores in the process.

But Multiverse of Madness is not that movie, and try as Raimi might, there's only so much directorial verve he can bring to a project designed to erect another stone in the wall of Marvel's Phase 4, to wrangle a story that's at once complicated and incredibly dull.

Is it successful on its own terms, as a movie for the fans? Sure. Probably. Who's to say? Multiverse of Madness doesn't need to appeal to the uninitiated since most audiences are already in the bag for its schtick.

If you've ever felt yourself sinking slowly into your multiplex seat while the crowd whooped and hollered at the mere appearance of a character you barely recognised – much less cared about – then this movie, like so much of the recent Marvel Cinematic Universe, is not for you.

But the bubble has to burst at some point. By the time Raimi's film is piling on the cameos from Marvel properties past and present, there's a sense that this universe – shrunk to a playpen of revolving corporate interests – might finally be about to collapse in upon itself.

When that does happen, maybe it's time for a new generation to embrace new heroes – or, better yet, none at all.

Doctor Strange in the Multiverse of Madness is in cinemas now. 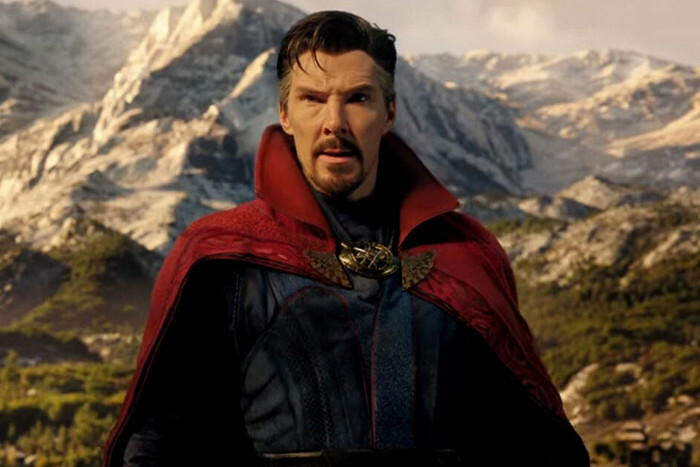 Pushing the boundaries
Besides 2019's Spider-Man: Far From Home and its follow-up No Way Home (2021), Doctor Strange In The Multiverse Of Madness…

Bangkok Post
From analysis to the latest developments in health, read the most diverse news in one place.
Doctor Strange in the Multiverse of Madness review: Sam Raimi can’t rescue what amounts to a total mess

Marvel sequel kicks off with relentless exposition, before buckling further and further under the weight of its magical MacGuffins

The Independent UK
Why 'WandaVision' fans will be 'heartbroken' by 'Doctor Strange 2'
What is "Doctor Strange in the Multiverse of Madness" if not "WandaVision" persevering?