If watching Professor X, Captain Carter, Mr. Fantastic, Black Bolt, and Captain Marvel be brutally slain by Elizabeth Olsen’s unhinged Scarlet Witch didn’t emphasize her villainy enough, Doctor Strange in the Multiverse of Madness was apparently going to include yet another ghastly kill to open the film.

Karl Mordo (Chiwetel Ejiofor), the secondary frenemy of Doctor Strange, was slated for slaughter at the start of the sequel, the YouTube account Heavy Spoilers claims. Although the deleted scene hasn’t been confirmed, the vlogger states that the murder would have been the opening sequence, followed by a chase featuring America Chavez (Xochitl Gomez) and Defender Strange (Benedict Cumberbatch). Ultimately, fans got the second scene.

While the death of Earth-616’s Karl Mordo was scrapped, that doesn’t mean Doctor Strange’s friend-turned-foe won’t make a reprisal in other MCU projects. After all, if his goal is to rid his world of wizards, then it seems plausible that the Scarlet Witch is still on his hit list.

Why would Karl Mordo confront the Scarlet Witch?

As Earth-616’s Karl Mordo succinctly puts it in the second post-credit scene of Doctor Strange when he attacks Jonathan Pangborn (Benjamin Bratt), a former Master of the Mystic Arts, there are, in his opinion, “too many sorcerers” using their powers without purpose and “perverting nature.”

A confrontation with Wanda Maximoff, who used her power to enslave an entire suburb instead of going to grief counseling, would therefore make a lot of sense in terms of establishing continuity between Doctor Strange and its sequel. Mordo’s wizard-hunting quest could easily lead him to the Scarlet Witch.

In case you need a Doctor Strange refresher, Mordo thinks the world would be better off without mystics and witches because he feels betrayed by both Doctor Strange and the Ancient One (Tilda Swinton) when he finds out that both have been dabbling in forbidden sorcery, going against the natural laws of the universe by using the Time Stone and tapping into the Dark Dimension, respectively.

Up until the very end of Doctor Strange Mordo is a good guy, assisting Doctor Strange and Wong (Benedict Wong) by battling the dark Dormammu’s zealots. But, after witnessing Doctor Strange’s casual breaking of the rules, a troubled Mordo turns his back on the Kamar-Taj, concluding that wizards are problems and de-powering them is the only solution.

Meanwhile, Scarlet Witch on Earth-838 almost effortlessly annihilated some of Marvel’s most capable superheroes. If Earth-616’s Mordo did manage to locate Scarlet Witch at the start of Doctor Strange 2, there’s no doubt he would have suffered the same gory fate as the Illuminati did. But instead of putting a quick halt to Mordo’s promise to get rid of all wizards, Multiverse of Madness opens with a thrilling chase scene.

The Inverse Analysis— With each Doctor Strange 2 teaser, trailer, and poster that Marvel released in the lead-up to its theatrical debut, it became increasingly clear that Wanda Maximoff had flown off the handle following the traumatic events of Avengers: Endgame and WandaVision, which left her alone and vulnerable to the possession of The Darkhold.

However, the opening scene that made into the film keeps Wanda’s full-blown ruthless Scarlet Witch transformation a surprise for casual fans, and it keeps Earth-616’s version of Karl Mordo intact for reemergence in subsequent MCU projects. We may never know if Earth-616’s Mordo continued the wizard-hunting mission established in the first Doctor Strange, but his ambiguous status leaves room for the MCU to do what it will with the character in the future, especially as it continues to explore supernatural themes in its remaining Phase 4 and 5 slate. 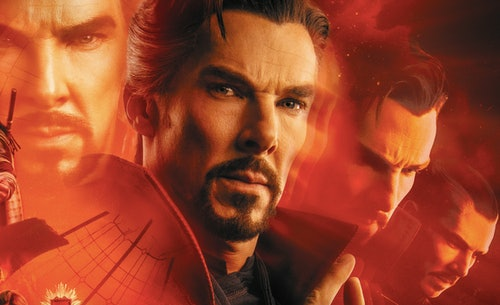 Thanks to the events of 'Doctor Strange in the Multiverse of Madness,' Marvel fans are starting to discuss whether Elizabeth…