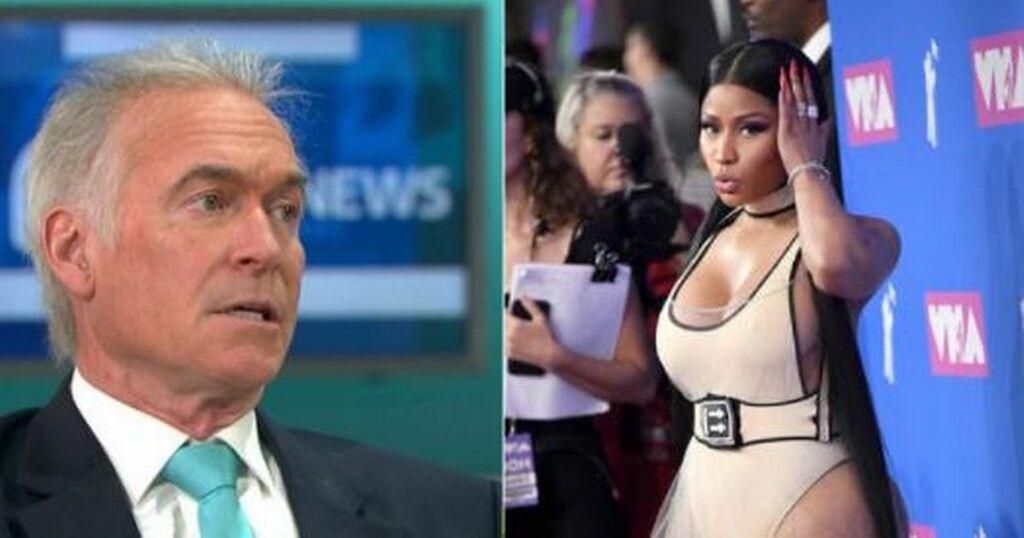 Doctor Hilary Jones has branded Nicki Minaj 'dangerous and damaging' over controversial tweets she made about the Covid vaccine.

Rapper Nicki, the star responsible for hits like Superbass and Starships, took to Twitter on Monday night to post a series of tweets, kicking off with one about her cousin's friend apparently becoming impotent after he'd been jabbed.

Nicki posted to her 22 million followers: "My cousin in Trinidad won’t get the vaccine cuz his friend got it & became impotent. His testicles became swollen. His friend was weeks away from getting married, now the girl called off the wedding. So just pray on it & make sure you’re comfortable with ur (sic) decision, not bullied."

READ MORE: Louise Minchin 'locked out' of BBC before final day on Breakfast

Nicki's tweets, as well as going viral, have been widely condemned by senior figures, including Chris Whitty and Boris Johnson during Tuesday's Government press conference, with the Prime Minister admitting he wasn't "familiar with her work."

Her tweets and the backlash against them was a talking point on Wednesday's Good Morning Britain with guest host Richard Madeley condemning Nicki for what he called "a ridiculous tweet."

Giving his opinions, GMB's resident medic Dr Hilary said: "I can think of many reasons why a man could develop swollen bits and call off his marriage and having the Covid-19 vaccination is not one of them...ever.

"It potentially does huge damage. People look at those two things together and they say 'ooh I'm not having it.

"She later said 'oh no-one understood my sarcasm and sense of humour, but it isn't funny, actually it's very damaging and dangerous."

Richard said Nicki had "no comprehension" that a tweet like the one she posted to 22m people did do "real damage," as Dr Hilary admitted there was a "big job to do" to counteract the anti-vax stance being taken by a number of high profile stars.

Appearing on Lorraine a short while after, Dr Hilary said Nicki should put out an apology over her "totally irresponsible" post.