'Do not let your guard down': Hunter cases jump by 18 as NSW adds seven deaths 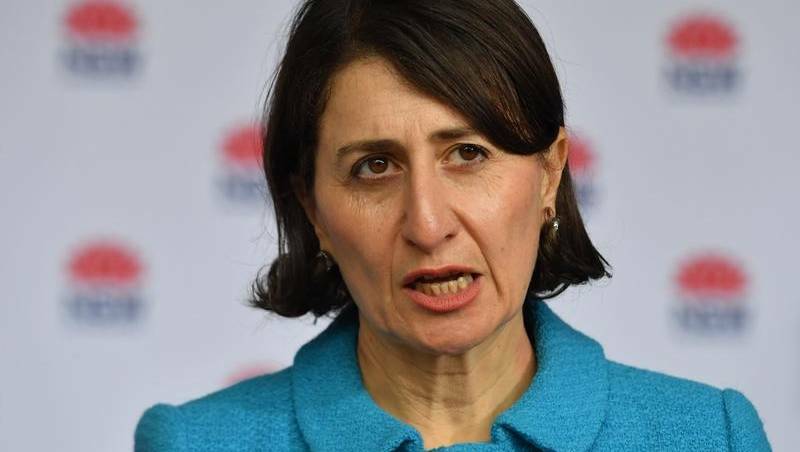 THE Hunter has added 18 cases as NSW Premier Gladys Berejiklian implored the state to remain vigilant as restrictions begin to ease for some.

Ms Berejiklian called out the Hunter specifically for its increase in cases, with another 16 added on the Central Coast to deepen concerns.

Among the region's cases are two in Mayfield, Tenambit and Arcadia Vale.

Dr Jeremy McAnulty also flagged Karuah as a concern after fragments were discovered in sewage for the area as well as Brooklyn, Eden and Tamworth.

The ongoing lockdown has divided the town, where a local government border means some residents left lockdown on Saturday while many remain under tight restrictions.

"Due to the high percentage of infectious people in the community and the geographical spread, our public health advice is that there is no longer a public health benefit to break these down for each individual case and suburb," Hunter New England Health said in a statement.

NSW Health's Dr Jeremy McAnulty said prisons and hospitals had become priorities for contact tracers because of an "increased risk of transmission".

He said in regional areas there was a clearer focus on even small numbers of cases to quell potential outbreaks.

The premier said southwestern Sydney remained the main areas of concern as she revealed the 24 hours to 8pm on Sunday delivered 1257 cases and seven deaths.

"In regional NSW we have seen a stabilisation in cases however in Hunter, the Central Coast and Wollongong we have seen an increase in cases," she said.

"I want to leave a really key message today - do not let your guard down."

Ms Berejiklian said those who chose to forego vaccination should not expect the same freedoms as those who received the jab, despite comments from NSW Premier John Barilaro on Monday that appeared to indicate freedoms could be available widely within weeks.

"Don't assume you'll get everything that vaccinated people will get at 80 per cent.

"That is not the message."

Ms Berejiklian said a roadmap is yet to be formalised for that vaccination level, but it is expected to include international travel.

She said some of the restrictions for the unvaccinated may also be imposed by private operators rather than government as a health and safety issue.

"Private businesses, private organisations, may make the decision that they don't want to welcome unvaccinated people ... that's their prerogative," she said.

46.2 per cent of NSW residents aged 16 or over have received two doses, with 78.5 per cent inoculated with a first dose.

Ms Berejiklian's appearance at the Monday press conference came on the first day she said that her presence would no longer be a daily fixture.

"I was always scheduled to do today because of the key milestones that have been announced," Ms Berejiklian said.

"I'm always available, but I won't necessarily be here every day at 11am."