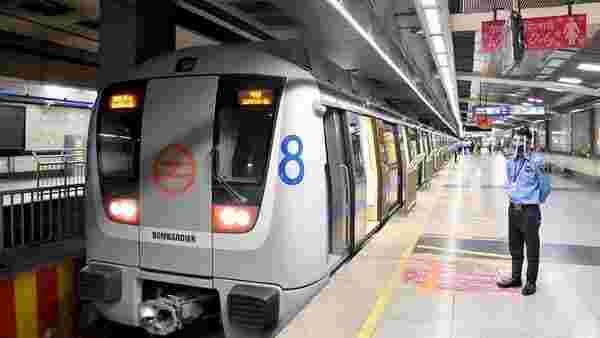 Noida: The Board of the Yamuna Expressway Industrial Development Authority (YEIDA) on Tuesday gave its go ahead to Delhi Metro Rail Corporation (DMRC) for conducting studies for high-speed metro rail links from Noida International Airport to Delhi.

These metro rail connecting projects are in two parts -- one between the airport in Jewar and Greater Noida and the other from Greater Noida to Delhi, according to details that emerged from the 71st Board meeting of YEIDA.

"The board has given its approval to the Delhi Metro Rail Corporation (DMRC) to prepare a detailed project report (DPR) for metro rail connectivity between Knowledge Park in Greater Noida to Noida International Airport in Jewar," YEIDA said in an official statement.

"The board also gave its go ahead for issuing a work order in order to conduct a feasibility study for metro rail connectivity between Greater Noida and New Delhi," the statement read.

YEIDA Additional CEO and Airport project in-charge Shailendra Bhatia said both the studies are to be conducted by the DMRC for which an agreement had already been signed and the Board gave its approval on Tuesday.

During the meeting, the Board was also apprised of the developments related to Greenfield airport being developed by Yamuna International Airport Private Limited, a 100 per cent subsidiary of the Switzerland-headquartered Zurich International Airport AG, the YEIDA, which functions under the UP government, said.

The feasibility study and the DPR prepared by property consultant CBRE India on the proposed Heritage City was also put before the Board and it was told that the final report incorporating all suggestions would be placed before it soon, the YEIDA, which manages land along the 165-km-long Yamuna Expressway, said.

The YEIDA informed its Board that it generated a revenue of ₹670.22 crore from April 1 to August 30 this year, double the amount over the corresponding period in 2020, according to the statement.

However, the expenses incurred by the YEIDA, which also includes paying of past dues, stood at ₹1,099.93 crore during the period, it added.

The YEIDA informed its Board that it would soon be bringing schemes for residential plots, commercial kiosks, petrol pumps, hotels, etc in its sectors like 16, 17, 18, 20, 22D, 29 and 32.