Djokovic’s latest self-sabotage ensures his legacy will be controversy, not tennis 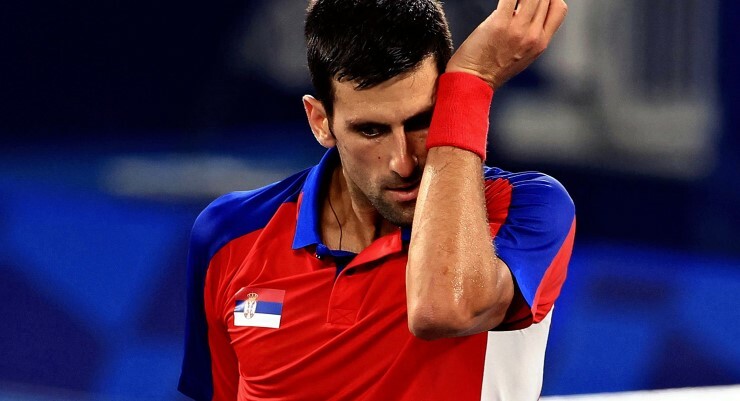 Novak Djokovic’s border woes have inspired endless think pieces on the intersections of sport and politics.

It’s been an all-encompassing story covering distinctively Australian hits: border laws, mandatory detention, vaccine controversy, political opportunism and slow internet. But at the heart of it is a sport loved by millions around the world, whose greatest player is also its most divisive.

Djokovic is not shy about his obsession with breaking records. He has doggedly pursued history and succeeded in reaching a record-equalling 20 grand slams in the shortest time and during arguably the most competitive era of men’s tennis.

If winning is everything, why would he risk throwing away the chance to secure the most significant stat in the sport at his most successful grand slam? Because the same stubbornness that allowed him to achieve these heights is also his undoing. And this time, he has pushed his luck so far that he is facing deportation and a possible ban from Australia.

A gift from God

While nothing is certain, Djokovic took a huge risk arriving unvaccinated with a medical exemption intended for people with legitimate health concerns. He conveniently contracted COVID just in time to fly to Australia to compete, but not before attending events and — according to social media accounts — travelling during the infectious period. To seal the deal it was revealed yesterday that is likely he lied about this travel on his border entry form.

The god-like complex he carries for himself is the only way to explain this blasé approach to Australia’s strict border rules. His father compared his detention with the crucifixion of Jesus. Instilled in him is an intrinsic and unshakable self-belief that he can move through the world as he pleases with little consequence. This is confirmed by his approach to COVID, including hosting the super-spreader “Adria Tour” at the height of the pandemic.

His intense stubbornness is known on the court for producing incredible momentum shifts which make it impossible to count him out of a match until the last point is played. The same attitude informs his off-court decision-making: he holds a deep-seated belief that there is always a path to victory.

As it turns out, he was mostly correct in assuming his god-like status would allow him passage to Australia. The use of discretionary powers in such a high-profile case would bring international scrutiny to the Australian government, making exercising the power to deport him unlikely. As much was confirmed by MP John Alexander, a former tennis pro, when he distanced the government from the saga, saying it “really had nothing to do” with the decisions and “the person who processed Novak possibly made an error late at night”.

The king of Melbourne Park dethroned

But while his cockiness and high status may get him into the Australian Open, there is more at stake for Djokovic this time than in any of his previous bungles.

Not only has he risked his own ability to play the first grand slam of the year, but he has threatened the already tenuous support he had Down Under. After winning his record-extending ninth Australian Open in 2021, the moniker “the king of Melbourne Park” was thrown around to mirror Rafael Nadal’s “the king of clay”. But while Nadal’s unprecedented dominance at the French Open was acknowledged with a statue unveiled earlier this year, it’s hard to imagine Melbourne accepting any such accolade for the Australian Open’s most successful male competitor.

No matter what feats he’s pulled off, Djokovic’s insistence on his way or the highway at every juncture has ensured that his legacy will be controversy. Even if he is the indisputable GOAT, his off-court (and sometimes on-court) behaviour has tainted his legacy irrevocably.

Djokovic’s relationship with Melbourne crowds has always been complicated but it usually amounts to a begrudging respect for his dominance on the court as he takes out yet another title. But in 2022 — after 24 months of lockdowns ended only by a communal approach to vaccination — Melbourne will not be kind to him if/when he takes to the court. He is not without fervent supporters, of course, but widespread booing is to be expected.

This will not stop him from winning. As is uniquely Djokovic, an unfriendly crowd will spur him to dig deeper. But in the bigger picture, Djokovic does care about crowd support, as was evident from the tears he shed on court at the US Open final last year during a rare moment of complete crowd support as he struggled to face the pressure of the occasion.

When all is said and done, there is no doubt it will bother him that spectators will be gunning for him to fail more than ever before. Having managed to turn crowds at his most successful slam against him, Djokovic’s place in the annals of Australian Open history will always be marked with an asterisk stating *BUT he was an arsehole who just couldn’t do the right thing.

This is the consequence of his refusal to do what so many people across the world have done in the face of this pandemic. And with all this at stake, it’s hard to see how his bull-headedness will lead him to victory this time.

Are you ready to boo Djokovic or do you sympathise with him? Let us know your thoughts by writing to letters@crikey.com.au. Please include your full name if you would like to be considered for publication in Crikey’s Your Say column. We reserve the right to edit for length and clarity.