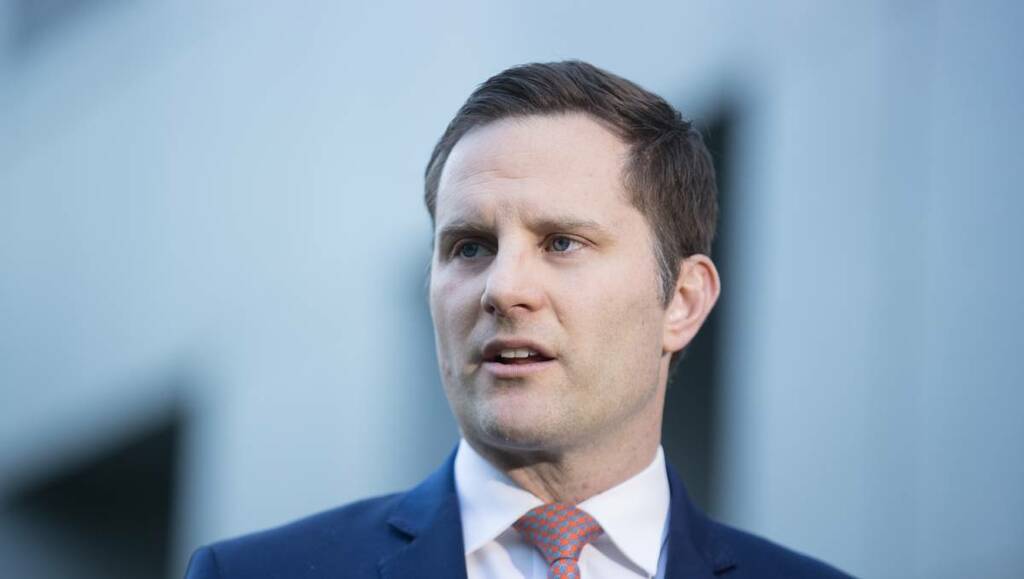 Novak Djokovic remains in visa limbo with the Morrison government yet to decide if the tennis superstar will be allowed to stay in the country and contest next week's Australian Open.

Immigration Minister Alex Hawke is still considering whether to use his personal power to recancel Djokovic's visa, an intervention which could see the world No. 1 banned from returning to Australia for three years.

The Canberra Times understands a decision is unlikely to be made on Tuesday.

The option is being weighed up after the Federal Circuit Court on Monday overruled the government's decision last week to cancel the unvaccinated Djokovic's visa to enter Australia.

The 20-time Grand Slam champion was freed from immigration detention on Monday night and has been seen practicing at Melbourne Park as he prepares to defend his Australian Open crown.

But the 34-year-old faces a nervous wait to see if he will even be allowed to remain in Australia when the tournament starts next Monday.

"As noted yesterday [Monday] in the Federal Circuit and Family Court, minister Hawke is considering whether to cancel Mr Djokovic's visa under section 133C(3) of the Migration Act," a statement from the minister's spokesman said.

"In line with due process, minister Hawke will thoroughly consider the matter. As the issue is ongoing, for legal reasons it is inappropriate to comment further."

The near week-long saga threw up more twists on Tuesday, with reports Australian Border Force was investigating whether the Serbian had lied on the travel declaration he submitted before landing in Australia.

Court documents reveal Djokovic told authorities he had not travelled in the 14 days before his flight to Australia earlier this month.

Djokovic authorised his agent to submit the travel declaration to Australian authorities on January 1, according to the tennis star's sworn affidavit.

The affidavit shows that on January 4, Djokovic departed from Spain to travel to Melbourne via Dubai. He arrived in Melbourne around 11.30pm on January 5.

Reports and photos have emerged suggesting Djokovic was in Serbia around Christmas Day, which, if true, means he had travelled to Spain within the 14-day window.

The declaration noted that giving false or misleading information was a serious offence, while civil penalties were also available.

"The [Australian] Prime Minister explained our non-discriminatory border policy and its role in protecting Australia during the COVID-19 pandemic," a read-out of the conversation stated.

"They both agreed to stay in contact on the issue, and to further strengthening the bilateral relationship."

Djokovic has at least one supporter in the government's ranks, with former tennis professional John Alexander telling ABC RN Breakfast that there was "no reason" to deport Djokovic in the wake of Monday's court ruling.

The decision to cancel Djokovic's visa was found to be "unreasonable" because border officials made their decision before he had been afforded the time and opportunity to properly argue his case.

The court made no finding on whether Djokovic had a genuine medical exemption to vaccine requirements, however Judge Anthony Kelly questioned during the hearing what more he could have done to prove he was eligible to enter the country.

Djokovic's lawyers had argued their client had permission to land in Australia and compete in next week's Australian Open unvaccinated, citing his approved visa, a medical exemption from Tennis Australia and the Victorian government and a travel declaration which "indicated" he met requirements for quarantine-free travel.

Mr Alexander, who is retiring at the next election, cited Judge Kelly's comments as he described the decision in Djokovic's favour as "pretty emphatic".

He argued Djokovic was not a risk to the health and safety of Australians, which was the grounds upon which his visa was originally cancelled.

Asked if it would be a mistake for Mr Hawke to cancel Djokovic's visa, Mr Alexander said: "In my opinion, yes it would be".

Mr Alexander said there was no risk of Australia losing its right to host the Grand Slam, however its reputation could be "diminished".

"If the Australian Open is making conditions that people seem to meet and then [they] are not allowed to come even though they seem to have met the conditions, that would not help our status," Mr Alexander said.

Labor's immigration and home affairs spokeswoman Kristina Keneally said the Morrison government looked like a "pack of idiots" through its handling of the saga.

"This is an incredible mess and Prime Minister Morrison, and his Home Affairs Minister Karen Andrews have a hell of a lot of explaining to do," Ms Keneally told Channel 7's Sunrise program.

"Because what we have seen from this is that Australians now know they can't trust Morrison's government to enforce the rules at the border, and they've done incredible damage to the reputation of the Australian Open."