Dixon: Indy 500 pole "huge" result but only "step one" to victory

Dixon’s four-lap average around the Indianapolis Motor Speedway was 234.046mph, making it the fastest ever pole run in Indy history, and the second fastest run of all time. (Arie Luyendyk’s famous 236mph run in 1996 was not set on Pole Day).

The six-time champion praised the whole Ganassi operation for that achievement, and also for getting all five cars into the second day of qualifying.

“I think it was huge, but not just for the #9 car,” he said. “I think for Chip and his whole group - huge credit to every single person on the team. That was definitely a feat.

"Five cars in the Fast 12; four in the Fast 6. Every team owner would dream of that situation, and I think without the hiccup that Jimmie [Johnson] had, it would have been all of us in there. Kudos to Chip and everybody on the team. Kudos to Honda and HPD.

“The amount of effort that goes into qualifying alone is kind of mind-boggling. I think even for us that are in the team and in this kind of community just how much goes into it is crazy. For the team to see that and for it to pay off is huge.”

Dixon said that heading out for his final run with teammate Alex Palou at the top of the speed charts, he “knew the pole was guaranteed for our team, but, of course, I wanted it over Alex.”

He then singled out for praise his race engineer Michael Cannon, with whom he won the 2020 IndyCar championship.

“Cannon, huge credit to him. After yesterday we did a couple of things that we shouldn't have done, and the knock-on effect really affected us yesterday. I guess lucky with the weather, and that had us in that Fast 12 for us to continue on today."

"[It's]step one, but doesn't guarantee you anything. It pumps you up for at least this week. Hopefully we're this happy come next Sunday as well, and one of us is lucky enough to be drinking milk. Then that's job well done. Yeah, it's some bragging rights I guess for a few days, but that's all this means.”

With this pole position, Dixon broke away from a four-way tie with Rex Mays, AJ Foyt and Helio Castroneves on four Indy poles, so that he now holds second place alone, just one behind Rick Mears.

Asked if that made him frustrated for potential poles that got away, Dixon replied: “No, I would much rather have the three more victories he has than I do! That's plain and simple. A pole is fantastic and, again, it is a privilege, but everybody wants to win, man.

“This is damn hard to do for many reasons and for everybody on the team. Trust me, everybody feels very good about this situation, but not as good as I felt when I won in 2008, so I want that feeling again.

“All 33 drivers want that feeling, and some have had it before, and the unfortunate part of that is it makes you want it that much more again."

Dixon's sole win so far in the Indy 500 came as long ago as 2008, while the Ganassi team is looking for its first Indy win since Dario Franchitti scored his third triumph in 2012. 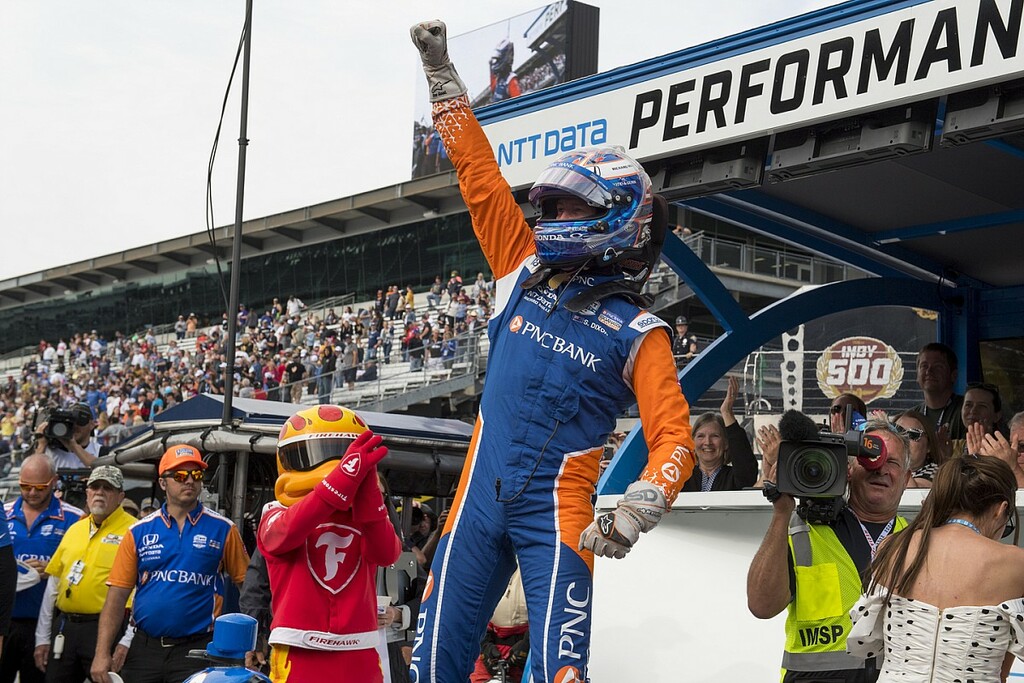 Dixon: Pole at the Indy 500 is a privilege but is only “step one”
Scott Dixon was thrilled to earn his fifth Indy 500 pole, and said for the Chip Ganassi Racing-Honda team it…

Motorsport
One subscription that gives you access to news from hundreds of sites
Indy 500: Dixon wins brilliant fifth pole at 234mph average

Scott Dixon has become a five-time pole-winner at the Indianapolis 500, with the second fastest qualifying run ever seen at…