Divorce difficult as marriage is considered a sacrament: SC 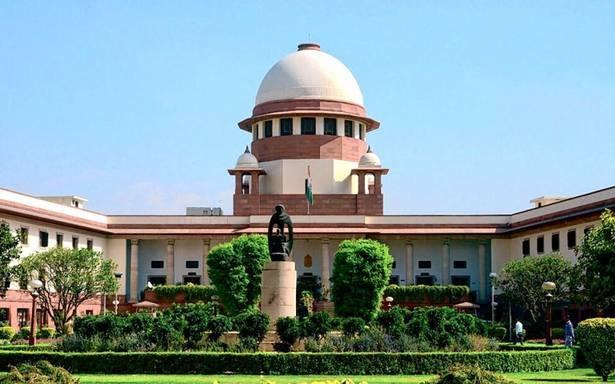 The Supreme Court on Monday said the legislature has so far been reluctant to introduce “irretrievable breakdown of marriage” as a ground for divorce because marriage is considered “sacramental” and is supposed to be an “eternal union of two people” under the Hindu law.

“Society at large does not accept divorce, given the heightened importance of marriage as a social institution in India. Or at least, it is far more difficult for women to retain social acceptance after a decree of divorce. This coupled with law’s failure to guarantee economic and financial security to women in the event of a breakdown of marriage is stated to be the reason for the legislature’s reluctance to introduce irretrievable breakdown as a ground for divorce,” a Bench of Justices S.K. Kaul and Hrishikesh Roy observed in a judgment.

The court also noted that repeated allegations and litigation against a spouse amount to cruelty which is a ground for divorce.

The judgment came in a case in which the wife left on the wedding day itself. The court said that she had gone on to initiate complaints and allegations against her estranged spouse.

“This conduct shows disintegration of marital unity and thus disintegration of the marriage. In fact, there was no initial integration itself which would allow disintegration afterwards. The fact that there have been continued allegations and litigative proceedings and that can amount to cruelty is an aspect taken note of by this court,” the court said.

The court dissolved the marriage on both the grounds of irretrievable breakdown of marriage and cruelty.

“A marriage is more than a seemingly simple union between two individuals. As a social institution, all marriages have legal, economic, cultural, and religious ramifications... Families are arranged on the idea of a mutual expectation of support and amity which is meant to be experienced and acknowledged amongst its members. Once this amity breaks apart, the results can be highly devastating and stigmatising. The primary effects of such breakdown are felt especially by women…” the court noted.