Diversity, dialogue – and a prankster bassoon: how Mozart speaks for us all 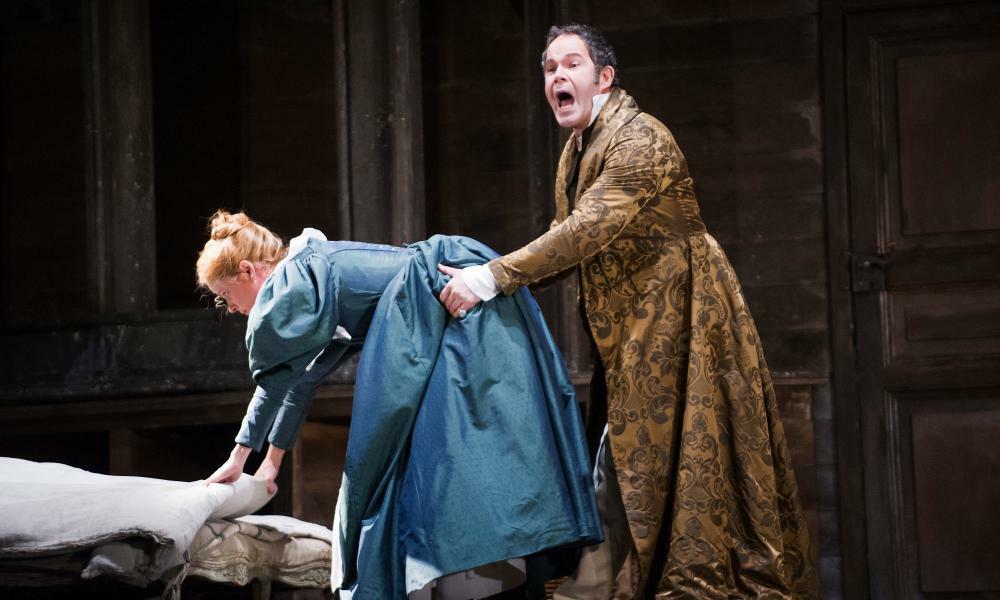 When I was 12, my piano teacher gave me a great gift. For my first piano concerto, he assigned me Mozart’s 23rd, in A major, one of the most perfect pieces ever written. “Kiddo,” he said, “you have to understand that this piece is a privilege.” I begged my father to take me to the music store right away; on the ride home, I caressed the happy yellow cover, adorned with laurels. For weeks, my parents didn’t need to force me to practice. I loved even those first four bars – how they folded in, all intimate lyricism. And then the next bars, how they piped up, as if laughing off the first.

My teacher’s use of the word “privilege” came back to me recently — he probably wouldn’t phrase it that way now. The word hangs heavily in the air these days. It has lost what positive connotations it had. But privilege and Mozart have a fascinating, fraught relationship. Just look at his two most famous operas: The Marriage of Figaro and Don Giovanni. Both plots are centred (not loosely, but obsessively) on the privileges of terrible people, and derive most of their momentum from destroying their outdated senses of entitlement. Count Almaviva asserts the right to deflower his servants; the Don claims the right to sleep with anyone and anything that moves, whether they consent or not.

Mozart was not only attracted to these dangerous plots, but wrote some of his most vivid and iconic music for these moments of tearing privilege off its pedestal. You have only to think of the screaming minor scales and wild chromatic intensities as the Don is dragged by demons down to hell. And, on the opposite side of the spectrum, the gorgeous pleading phrases – all the possibilities of music without sharps or flats, just the beauties hidden within the major scale – as the Count begs to be forgiven for his endless cheating. These are the two possible endpoints of unjust privilege, Mozart seems to suggest: on the one hand defiance and total ruin; or genuine and heartfelt regret and acceptance of blame. Both, of course, seem awfully familiar in our modern world. And it is interesting how sexual misdeeds loomed in Mozart’s mind – his awareness of the link between sex and power.

This aspect of Mozart’s brilliance carries over into his non-opera music. Most listeners know without knowing (or caring to know) that music has any number of small hierarchies and “privileges” built in. Which key is the home key, for instance, or which beat is the downbeat. Some notes feel right and settled; others wrong and in need of resolution. These hidden assumptions, changing from style to style, make expression possible. Maybe the most sweeping of all is the general assumption, at any given time and place, of what music “should do” – the range of its acceptable behaviours.

Mozart gives the appearance of wanting to fit in, to be elegant and tidy, to wear the wig and bow. But he slips his dissent in everywhere, at corners between phrases, in a flat note here, or a missing beat

It is here that Mozart’s particular personality meets his historical moment in a profound way. It’s worth comparing him to Beethoven, whose career depended on upending niceties, of doing what shouldn’t be done. He embraced the persona of a revolutionary. But Mozart behaved more like an informant – more dangerous, in a way, and insidious. He often at least gives the appearance of wanting to fit in with the prevailing style, to be elegant and tidy, to wear the wig and bow. Meanwhile, though, he slips his dissent in everywhere, at corners between phrases, in a flat note here, or a missing beat, or an infinite array of ingenious manoeuvres. In the great C major Concerto, K503, for instance, we begin with all the trappings of pomp and empire: a fanfare, trumpets and drums, the grandeur of the orchestra. Only 20 seconds in, however, the piece disintegrates into a scattered, minor key patter. Where is the beat? Are we in major or minor? Even the most fundamental presumptions of a piece of music are up to question – and only through questioning them does Mozart arrive at his most important revelations.

When the director of this year’s Lammermuir festival asked me, as their “artist in residence”, what music I loved to play the most, I replied Mozart piano concertos, because – strange to say – they made me feel free. Next to the operas, they are generally considered to be his most important body of work, and maybe this is partly because you get to meet “Mozart himself”: the keyboard becomes a proxy or stand-in for his renegade, mischievous (and yet pristine) musicianship. You don’t feel in these pieces (as with later Beethoven concertos, or Tchaikovsky) that the piano is locked in a battle with the mass of orchestra, trying to triumph against insuperable odds. No, it is all dialogue, or multi-logue. The piano (Mozart) is not the only or best star. You have the beauties of the strings of course, and maybe even more importantly, you have the motley winds, who become opera characters emerging from offstage, coming on to express some brief but touching cameo. Each section and instrument has its strengths and weaknesses – the pillowy sustain of a violin section, the more penetrating clarinet (with its sense of the human breath), the ping and clarity of a piano. I feel Mozart had special soft spots for the viola, his native instrument – often instigating from the middle, from within, like him – and the bassoon. The bassoon either pleads and sighs tragically, or laughs. It is both a messenger of sorrow and a prankster.

The late great Charles Rosen said that the entire Classical Style, the bedrock of Haydn, Mozart and Beethoven, depends on the style of comic opera, which is to say: the change-up. The art of quick-fire timing, the same as any comedian. You deliver your premise, then switch on a dime to the punchline.

This mechanism is at work continuously in Mozart. You begin one phrase as the imperious Count, and by the end you are his victim, Susanna. None of these voices are particularly privileged; Mozart’s style (more anonymous than Beethoven’s) sets itself up as a vessel for all of them. The reward of all this switching and crossing is – somehow – access. At certain moments, suspended within Mozart’s works, you find yourself in contact with (to invoke another fraught word these days) emotion of incredible fragility, a declaration of love or an admission of error, or a raw current of loss. That’s when Mozart makes you realise: the true privilege is to see the world through the eyes of another.

• Jeremy Denk’s recording of Mozart Piano Concertos, with the St Paul Chamber Orchestra is out on Nonesuch on 17 September. Jeremy Denk performs at the Lammermuir festival on 16th and 20 September.