An unearthed clip from Sky News shows Peter Andre breaking down in tears over his plans to adopt Harvey Price.

The Mysterious Girl singer was appearing on Kay Burley's news show in 2010 when he was questioned about his desire to adopt his ex wife Katie Price's son.

Peter became emotional as he was shown footage of Harvey’s estranged dad Dwight Yorke slamming the musician's proposal to legally become a father to his son, as reports the Mirror.

Dwight said: “I understand that he has to play a role, because that comes as part of the baggage when you get involved with Kate.

“But for him to say he was going to adopt my kid - and now look what’s happened four years down the road [Pete and Katie split].

“Is he prepared to adopt Harvey at this stage? I don’t think so. The onus falls back on the father, which is me in the first place, so that’s why it should not have been mentioned.”

After watching the clip during an interview with Sky News’ Kay Burley, Pete hit back: “No disrespect, but has he seen Harvey since this interview?

“To me, a nice little thank you would be nice instead of telling me. I asked to adopt him because I love him. I didn’t ask to adopt him to be disrespectful. It angers me when people turn around and I get a comment like that.”

Things took a turn for the worst when Kay then asked Pete how he would react if one of Katie’s partners tried to adopt his kids Junior, 16, and Princess, 14, from his marriage to the glamour model.

With tears in his eyes, he said: “No one is going to take my kids away from me – nobody. I will fight to the death for that.”

Trying to compose himself, the now father-of-four told Kay: “I didn’t expect that, I’m sorry. I will die for those children.”

Apologising, Kay explained to viewers at home that Pete had been informed he would watch a clip of Dwight and be asked about his own kids.

“We didn’t mean to upset you. Tell me about the tour,” she said trying to change the subject.

But an upset Pete chose to cut the interview short saying: “I’d rather just stop this if that’s alright.”

Kay was accused of "bullying" the star in the aftermath of the interview.

A total of 881 complaints were received by Ofcom from viewers at home.

Sky News was later cleared of any wrongdoing.

Writing on her blog after the interview, Kay shared that Pete “sobbed on my shoulder” in the green room.

She said: “Peter Andre broke down on my show and when I went to check during an ad break that he was OK he sobbed on my shoulder in the green room.

“He’d discovered not 12 hours earlier that the mother of two of his children had married without even bothering to tell him and was devastated at the very thought she might want to take the youngsters away from him.”

She later married stripper Kieran Hayler, with whom she shares children Jett, eight, and Bunny, seven – and is now engaged to ex-Love Island star Carl Woods.

While Pete has been married to doctor Emily MacDonagh since 2015 and they share children Amelia, eight, and five-year-old Theo. 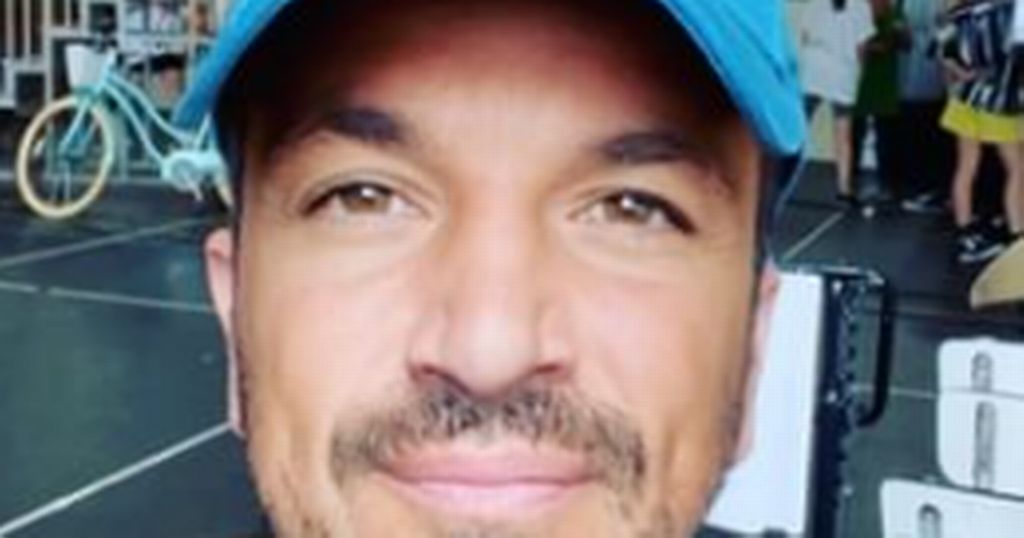