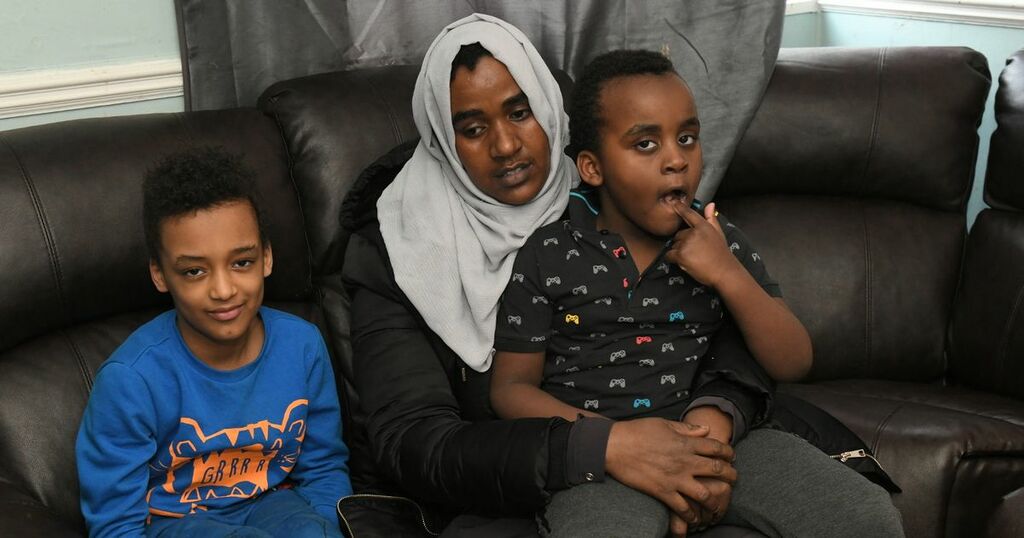 An exhausted mum-of-four who is living in a home which constantly floods fears it is causing her son to have seizures.

Hamedi Mahamed spoke about living in the "death trap home" back in February, when she first had a leak and her ceilings caved in.

But almost eight months on, the situation hasn't gotten any better for the mum as another leak means her bathroom and hallway flood almost daily.

Wires can be seen poking out of the loft beams above while Hamedi claims water is "dripping down the walls", HullLive reports.

Miss Mahamed, who claims she's been having to cope with such issues for two years, worries about the effects such poor living conditions are having on her son, who has disabilities.

What are your thoughts on this ? Let us know in the comments below

In a terrifying account of how the issues may be taking a real toll on her family's health, she described how her son had a seizure after licking water off the wall which she fears may have mixed with paint.

But Hull City Council said it has sent plumbers and maintenance staff to the property to fix the issues numerous times.

Miss Mahamed and her children moved into the property in January 2019 but the problems began not long after.

She said: “I am very upset and so annoyed the problem still hasn’t been sorted.

“Every time someone has a shower it leaks downstairs into the toilet and hallway.

“I am having a hard time every day and I keep calling the council and anyone I can think of.

“My youngest son is four but he has issues and cannot speak or hear properly.

"I also think he has autism but we have not had a diagnosis yet.

“He will try and eat anything and keeps trying to drink the water as it drips down the walls.

“He had a seizure recently and we think it could be linked to the paint mixing with the water as it comes down the walls.

“Having a child with disabilities in this house is terrible. We need to get a better house. My youngest is not sleeping. I don’t want him to get a seizure again.

“I keep calling the council and telling them it is dangerous. But I blame myself for having my children live like this.”

At one point, Miss Mahamed, who has four sons aged 15, 13, six and four, claims the ceiling collapsed due to the leaking water.

She said: “They came to fix the ceiling but they never looked at what was causing the leak. I need a plumber to fix it."

Miss Mahamed admits her son did break the shower last week but says the issues have been going on for much longer.

She said: “When I moved in there were not the same issues with my youngest son as there are now.

“He does not like the shower which upsets him.

"He did break it last week and I have asked if we can get a bath now as I think that would be better for him."

Hull City Council said it has already been out numerous times and has promised to investigate why it keeps happening.

A spokeswoman said: “The council has arranged for plumbers to fix the breakages on numerous occasions, and has once again arranged for a plumber to visit and fix the damage, and investigate why the issue is re-occurring.”