Disney+ will carry about four minutes of commercials an hour on the ad-supported version of the platform set to launch later this year, company officials said.

The company has also decided not to run any commercials during programming catering to preschool children when the ad-supported version of the service launches, officials said. Preschoolers who use their own profile to watch the ad-supported Disney+ won’t see any advertising no matter what they choose to stream, they said.

“We’re never going to collect data on individual kids to target them," said Rita Ferro, Disney’s president of ad sales and partnerships, in an interview.

The planned four-minute-an-hour ad load is smaller than that of most of Disney+’s rivals and significantly smaller than what can be found on traditional TV, company officials said.

The ad-supported tier of Hulu, which is also controlled by Disney, shows ads for nearly twice as much time as Disney+ will, Ms. Ferro said. Comcast Corp.’s NBCUniversal said the ad-supported tier of its Peacock service had about five minutes of commercials an hour, while Warner Bros. Discovery has said HBO Max wouldn’t have more than four minutes of ads an hour. By comparison, ad loads on traditional TV are usually between 18 and 23 minutes an hour, according to Kantar, a research firm.

Ad buyers say Disney+ is seeking to charge advertisers about $50 to $60 for reaching 1,000 viewers, a measure known as a CPM, or cost per thousand. Disney declined to comment on pricing. That price range is in line with other top streaming services, ad buyers said, but it remains expensive given that brands are unable to request having their ad appear in specific programs, something they can do on traditional TV.

Nevertheless, the prospect of ads arriving to Disney+ is exciting to Madison Avenue, partly because streaming services are one of the few places where advertisers can reach young people, who have largely abandoned traditional TV over the past few years.

Disney+ is particularly attractive to advertisers because its content is deemed brand-safe content, ad buyers say. Many companies have landed in hot water over the past few years after their brands appeared near controversial content online.

Disney is unveiling its advertising strategy for Disney+ as many major TV programmers pitch their networks and platforms to advertisers, kicking off what is known as the “upfront market"—where networks promote their television lineups and sell ads for the coming season.

Spending on TV advertising in the U.S. is expected to increase 6% this year to $74.2 billion, including streaming as well as national and local TV, according to estimates from WPP PLC’s ad-buying giant GroupM.

Ad buyers caution there is a risk that global economic turmoil and the war in Ukraine could derail advertising demand. The three largest digital-advertising players in the U.S.—Google parent Alphabet Inc., Facebook parent Meta Platforms Inc. and Amazon.com Inc., recently said they have seen their ad-revenue growth experience a significant slowdown.

Disney is likely to face competition on the advertising front from the streaming industry’s biggest player—Netflix Inc., which said last month that it was exploring offering a lower priced ad-supported tier, in a stark reversal from its previous stance that ads didn’t belong on the service.

Netflix declined to comment further on its plans or the timing of its launch. The advertising industry has welcomed the prospect of the largest streaming service opening itself up to commercials. Netflix had 221.6 million subscribers at the end of its most recent quarter, while Disney+ had 137.7 million.

Most streaming services are already offering a cheaper, ad-supported tier, as the proliferation of platforms has made consumers more price-sensitive.

“We are uniquely positioned to provide audiences maximum choice in what they watch and how they watch it," Kareem Daniel, chairman of Disney Media and Entertainment Distribution, said in an interview.

When Disney+ launched in 2019, there were no plans to create a version of the service with commercials, but executives there did recognize the possibility.

“It was always in the back of my mind as a potential thing we might do," said Michael Paull, president of Disney Streaming.

Mr. Paull said Netflix’s “following us in this area validates where we are going." 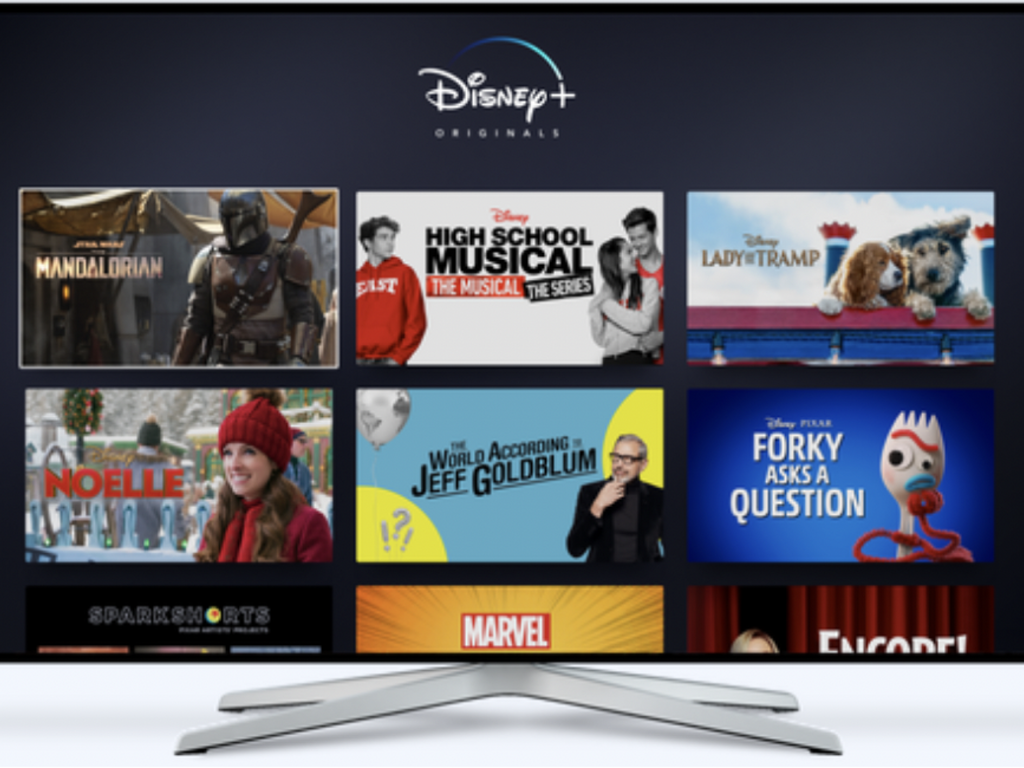 While international content on OTT platforms finds ready takers among young urban Indians in the metros, those in small towns…