Discover Forgotten River, a podcast from our award-winning team 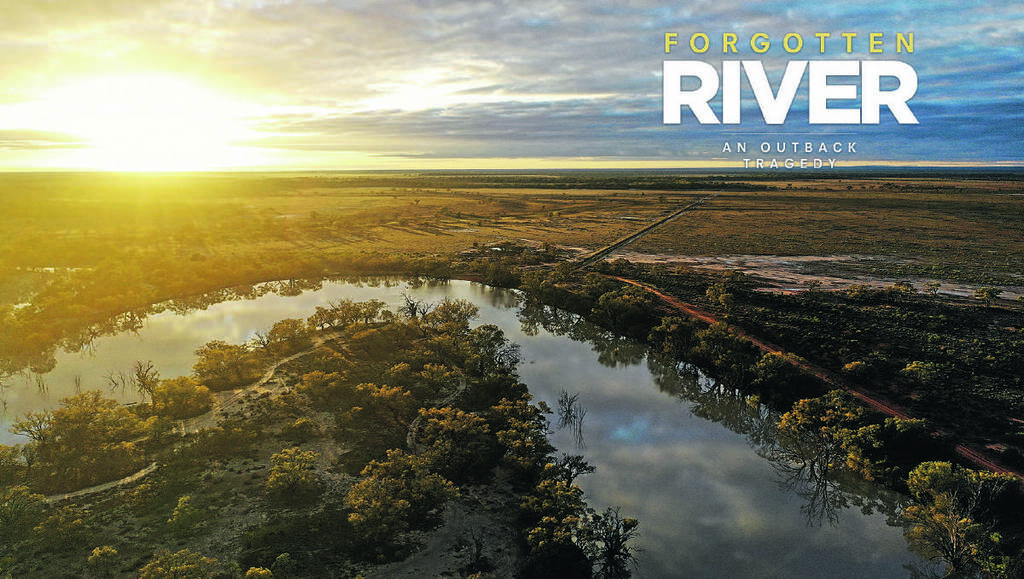 Welcome to the Forgotten River - a four-part podcast special and accompanying series of articles, photos and videos telling the stories of the Darling River and its people.

Three Australian Community Media storytellers were sent deep into Outback NSW to listen to the stories of the people of the Darling or the Barka, as First Nations people know it.

The result is Forgotten River, a podcast+ from the team behind Voice of Real Australia. You can listen to the full series above or find it in in your favourite podcast player.

Alongside the podcast, over the next two weeks the story of the Forgotten River will also be told on our websites through a series of articles, videos and photo galleries.

Our aim is take our listeners and readers to the banks of the Darling River where, despite decades of neglect, the people refuse to give up fighting for the life of this national icon.

The Darling is dying. More than a century of exploitation and failed policy have put Australia's third longest river - a critical artery in the vast Murray-Darling Basin - in peril.

To the Barkindji people of far-western NSW, the river channel marks the course of the Naatji - the rainbow serpent. It has sustained cultures and communities for thousands of years.

Today, more than 3 million Australians rely on water from the Murray-Darling Basin. So do 40 per cent of all Australian farms, producing $24 billion worth of food and fibre every year.

Good rains have the Darling finally flowing, but the people living and working along its course fear their lifeline will soon run dry again - emptied by irrigators, floodplain harvesters and water traders. The water on which they rely has become a commodity at the expense of the environment it sustains.

Mass fish kills near the tiny town of Menindee in 2018-2019 drew global attention to the river's disastrously poor health. A few short years later, it has faded from view. But the people of the river - the Indigenous communities, the farmers and the townsfolk who rely on its water - refuse to be silent.

They will not let the Darling become the forgotten river.

They say the waterway, which used to be plied by paddle steamers carrying wool from the vast sheep stations that lined its banks and sustained First Nations people for millennia, cannot be allowed to die.

The fate of the Darling has been on the radar on and off since 1899, when Henry Lawson wrote The Song of The Darling.

And all that is left of last year's flood / Is a sickly stream on the grey black mud;

The salt-springs bubble and quagmires quiver, / And this is the dirge of the Darling River.

In 2007, in his legislative swansong, John Howard steered the Water Act through parliament. Its intent was to use Australia's international environmental treaty obligations to exert federal oversight over the Murray-Darling Basin.

The Millennium Drought had thrust the Murray River into crisis.

The Water Act allowed the Commonwealth to override state water rights enshrined in the Constitution. The precedent had been set in 1983, when the federal government intervened to stop the damming of the Franklin River in Tasmania by invoking its international obligations.

While the intent was good, say the people of the Darling, the outcome has been anything but. Politics, greed and a broken federalism, which has seen states acting in self-interest, have led to death by a thousand cuts. Less water going in, more coming out.

They are calling for the base health of their river to be guaranteed, for the Darling to be treated as more than an irrigator's culvert. In towns like Wilcannia, they want the river to be kept flowing not just for the mental wellbeing of their community but to sustain the fish that are an important source of food.

In Menindee, they want their lake system treated as more than a cistern, to be flushed by downstream irrigators. They want water kept in the lakes to ensure breeding habitat for fish and birds.

And further north, around Tilpa, they want an end to ungoverned floodplain harvesting, which they say diverts water that should flow into the river into private storage.

All of them want the Darling River to be allowed to run.

Listen to the full story on our podcast. Search Forgotten River on Apple Podcasts, Spotify or your preferred app. You can also click here, or use the web player in this article.

This story Discover Forgotten River, a podcast from our award-winning team first appeared on The Canberra Times.