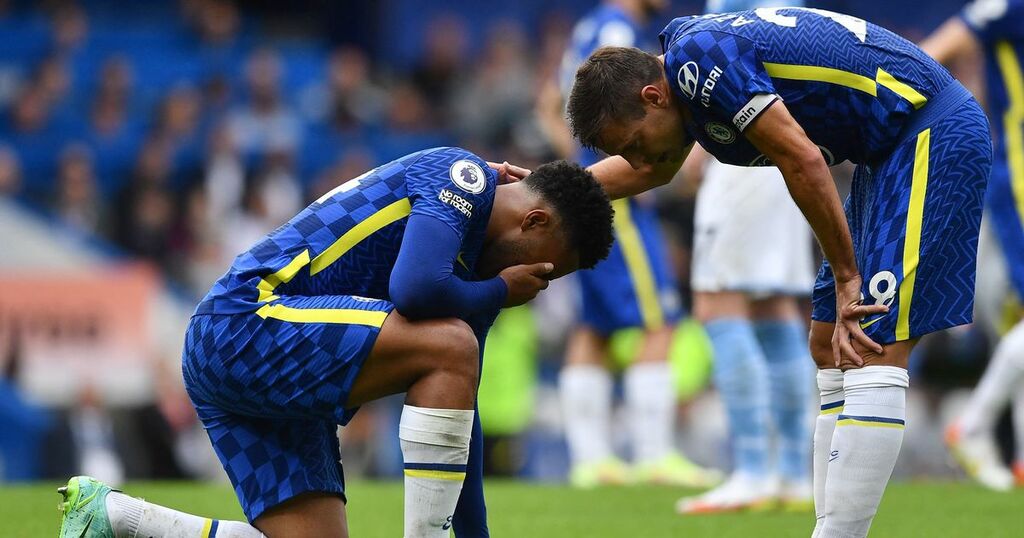 Probably a line repeated ad nauseam down the years by football fans, the warm-up to a nine-month slog of intense competition is usually forgotten the moment the first ball of competitive action is kicked.

No event in the English calendar better sums this feeling up than August's Community Shield which in recent years has been hyped by broadcasters to create the facade the glorified friendly isn't just – a glorified friendly. Can you remember who played it this year? What was the score?

However, in recent years the preparations of Chelsea have come under some scrutiny by supporters ahead of challenging campaigns.

Most notable was the shorter pre-season which led to the disastrous 2015/16 campaign in which the Blues embarrassing title defence cost Jose Mourinho his job before Christmas, as Guus Hiddink took interim charge for the second time in his career leading us to a 10th place finish.

The build-up for the club's next title defence under Antonio Conte in 2017 preceded a challenging year which ended in Conte's departure and the club missing out on Champions League qualification.

In both cases, Chelsea had limited match time, arrived later to pre-season and endured a slow start to their Premier League campaigns causing further issues.

It is also worthy to note, neither of these pre-seasons was impacted by a major international tournament which caused an enforced delay in first-team players returning to Cobham.

Arguably Chelsea's best pre-season (if there is such a thing) came in 2014 following the World Cup in Brazil. Jose Mourinho took the Blues on a tour of Europe, playing in a total of 10 fixtures before kicking off against Burnley at Turf Moor. New signings Diego Costa and Cesc Fabregas were fully integrated into the team – aided by Spain's disastrous group-stage exit – and Chelsea hit the season in peak form and condition as they forged to the club's first league title in five years.

Chelsea's pre-season exploits this year were majorly impacted by EURO 2020 having the most players involved in the tournament.

Thomas Tuchel was forced to field unrecognisable lineups in the games against Peterborough and Bournemouth before the first batch of internationals returned for the trip to North London to face Arsenal. Andreas Christensen, Cesar Azpilicueta, Mason Mount, Reece James, Ben Chilwell, Jorginho and Emerson all missed the pre-season action before Chelsea travelled to Belfast for the UEFA Super Cup.

That was only three days removed from the Premier League opener to Crystal Palace where Tuchel would have to alter his team again – including four of the players involved in the final and semi-final of the summer tournament.

Following the defeats to Manchester City and Juventus before this international break, discussions over the sharpness of the first team and attacking chemistry with record-signing Romelu Lukaku have been had, which caused me to cast my mind back to a challenging pre-season for Tuchel and whether that old issue may be impacting Chelsea's more sluggish early season performances.

Luckily, a friend of mine Dan McCarthy (@MaccaSport), who runs Chelsea News site "Si and Dan Talk Chelsea" with well-known writer Simon Phillips, reminded me of a previous conversation we had over a year ago regarding the actual importance of a strong pre-season.

I contacted Dan, who apart from reporting on the club, is a licensed coach currently working in the United States with San and Surf Soccer Club in Los Angeles, California – having previously been a young player at Chelsea's academy.

Picking his brains on this unique period of a football season, I wondered what the average supporter did not appreciate about pre-season?

"The human side of things first and foremost; the introduction and collaboration of many ideologies and cultures, the intricate learning process of players tendencies and preferences, also the building of relationships and trust between players and staff, also partnerships." McCarthy said from sun-swept LA.

"Moving more towards the game itself; the art of sharing, educating and then implementing a foundational way of playing with innovative tactical instruction, alongside the learning and implementation of a football philosophy and its characteristics and concepts."

For a club like Chelsea competing across multiple competitions will naturally congest the schedule, there is limited time for Tuchel to go in-depth on tactical ideas and try new concepts out, as players focus on recovery between games and opposition analysis naturally takes centre-stage.

"It's more in the level details of what can be done tactically and in the fitness, strength, conditioning departments in pre-season compared to the season.

"Pre-season is fundamentally about laying the foundations, the core values and concepts of which you will build on as the season begins and rolls on. Preparing the body and mind for a long season ahead, plenty of strength and fitness work, which allows these players to play at the speed they do on a consistent basis, which turns into maintenance as the season goes.

"Tactically, pre-season is about implementing the style and philosophy, your way of playing, as the season comes, it is tweaked throughout and more time is spent on opposition analysis, which makes time away from your own product. However, balance is key."

Chelsea could play up to, and over, 60 games across the Premier League, Champions League, FA Cup and Carabao Cup – with the added addition this year of involvement in the UEFA Super Cup and the FIFA Club World Cup due to the Blues European triumph. It appears football's schedule continues to get busier, with governing bodies proposing more international tournaments across shorter year gaps.

Even with the tactical and data advances we see at the highest level of the game, are the intense demands of the modern game limiting the full potential of players and coaches because of limited time in pre-season?

"Whilst mental and physical health is playing a far more important role in the modern game than ever, enough cannot be done in these areas in pre-season anymore due to the demands of the modern player.

"A lot is being done here, more than ever, which is seen by how teams still look "rusty' in the first few games of the season due to the lack of foundational fitness that is built, plus on the other hand, the lack of time available to implement tactical concepts and instruction. You hear many managers now sharing how their teams will learn as the games go and use the early games as "teachers" to learn, rather than the extended pre-season which is no longer."

With the amount of wealth in the game that is spread across the top teams, and the fact the best football players are very well-paid it is very easy to see why fans share little sympathy when cries of fatigue are heard only months into a season.

Though you can only ponder what more rest and further time afforded to coaches in pre-season would do to improve the game we pay a lot to watch. More advances in analysis, tactical innovation – better player development due to less intense demands for just the next game and result.

A bad pre-season doesn't excuse a subsequent nine months of errors, but it is worth pondering whether Chelsea have gone into a challenging season undercooked again and whether Tuchel will pay a price for that in the coming months.

What are your thoughts on the importance of pre-season? Follow our CareFreeChelsea Writer Daniel Childs on Twitter to get involved in the discussion and give us your thoughts in the comments section below