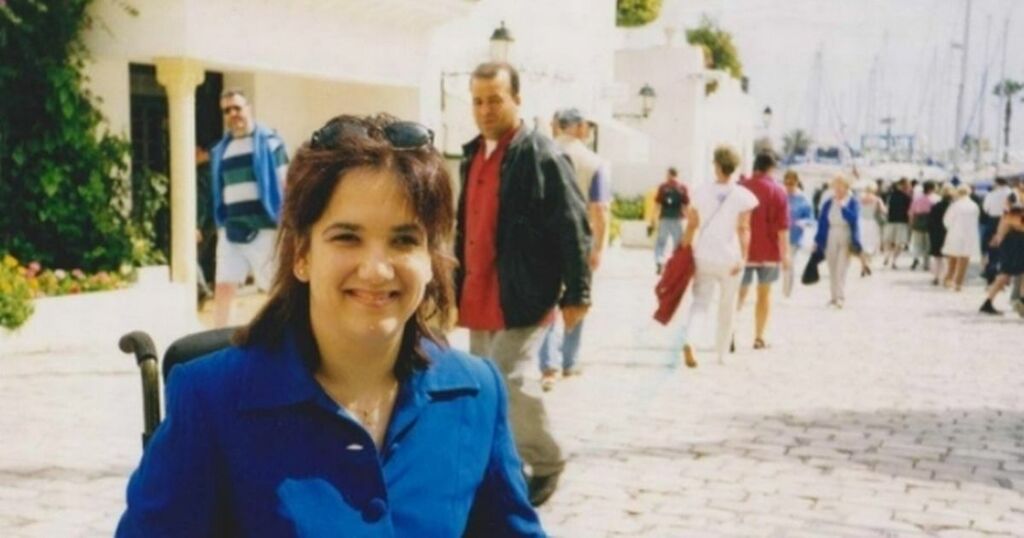 A woman has spent the last six months housebound and surviving off "Jelly Babies and Mars bars" without the electric wheelchair she desperately needs to get around.

Anastasia Tempest, a writer from Leeds, said her wheelchair became unusable six months ago and since then her health has gone downhill, leaving her unable to do basic tasks like cooking and cleaning, or even getting out of the house.

She has cerebral palsy which is a group of lifelong conditions that affect movement and co-ordination as well as causing severe nerve pain, so she needs a wheelchair to undertake everyday responsibilities, reports Leeds Live.

Despite being told she could get a wheelchair on the NHS, Anastasia says this would be "basic" and "no help" as she would struggle to manoeuvre it around.

Anastasia believes that one electric wheelchair, that costs around £9,000, would be able to help her get back to some element of normality - but unable to afford the huge sum, she has set-up a GoFundMe crowdfunding page in a bid to raise the money she so desperately needs.

Anastasia said: "I'm living in a mess. I have an inaccessible kitchen and I'm unable to cook so I'm drinking orange juice, water and cranberry juice. I'm having fluids but barely any food.

"For several months now, since my last wheelchair was beyond use, I've been housebound. I spent a lot of time reaching out to people on Facebook and Twitter, and I do a lot of writing.

"I can't really clean the house either, I have a descent hoover but I can't push it.

"But, isolation is the biggest thing, and for several months now I've not seen blue sky.

"Having an electric wheelchair it is the back bone to everything, it's difficult to do things without one."

Anastasia says in recent years her cerebral palsy symptoms have progressively got worse.

"It's getting worse, and I have some muscle wasting," she said.

"There's nothing I could do about it.

"When I was younger I used to go on sponsored walks - but that's not something I can do anymore."

Before her symptoms worsened, Anastasia had lived a vibrant life and often like to attend professional parties, partake in volunteer work and was very much an "active member of society".

But the last six months have been especially hard - and she's been left unable to leave her home.

"Isolation and loneliness is the hardest," she said. "I have one very good friend who is supportive and helps me out.

"I speak to people online. I knew about Zoom well before anyone else did. Zoom is an absolute lifeline for me."

But Anastasia desperately wants to get back to some form of normality, and so has set-up a GoFundMe page to raise enough funds to buy an electric wheelchair.

"I cannot push a manual wheelchair - I can a little bit inside but it's hard work, and not at all outside," she said.

"An electric wheelchair would make all the difference to my life. Right now, I'm housebound and feel like a caged rabbit.

"I would love to go back to university, get back outside to improve my health and get a part-time job.

"But none of that would be possible for me without an electric wheelchair. It's incredibly frustrating, I want to build back my life and get back to the life I once had."

According to the NHS website, in order to get a wheelchair a GP, physiotherapist or hospital staff will refer the patient to the local wheelchair service for an assessment.

This needs to be done before an NHS wheelchair is provided. The local wheelchair service then decides if the patient needs a wheelchair and, if so, what type. There is also the possibility of getting a voucher that will allow a person to pay towards the cost of a different type of wheelchair.