Disabled woman 'embarrassed' after having to be 'escorted' to BrewDog toilet 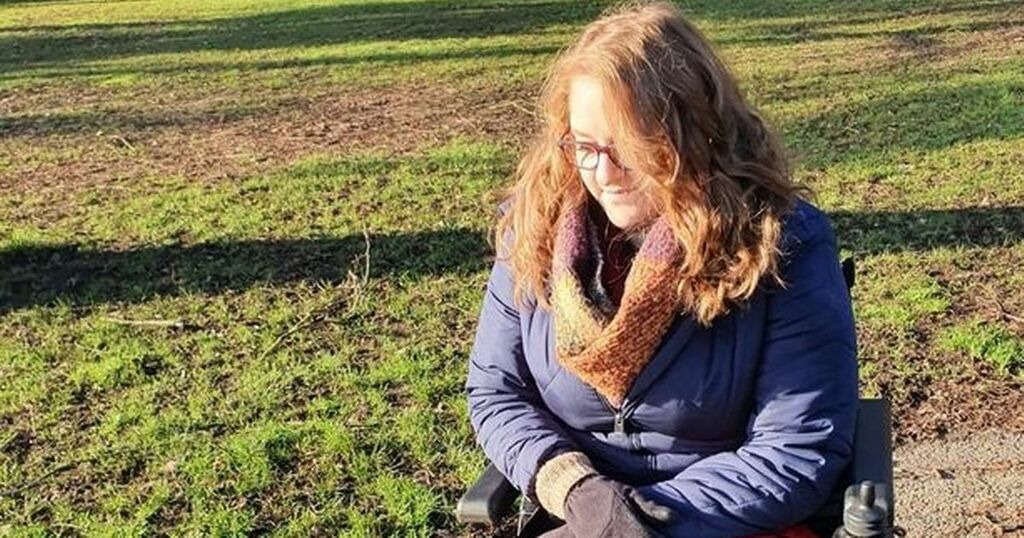 A disabled woman was left feeling "embarrassed" after being forced to leave a venue just to access its toilet.

Jessica Smith, 30, from Western-super-Mare, described how a toilet in BrewDog in Exeter "wasn't accessible at all" as she had to be escorted by two staff two get to it.

Jessica, who uses a wheelchair, had headed out to the bar with her friends, who had booked after confirming it was accessible.

But when they got there she was told the "newly refurbished" venue meant she had to leave it to access a toilet at the top of the stairs in a separate building.

"It was actually the first time I'd gone out and done anything like that since before the first lockdown, so I was already kind of anxious about it, and I'd not been out in Exeter before," said Jessica.

"So my friends had checked out places for accessibility to make sure that there was obviously going to be places I could get into because it's an old city. And we ran into quite a few issues, to be honest," DevonLive reports.

They initially planned to go to Turtle Bay but found no available tables, so they decided to visit BrewDog, where Jessica said she ran into difficulties.

She said: "They were saying inside about how it was all newly-refurbished and everything because my friend went in to check that there was disabled toilets and stuff like that before we actually got drinks.

"And they were like, 'Yeah, yeah, it's brand new it's all newly refurbished, blah, blah, blah' - all that sort of stuff."

However, after the drinks, Jessica needed to go to the toilet. So a friend offered to accompany her in case there were any heavy doors that needed to be opened on the way.

Jessica asked the venue's staff where the accessible toilet was. "I asked, and they were like, 'Oh yeah, it's upstairs,'" she said.

She asked how to get there and said she was told she needed to be taken there by a member of bar staff and a bouncer.

"I think they both had to come because they had to leave the building and go outside," she said.

"You basically have to go out the front of BrewDog, go right down the street [towards The Terrace].

"You go into another building that you have to be let into with a special key, and then you go up a normal lift.

"And then you come out and round the corner, and then there's a platform lift for the wheelchair," she said.

"And then you have to go down a corridor to then get to the disabled toilet.

"So it was already a trek when you're in a wheelchair.

"And it was embarrassing because you just want to be able to go to the toilet without needing to be escorted by two people and be able to get there without any issues. Especially when they say it's accessible.

"The toilet itself was fine. It had enough space to actually get the wheelchair in which they sometimes don't, so that was great."

Although Jessica was able to get to the toilet using her wheelchair, she said she's concerned that other people may struggle to access the facilities - or not be able to access them at all.

"And if you needed to get to the toilet urgently - say you have a colostomy bag or something like that - it takes a while to get there, it's not accessible at all," she said.

Jessica said her friend raised the issue on her behalf as Jessica sometimes finds it hard to speak up - especially when feeling anxious.

She said she and her friends knew it wasn't the staff's issue and said the barman and bouncer were "both lovely".

Jessica also said that one staff member said that they'd raised the problem themselves.

But for Jessica, things still need to be improved to save people from further inconvenience and embarrassment.

"I'm a thirty-year-old woman, and I don't want to have to rely on other people to take me to the toilet," she said.

"I know that they might not be able to change the way that it's laid out in their [BrewDog] Exeter store.

"They've got the platform lift in the other building, so it might be worth it if they can look into whether they can get a platform lift for the stairs within the actual bar itself when you go through the doors to the toilet.

"Because if they could get some platform lifts for there, then you wouldn't have to go all the way outside and round.

Needing to go outside to visit the toilet can also leave disabled people vulnerable and exposed to adverse weather conditions such as snow, rain and ice.

Cold weather is something Jessica said can adversely affect her joints.

"Moving forward when they adapt their buildings or renovate, it's just even thinking about the fact that somebody shouldn't have to go outside and walk around a corner just to go to the toilet - it's a basic sort of thing," she said.

"It shouldn't be an issue. It's 2021, and the fact that everywhere is still so inaccessible it's frustrating."

Unfortunately, Jessica said the experience had put her off a return visit to BrewDog.

"I probably wouldn't go back there unless I absolutely had to just because it was such a hassle, and I wouldn't be able to get there without needing to be taken, and it's embarrassing," she said.

Jessica took to Twitter to voice her dissatisfaction with her visit to BrewDog on November 17.

Somebody from BrewDog swiftly replied, saying, "thanks for getting in touch, I will be sure to pass this across to our bars team to ensure we are making this as safe and accessible as we physically can, appreciate you bringing this to our attention. Cheers Cx."

A spokesperson for BrewDog later said: "We apologise profusely to Jessica, but thank her for bringing this to our attention.

"It's critical all our patrons feel safe, welcomed and happy in all our venues.

"We will investigate immediately why the original tenant and the landlord were unable to install either a lift or an accessible toilet downstairs."