Disabled people have been left on empty planes due to staffing issues at airports in scenes one activist has branded "absolutely unacceptable".

BBC Security correspondent Frank Gardner found himself stuck on an empty jet after it landed back in the UK at Heathrow Airport from Estonia on Sunday night.

The veteran journalist, who began using a wheelchair in 2004 after being shot six times in Saudi Arabia, said it was the fourth time this has happened to him.

Last Monday a Sunair flight from Gatwick Airport was delayed for two hours because a disabled person was stuck onboard a plane.

And the year before the pandemic began Quamer Khaliq, 44, was reduced to tears when he was left on a Thomas Cook Airlines flight from Orlando to Manchester Airport for two hours.

Generally airports work with special assistance providers to ensure that people who need extra help getting on and off airplanes receive it.

Mr Gardner, 60, tweeted about his experience on the flight, explaining how it gave him the impression disabled passengers were not properly regarded.

"It's happened again. Stuck on an empty plane at Heathrow airport long after everyone else is off — 'no staff to get my wheelchair off the plane'," he wrote.

"I am SO disappointed with @HeathrowAirport as disabled passengers are once again apparently the lowest priority."

About 22 minutes after his original tweet, the journalist confirmed he had made it to the terminal.

In 2018, Mr Gardner said he had been left on planes twice in six months.

He accused the airport of having a "casual disregard for disabled people" after staff lost his wheelchair and left him stuck on his plane for 100 minutes.

A spokesperson for Heathrow said: "We are very sorry for the delay Mr Gardner experienced yesterday.

"The airline’s ground handling crew were delayed in offloading the aircraft and we apologise for the inconvenience this caused.

"All organisations across the airport are getting ready to meet the strong summer demand and are working hard to ensure everyone travelling through the airport can enjoy a smooth passenger experience."

John McArdle, a disability activist for Black Triangle Disability Rights, was looking forward to hosting his friend at the beginning of last week, only for them to get held up by a lengthy delay at Gatwick.

According to several messages delivered over the airport's loud speaker, a disabled person was stuck on the Sun-Air flight - something the check-in staff seemed to find "ridiculous".

"I was just outraged," Mr McArdle said of the situation.

"I think it is absolutely unacceptable for a disabled person to be left on an aircraft because of incompetence. It is breach of equality law and health and safety.

Have you had issues while flying from or to the UK? Let us know by emailing webtravel@trinitymirror.com

"Who knows what other needs they might have. Disabled people are entitled to expect that they will be looked after by airline carriers."

Sun-Air and Gatwick Airport has been contacted for comment.

Mr Khaliq found himself in the same situation back in 2019 when the special assistance he'd booked to help him off the plane never arrived.

The 44-year-old, who has been dependent on a wheelchair since birth because of spinal muscular atrophy, remained in his seat after his Thomas Cook Airlines flight touched down at Manchester Airport following a nine-hour flight from Orlando in Florida.

After all the other passengers had left, Mr Khaliq, his carer and his daughter remained in their seats as the cabin crew and pilot disembarked.

Cleaners came and went and the drama only came to an end after newly recruited cabin crew came aboard for training and he threatened to dial 999 to get the fire service to rescue him.

The new recruits' tutor raised the alarm but it took another 30 minutes for a wheelchair to be brought to the plane and Mr Khaliq was finally lifted out of his seat.

Mr Khaliq says he suffered 'distress and humiliation' during the episode.

The Ashton-under-Lyne man told the Manchester Evening News : "There was a moment when I was actually crying. My daughter saw me crying. I wanted this to be special for her.

"This was one of her dreams, to go to Disney World. It spoiled it a little bit. She saw me a little bit distressed.

"When we eventually got home she went to her room and didn't come out for a good period."

"On arrival into Manchester, our crew made multiple attempts to connect with Manchester Airport’s special assistance providers, and a member of the Thomas Cook Airlines team stayed with Mr. Khaliq until he was met at the aircraft.

"We have asked Manchester Airport to look into what went wrong with its provider to ensure that this does not happen again.”

A Manchester Airport spokesperson said: “We have raised this matter as a priority with ABM Aviation, our special assistance provider, and will work with all parties concerned to understand what happened here, and will ensure any lessons are learned."

According to the UK Civil Aviation Authority, If you're a passenger with a disability or reduced mobility you are legally entitled to support, commonly known as 'Special Assistance', when travelling by air.

"This means airports and airlines must provide help and assistance, which is free of charge, and helps ensure you have a less stressful journey," the organisation says. 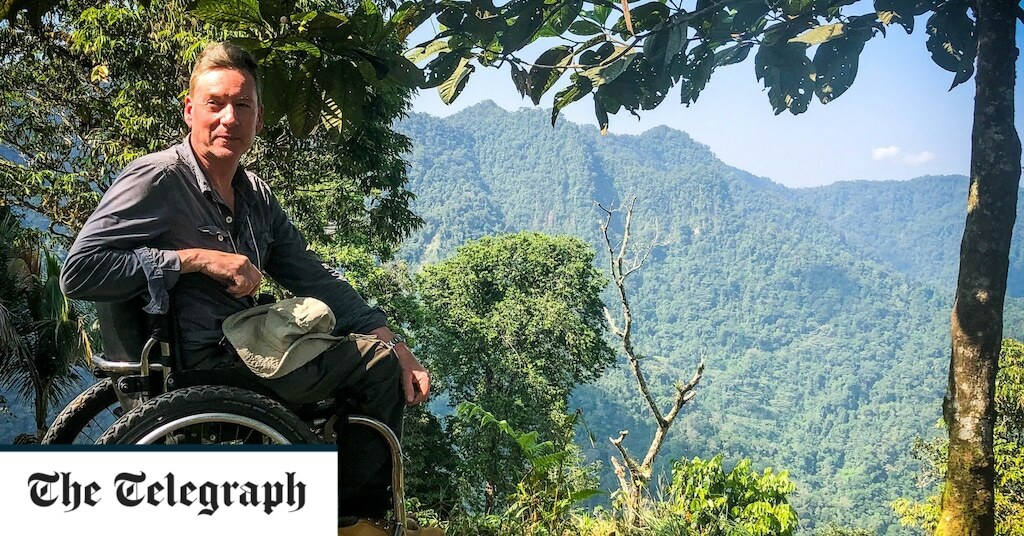 The flight from Gran Canaria to Newcastle airport had to land 1,100 from its destination so that a disruptive passenger…