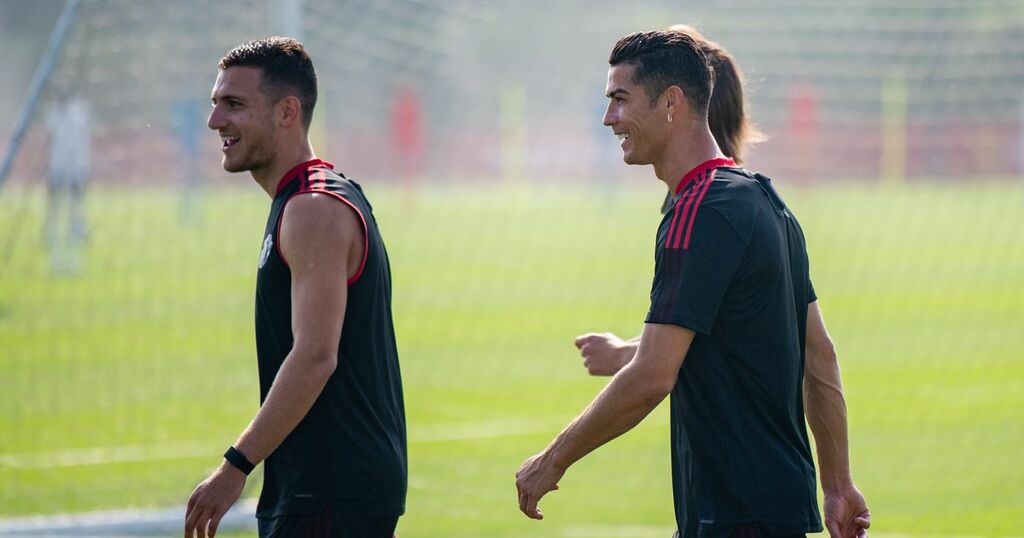 Diogo Dalot has revealed that Manchester United's players were unsurprisingly 'buzzing' when they discovered Cristiano Ronaldo was returning to the club.

In a whirlwind final few days of the transfer window, United managed to steal ahead of neighbours Manchester City and bring club legend Ronaldo back to Old Trafford, 12 years on from his departure for Real Madrid.

The five-time Ballon d'Or winner made a goal-scoring return in his second debut on Saturday, with his two strikes setting United on their way to a galvanising 4-1 victory over Newcastle United.

Dalot is international teammates with Ronaldo and he has discussed how the squad reacted to his return and what he will bring to the club.

“It’s fantastic not just for me, but for everyone to have Cristiano here. He gives so much energy to everyone and he’s been fantastic,” Dalot told United's official website ahead of Ronaldo's second debut.

“On the day [he signed] there was a lot of speculation and it was very good news for everyone involved. Everyone was buzzing with his return to United.

"I texted him and congratulated about him coming back. He said how happy he was to be part of this club again and he wants to help the team and that’s what we want. I know he will help us a lot this season."

“I think fans can expect the same Cristiano as always. To be here winning what he has won and playing like he is playing you can expect the best. We are here to help him and he is here to help us as well and I think with everything combined we can do great things.”