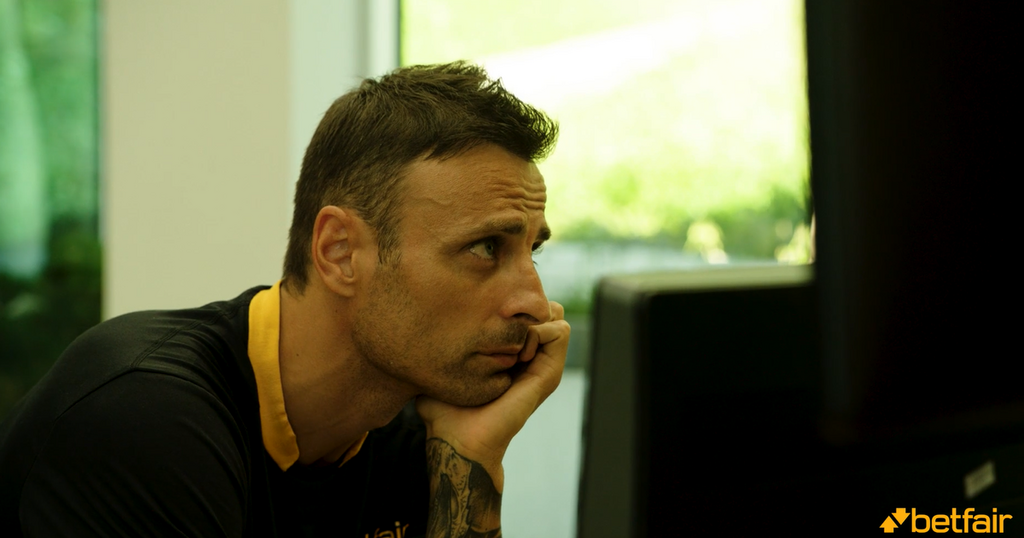 Dimitar Berbatov has surprised a fan that missed the winning goal in the 1999 Champions League final because he was at the toilet.

With just minutes to play, Sir Alex Ferguson's side looked condemned to defeat against Bayern Munich on that night at the Camp Nou, but Teddy Sheringham's late strike brought United back into the game before Ole Gunnar Solskjaer dramatically scored again.

The current United boss' goal completed an unlikely yet sensational comeback and, while most supporters cherish memories of that Champions League final triumph, Berbatov was asked to meet one fan who unfortunately doesn't have that privilege.

"Back in 1999 when United won the treble I was watching the final at home with my family," United fan Dan explained to Betfair.

"60 minutes in I needed the toilet, I knew United would score because they always scored late. When Teddy Sheringham scored the equaliser I jumped up and went crazy, then I ran upstairs to the toilet and washed my hands.

"As I came out I heard screaming from the living room, I missed United's winning goal. The commentators said, 'you'll always remember where you were when this goal was scored', well, I was in the toilet, I’d missed it all."

Berbatov then proceeded to laugh at Dan's misfortune, claiming that he missed the greatest moment in the Reds' history.

Is the 1999 Champions League triumph United's greatest moment? Let us know your thoughts in the comments below.

"Oh my god! You missed the greatest moment in United history," Berbatov reacted.

Dimitar Berbatov was speaking ahead of the launch of Betfair’s new VAR-Batov series, where the Premier League legend will be judging the unfair moments in football that affect so many punters. Watch the first in the series on Betfair’s twitter next week.