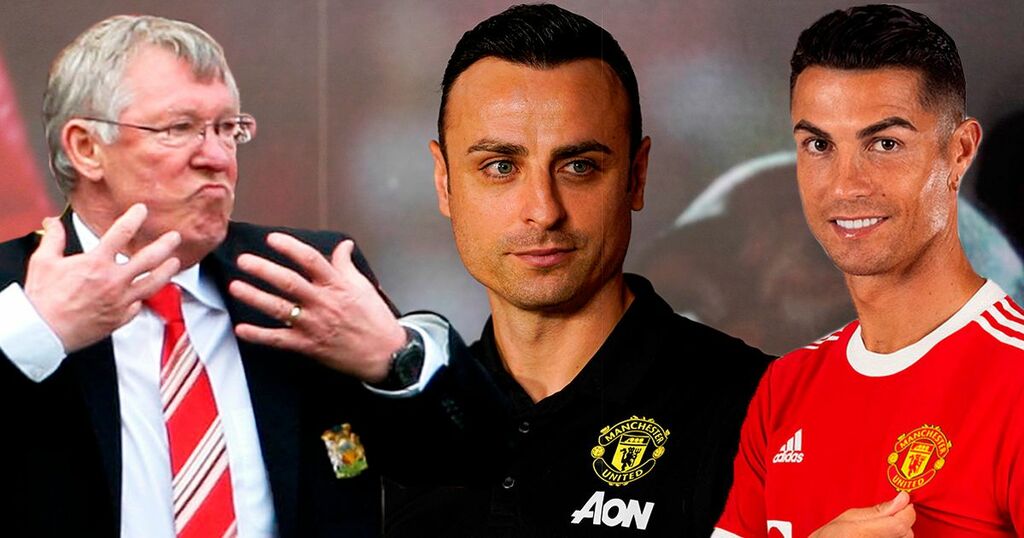 Sir Alex Ferguson would have been disappointed to see Cristiano Ronaldo in a Manchester City shirt.

That's according to Dimitar Berbatov, who says the legendary Manchester United boss reportedly taking it upon himself to call Ronaldo and convince him to return to Old Trafford speaks volumes.

Ronaldo joined Man United in the final week of the summer transfer window, but his fairytale return wasn't a foregone conclusion.

The five-time Ballon d'Or winner was initially reported to be ready to join Man City after holding talks with the Premier League champions.

Fearing the worst, Ronaldo's former boss at Man United, Ferguson, intervened and is said to have spoken to the striker on the phone to change his mind.

Man City eventually confirmed they had pulled out of the running to sign Ronaldo, with the 36-year-old finally being announced a United player for the second time.

Speaking to Mirror Football, Betfair Ambassador Berbatov admitted he was surprised to hear Ronaldo was linked with Man City in the first place.

Adding, ultimately he is delighted he returned to Old Trafford.

"I was surprised, I was reading the rumours and thought, 'Well it is his choice'," said Berbatov.

"It happened before with [Peter] Schmeichel and [Carlos] Teves going to Man City.

"So it's a choice of the player and probably it was going to be disappointing to see him go there, especially for the fans.

"But, we don't know what the truth was. Was it contact with City? What did they speak about? Or, in the end, was it just a rumour and he never wanted to go there?"

On how he believes Ferguson would have reacted to seeing Ronaldo in a Man City shirt, he added: "Luckily, we will never have to find out.

"But if it is true that Sir Alex gave him a call to speak with him to find out whether he was going to City then we see the outcome of that phone call.

"And, probably, if we are judging by that phone call, there was truth that City were interested in him and Alex Ferguson took it upon himself to intervene.

"That shows that maybe he wouldn't have taken it lightly, him going there."

Ferguson signed Ronaldo for United the first time round back in 2003 and the Portuguese played under him for his entire stint at the club.

The duo are said to have a father-son relationship; a special bond that Berbatov remembers observing himself when he was at United.

And the former Red Devils, Tottenham and Fulham striker believes this would have helped Ferguson in convincing Ronaldo to snub City for United.

"When you are a great football player sometimes the manager is going to give you more special attention," Berbatov explained.

"As long as you help the team win the game, this is normal in football.

"Sir Alex was very good at making a point to speak to everyone individually, so you didn't feel left out. Even if you didn't play he would know how to speak with you.

"So it was the same with Ronaldo, and in the end, we saw the results."

Ronaldo could make his second debut for Man United on Saturday when the Red Devils play host to Newcastle.

The striker has been training alongside his new teammates at Carrington in preparation for the match, but boss Ole Gunnar Solskjaer has a lot of attacking players to chose from.

* Dimitar Berbatov was speaking ahead of the launch of Betfair's new VAR-Batov series, where the Premier League legend will be judging the unfair moments in football that affect so many punters. Watch the first in the series on Betfair's twitter next week.