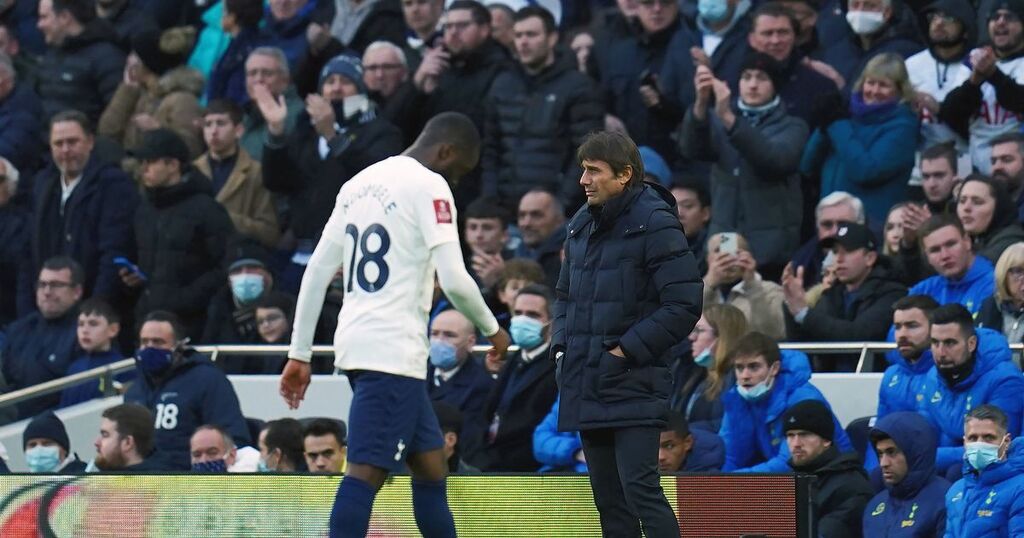 Former Tottenham striker Dimitar Berbatov has offered Tanguy Ndombele some advice after the midfielder was booed by his own fans against Morecambe last Sunday.

Spurs were trailing 1-0 to the League One side in the FA Cup third round when Ndombele was hauled off by Antonio Conte in the 69th minute.

Ndombele was then loudly booed by sections of the Spurs fanbase after refusing to run off the pitch, before heading straight down the tunnel.

The 25-year-old joined Spurs in the summer of 2019 from French side Lyon in a move worth £53.8m but has struggled to make an impact since joining the club.

And Berbatov has recently shared his view on the matter, while also admitting that he hasn't been impressed by Ndombele's performances at Spurs.

"The situation for Tanguy Ndombele isn't good for him, and things clearly aren't working out,” Berbatov told Betfair.

“I've not seen him impress at Spurs and they spent a lot of money on him, I wasn't convinced when they spent that money and there haven't been any performances since he signed to change my mind. There's clearly an issue.

"It's never good to be booed by your own fans, that's terrible and the solution is very easy. If you're not happy, if you don't get the playing time you deserve you go and speak to the manager, Conte in this case, and see what your position is in the team.

"If you get assurances about more playing time then you start training hard and overcome these difficulties, if not then you want to leave. If he is to leave, hopefully Spurs recover some of their losses."

Spurs later went on to turn the game around and win 3-1 thanks to goals from Harry Winks, Lucas Moura and Harry Kane.

When asked about the crowd’s reaction to Ndombele after the match, Conte said: "I was so focused on the game because we were losing 1-0. This type of situation, they are in football.

"You have to be good to try to change your opinion. If someone is disappointed with you. It's normal.

"I was a player and it happened sometimes to me that someone was unhappy with my performance. This is our life. I repeat, it's OK. We have to continue to work and try to be better next time.

Ndombele was left out of the squad for the Carabao Cup semi-final second-leg against Chelsea, which sparked further speculation over the player’s future at the club.

However, Conte later revealed after the 1-0 defeat that the decision was a tactical one.