Digested week: which Squid Game are you on, my six-year-old asks 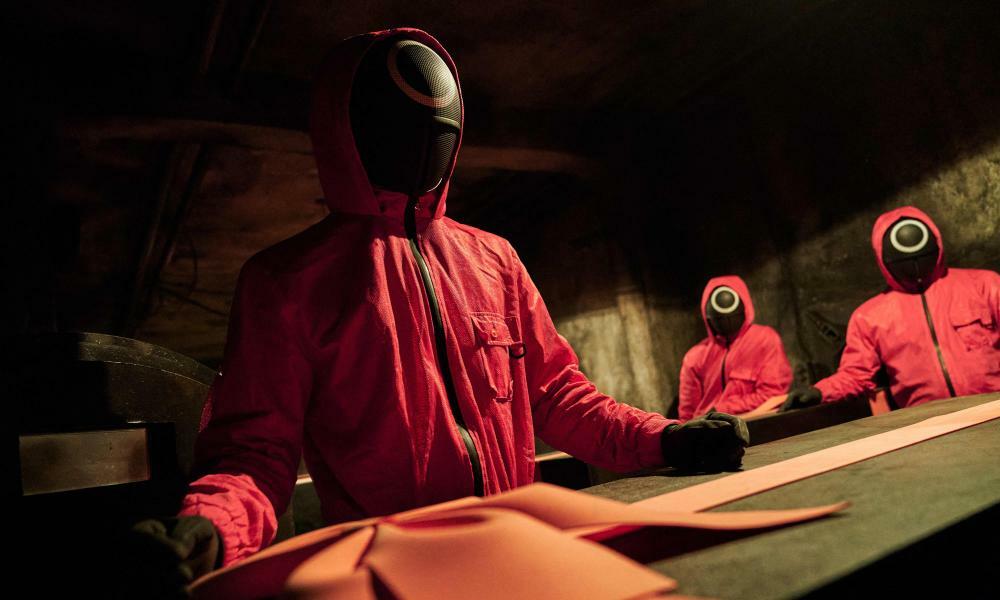 Before you can even get to the story, the numbers are staggering: there are 78,000 teachers in the New York City public school system, employed across 1,800 schools and with an annual operating budget of $38bn (£28bn). The substitute teaching pool is 9,000 people strong, beyond which there are a further 5,000 substitute teaching assistants who as of this morning, said the mayor’s office, were ready to step in should the Covid vaccine mandate for teachers lead to gaps in the system.

A week earlier, nursing homes and hospitals in the city had gone through a similar drill, with astonishing results. Statewide, the week before the vaccine mandate came into effect 84% of nursing home employees reported having had at least one shot. Practically overnight that number flew up to 97%. In some parts of New York, nursing homes reported 20% increases in just a few days.

Last Friday employees at the city’s schools were told that if they didn’t show proof of at least one vaccine by the end of the weekend, they would be put on unpaid leave. Three days later, the number remaining unvaccinated was 3,000 – higher than expected, perhaps, given the assumption that the people teaching our children are 100% sensible.

But still, as percentages go, these weren’t bad. “Ninety-five per cent of all full-time DoE employees are vaccinated, 96% of all teachers, 99% of all principals,” said Bill de Blasio, the mayor. Similar upsurges were going on in the private sector, too. At United Airlines, news broke that the airline had hit 99% compliancy with its own vaccine mandate, with only 600 out of 67,000 staff fired for holding out. There were similar numbers at Delta, which last month announced it would be adding $200 to the cost of the company’s monthly healthcare package for unvaccinated workers, a very persuasive argument, as it turned out.

The loophole is religious exemption laws. For years before Covid, anti-vaxxers claiming to be Orthodox Jews or devout Christians would trek downtown to the Department of Education offices and present themselves as holy abstainers. Given the public health risk of approving these claims, there should be an oversight system in place at least as rigorous as that attending suspect green card marriages. Want to claim religious exemption? OK, show me evidence of your baptism, your first Bible camp, your prayer circle, your study group, plus please answer the following questions: when did you first get to know Jesus? What did you love about him most? What’s the most memorable thing he ever said? Which side of the bed do you keep your Bible on? Have you ever been on pilgrimage together and do you have the photos to prove it?

“You’re only doing it because it looks like England,” says a friend, and she’s not wrong. Every day after school I drag my kids 50 blocks north to the Cathedral of St John the Divine. It is one of the largest cathedrals in the world, with extensive grounds inside cloisters that look unmistakably English. More importantly, it runs an after-school programme subsidised by the Episcopalians that is excellent and reasonably priced.

I’m in love with this cathedral and its mild Anglican vibe. The first stone was laid in 1893, which I find myself being a bit sniffy about: not exactly Chartres, is it, I think, the sort of remark that provokes Americans, with some justification, to carry on hating the English. But there’s a pure white peacock wandering the grounds. (He’s called Phil and they feed him on cat food.) On the flagstaff, the Stars and Stripes hangs beside the Episcopal flag, which encompasses the red cross of St George. After drop-off I walk past the cathedral’s stone steps and consider how even the word “vestry” is deeply soothing. Out-of-control nostalgia: maybe it’s time to come home.

In the ledger of pandemic winners and losers, here comes Warby Parker, the US equivalent of Specsavers, a low-cost eyewear firm that publicly filed for its IPO this summer and promptly gained entry into the “I can’t believe they said that out loud” hall of fame. Addressing customers and investors, a company spokesperson broke the good news that recent surges in screen use in America had done wonders for corroding the nation’s eyesight and improving Warby Parker’s bottom line.

Other companies have made innovative play of the pandemic. A black truck emblazoned with the words “Wilmore funeral home” recently drove around Charlotte, North Carolina, with the message “don’t get vaccinated” on the side, to encourage, er, business. (Obviously there was no Wilmore funeral home, it was a PR stunt by an advertising agency acting for the public good, or at least acting on the assumption that being seen to be good might be good for business.)

In New York, meanwhile, plucky underdog Macy’s took on Amazon last week, to try to prevent it from renting 2,200 sq ft of advertising space on a hoarding outside its store. As with Barnes & Noble before it, Macy’s, a former giant of bricks and mortar retail, finds itself in the role of mom and pop store valiantly staring down the Amazon T-rex. We’re not far off, surely, from cheering on Walmart, ye olde megamart and former title holder of worst place to work in America, as the valiant little guy standing up to its – incredibly – even more evil successor.

It’s the eve of the opening of the new James Bond movie in the US, and photos of Daniel Craig looking like an ageing matinee idol abound. It’s all there: the receding lips, the waxy sheen, the haughty demeanour, plus a lot of very tedious interviews. (Sample insight from the New York Times: “Believe me, I’m completely a mere mortal.”). He’s about to play Macbeth on Broadway, God help us.

I’m too caught up in Squid Game to look at Bond, pushing through seven hours of the violent South Korean show in three days. No spoilers, but in broad outline – and like so many hit shows, from Mare of Easttown to, sorry, even bits of The White Lotus – it starts off incredibly strong, wobbles in the middle and falls off a cliff at the end with a Scooby-Doo finale.

“Which game are you on?” one of my six-year-olds asks, and I regard her with horror and amazement. My kids don’t have independent access to Netflix, but – who knew? – the show has already been turned into multiple worlds on Roblox. “Is there killing?” I ask. “Yes,” she says. “What happens when someone is killed?” “They explode into a thousand pieces.” She looks delighted. (I check, obviously; the graphics are rubbish. When someone is “killed” their blocky head falls off and their body inoffensively pixellates.) We retreat to different parts of the house and our age-appropriate versions of this horrible show.

There’s horror everywhere. We have spent much of the week talking about the man in Illinois who – brace yourself – woke in the middle of the night to find a bat on his neck, a colony having set up home in his loft. He got rabies – the first person to have caught the disease in Illinois since 1954 – refused the anti-rabies vaccine and died a month later, presumably fitting and frothing at the mouth. There’s an effective pro-vax ad campaign somewhere in there.